Pickr’s 2022 Back to School Laptop Guide for High School

Not sure how to buy a laptop for high school students in 2022? We’ll talk you through who to talk to, what you need to know, and offer a suggestion or two.

It’s not just the little kids that will need a laptop for the 2022 school year, but big kids as well. Let’s call them “students”, because that’s what they are.

If you’re the proud parent of a teenager or two or three making their way to high school this year in need of a laptop, or even one already there who might need a replacement, you might find yourself staring at a sea of choices and trying to work out which one.

Which one indeed. After all, there are specs and sizes and prices and so many questions worth asking before you settle on a laptop for the next year or five. So where do you start?

Talk to your school about BYOD

If you can, start with your school and talk to someone there about their BYOD policy.

In schools and the working world, “BYOD” stands for “Bring Your Own Device”, which means exactly what you think it means. As very few schools will supply a laptop for your children, it is incumbent upon you to bring the device to school.

However, to keep things easier for a school (and potentially its tech department), schools will often have BYOD guidelines and advice, with recommended minimum requirements school years will need. Some schools may make suggestions, while others may just list suggested specifications, something we found at Woolooware and Fort Street, though these are clearly just a handful of schools across the country.

The software will very likely be provided by your school unless otherwise noted, but the hardware warrants a conversation with your school, simply because once you get a gauge of what’s needed, you can sort through the specs. 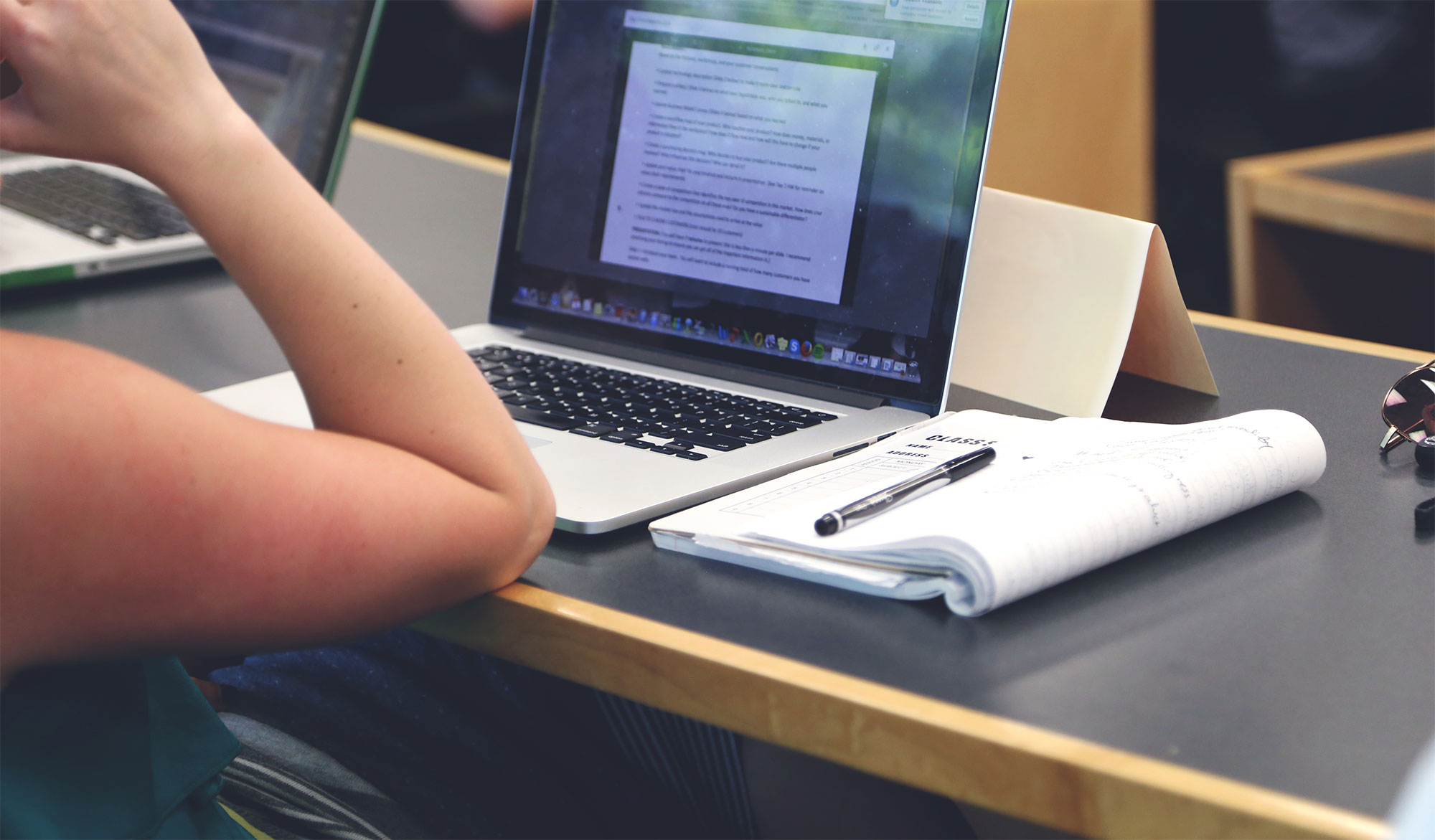 And sort through the specs you will, because they are clearly important.

A minimum of 8GB RAM and a recent processor would be recommended for Windows and Mac regardless of what computer you buy, with at least 128GB storage, but if you’re buying for several years, think at least 256GB or 512GB. The more storage you have, the more you can store, while the more memory you have — RAM — the more browser tabs you can run and the smoother your experience is likely to be.

You’ll also want to think about screen size, because much like what we wrote about in our 2022 primary school laptop guide, screen size also decides how big of a laptop you’ll have, which in turn affects the back and backpack.

With teenagers and young adults, a smaller laptop doesn’t typically work quite as well like it does for kids, and they’ll probably want a bigger screen for more real estate, plus a decent keyboard, at that.

As such, think of a 12, 13, or 14 inch computer as being the optimal screen size for high school, with 15 inches veering to being just a little too big, and 16 and 17 possibly way too large, as well.

High school laptops should be versatile

Depending on what your kids want to do, those specs may also want to be flexible.

For instance, if your teen wants to be a game developer, you may want to get them a laptop with a graphics chip built in, looking for a reference of “AMD Radeon” or “Nvidia Geforce” in the specs. Alternatively, if you’d prefer long battery life, you may want to consider one of Apple’s M1 laptops, such as the M1 MacBook Air which can last a workday with no problems.

High school laptops should ideally be for more than mere productivity because, while students will definitely be using them for work and productivity, they may also want to expand to other areas as they’re growing. A wealth of options are available, so before you buy, aside for consulting your school for the BYOD guidelines, consider talking to your kids about what they want to do in school. 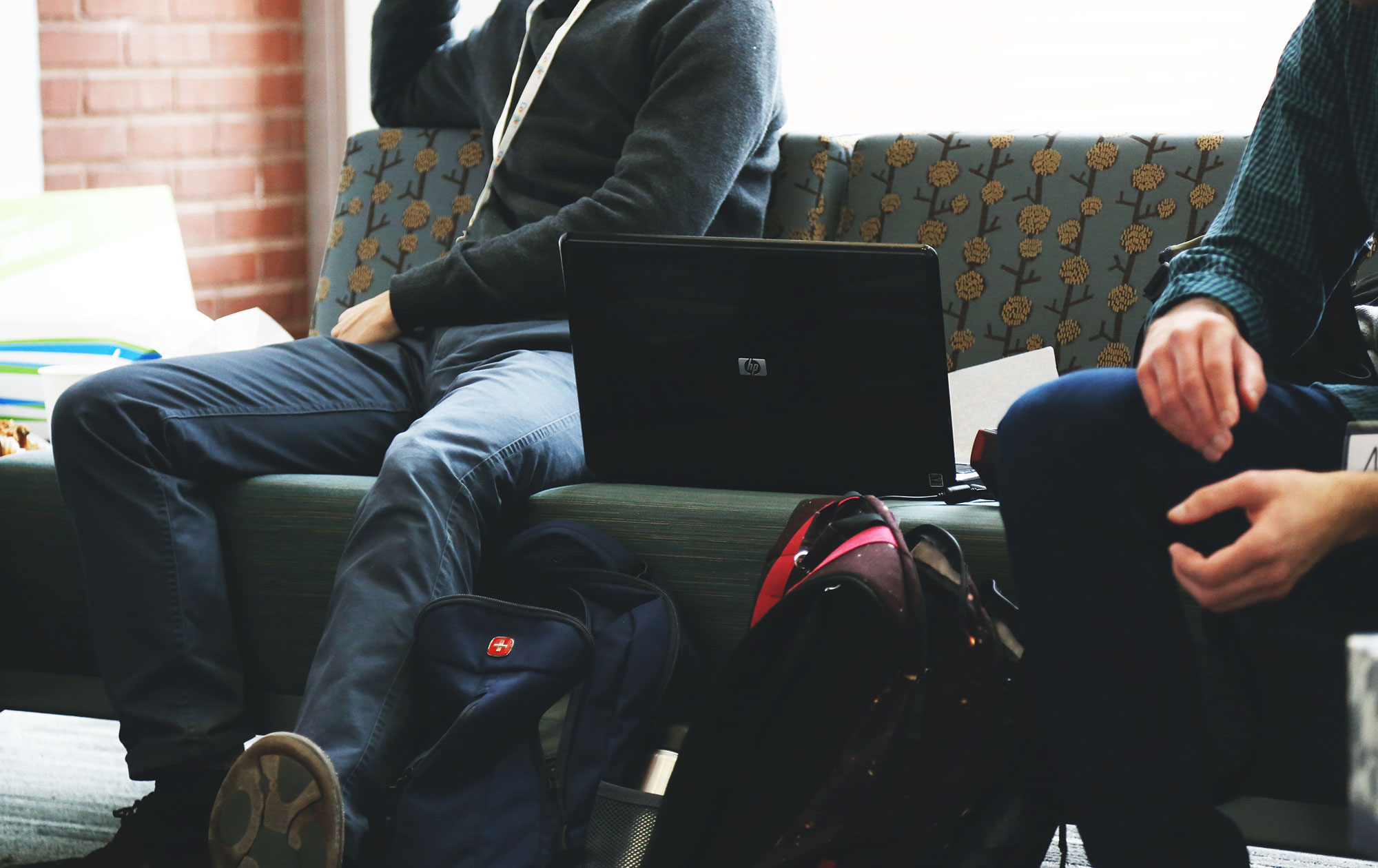 You’re buying a laptop for a few years, not one

It’s important to remember that laptop purchases aren’t just a single year thing, and ideally, we’d recommend buying a laptop that can last between two and four years. The more time your high school laptop lasts, the better, which is why you’ll ideally want it versatile and capable.

That may mean spending a little bit more than you originally intended simply because the laptop is meant to last longer in general, but also buying a case for it to keep it protected, and possibly an extended warranty, such as AppleCare if you buy a Mac.

With good hygiene, a notebook can last several years, which means getting the most out of your dollar in general.

Can you buy an iPad for use in high school?

As to whether you can buy an iPad for high school in Australia, again that’ll come down to what your school recommends.

While iPads are used by some schools in Australia, in high school, the programs may not accommodate the operating system on the iPad, iPadOS.

They can still be very, very useful, but before you go out and buy an iPad for students, check with your school first.

Laptops and tablets for high school students in 2022

Once you’ve checked with your school, chatted to your kids, and worked out roughly how much you’re happy to spend, it’s time to check out some laptops.

There are loads of them, of course, and there’s no way we’re going to list all of them. A simple glance online or a browse at your local electronics or office supply store will offer a list of manufacturers you probably know, and maybe even a few you don’t.

Ultimately, you’re looking for something that fits the bill from a name you trust and are happy to spend money with, so here are a few that could work for your high school student. 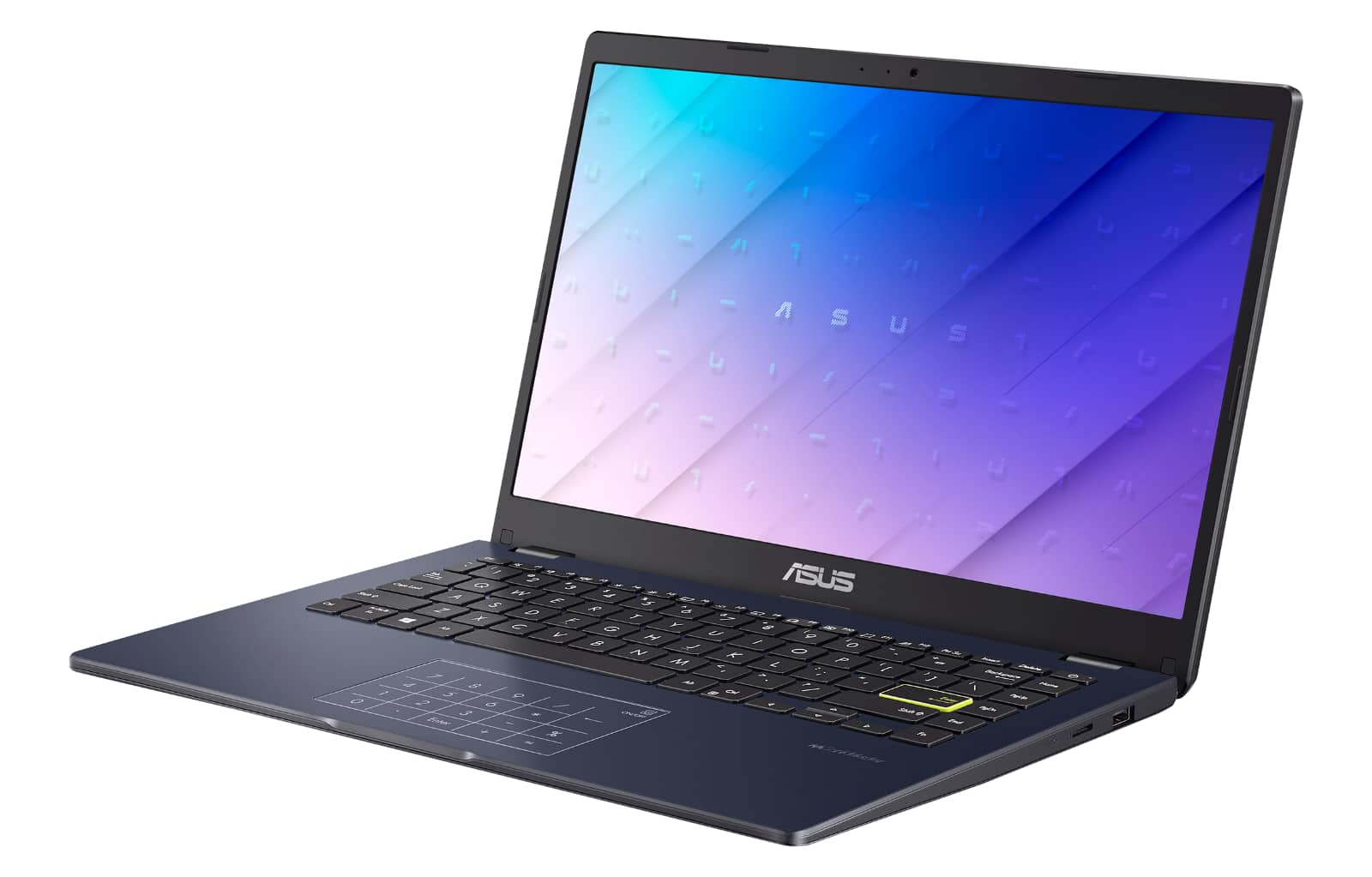 We’ll start at the low-end with a 14 inch computer that just barely gets in with a modest amount of specs that should be good enough.

The Asus 14 inch E410 isn’t going to be an amazing machine beyond productivity, but it does come with 8GB RAM, 256GB storage, and a 14 inch Full HD screen, which should make it more than enough for a few years of school.

We’re not sure if the E410 will necessarily be super versatile, and the Pentium chip on-board really tells us that it’s probably going to be best at productivity and office work, but if you have kids who don’t quite know what they want, and you want to save some money, this is one way to do it. 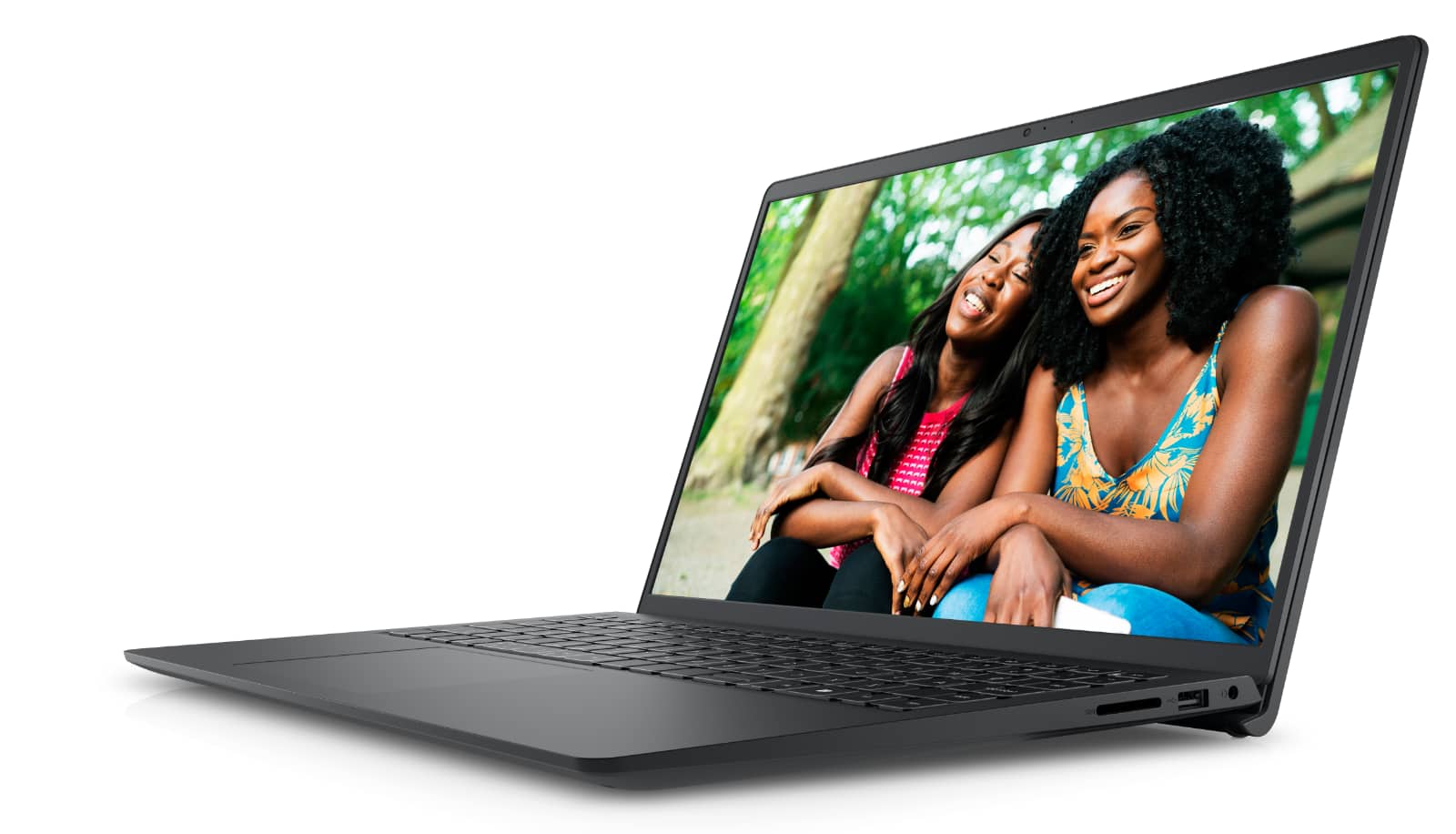 Spend a little more and you might find your way to the Dell Inspiron 15 3000, an aptly named 15 inch notebook that gets in a little more for the extra dollar-bucks.

In the AMD-configured option, there’s a Radeon Vega 8 graphics chipset, handy if your kids intend on doing a little more, while the chip is paired with 8GB RAM and 256GB storage, as well.

We’re still not talking the best of the best as far as specs vs performance goes, but if you’re after productivity plus a little bit of versatility, and the kids don’t mind lugging around a 15i inch laptop, Dell’s option could suit. 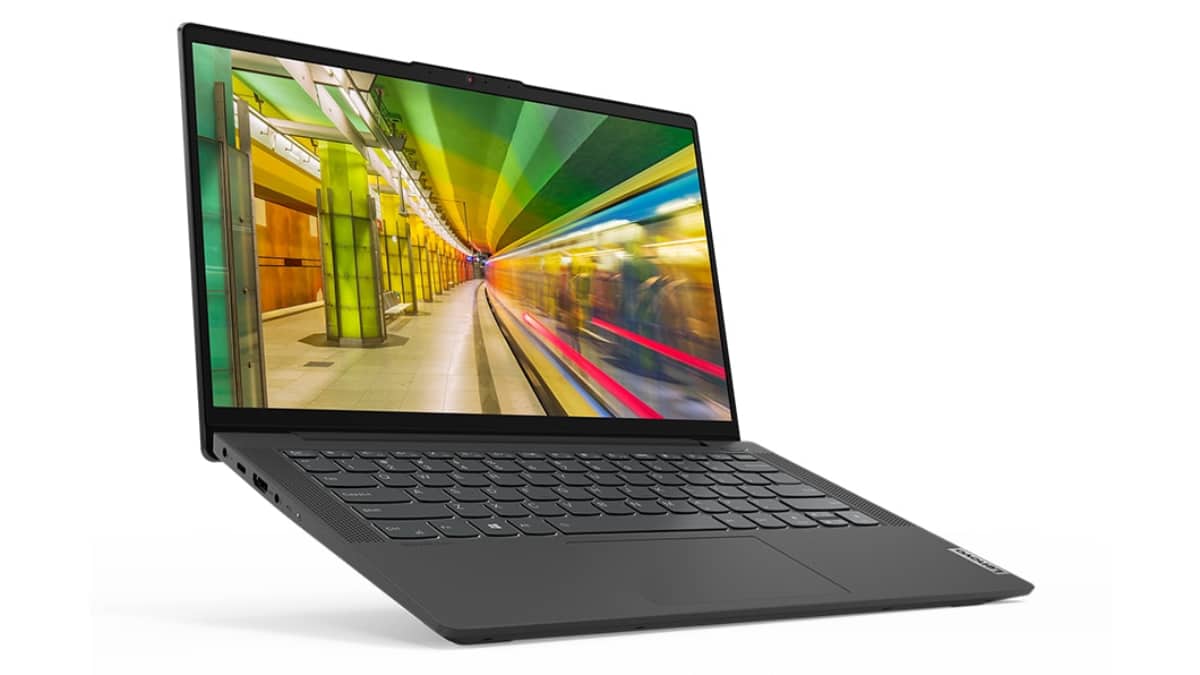 A little more expensive again, Lenovo’s IdeaPad Slim is like the Dell, but with a little less on the screen size, cutting it back to 14 inches and removing a good 400 grams in the process.

The IdeaPad Slim 5 is a 14 inch lappy with an AMD chip and graphics under the hood, plus the expected 8GB RAM and 256GB storage, which should be enough for a few years. 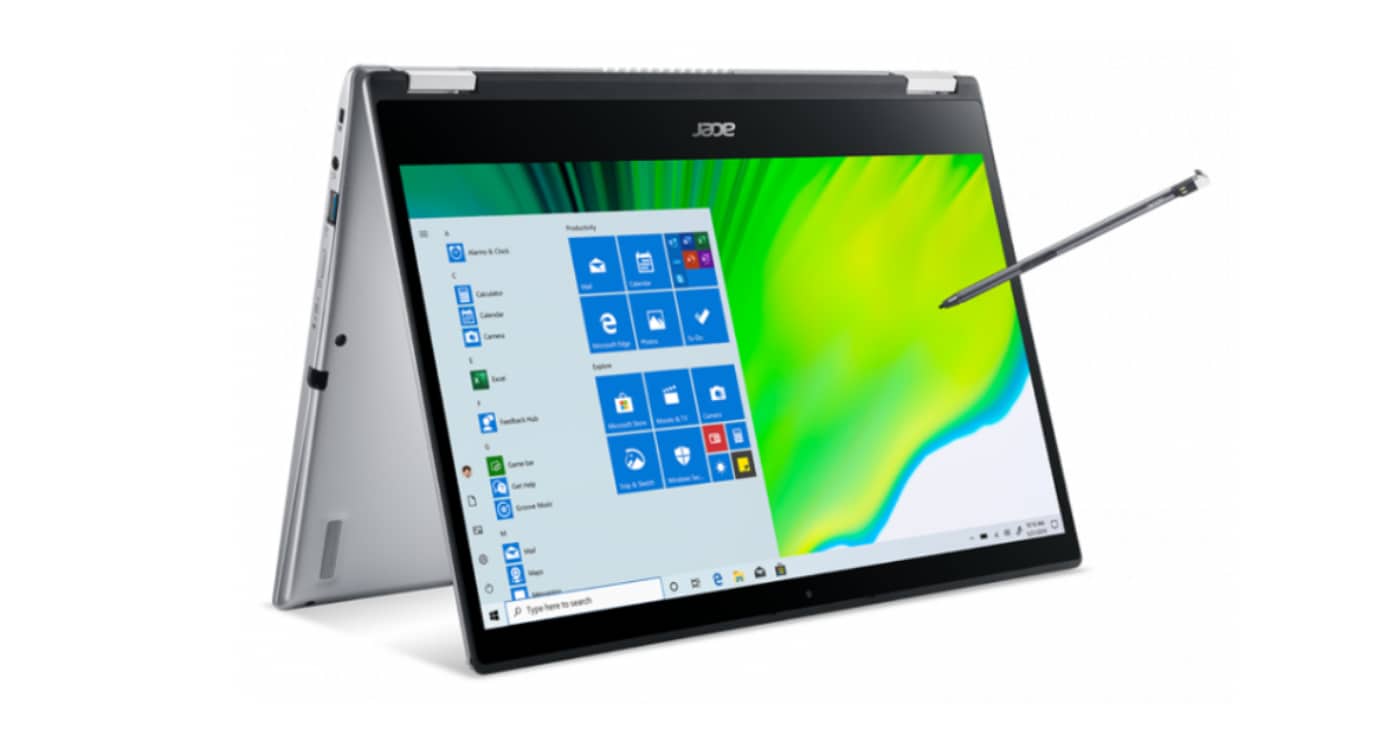 Acer’s approach to a hybrid laptop with the specialty hinge that works a both a laptop and a tablet comes in a few computers, and the Spin 3 is another.

There’s that specialty hinge on a 14 inch screen, 8GB RAM, 256GB storage, and there’s even a stylus in the box, making it ideal to work as both a laptop or tablet, and one you can scribble notes in. 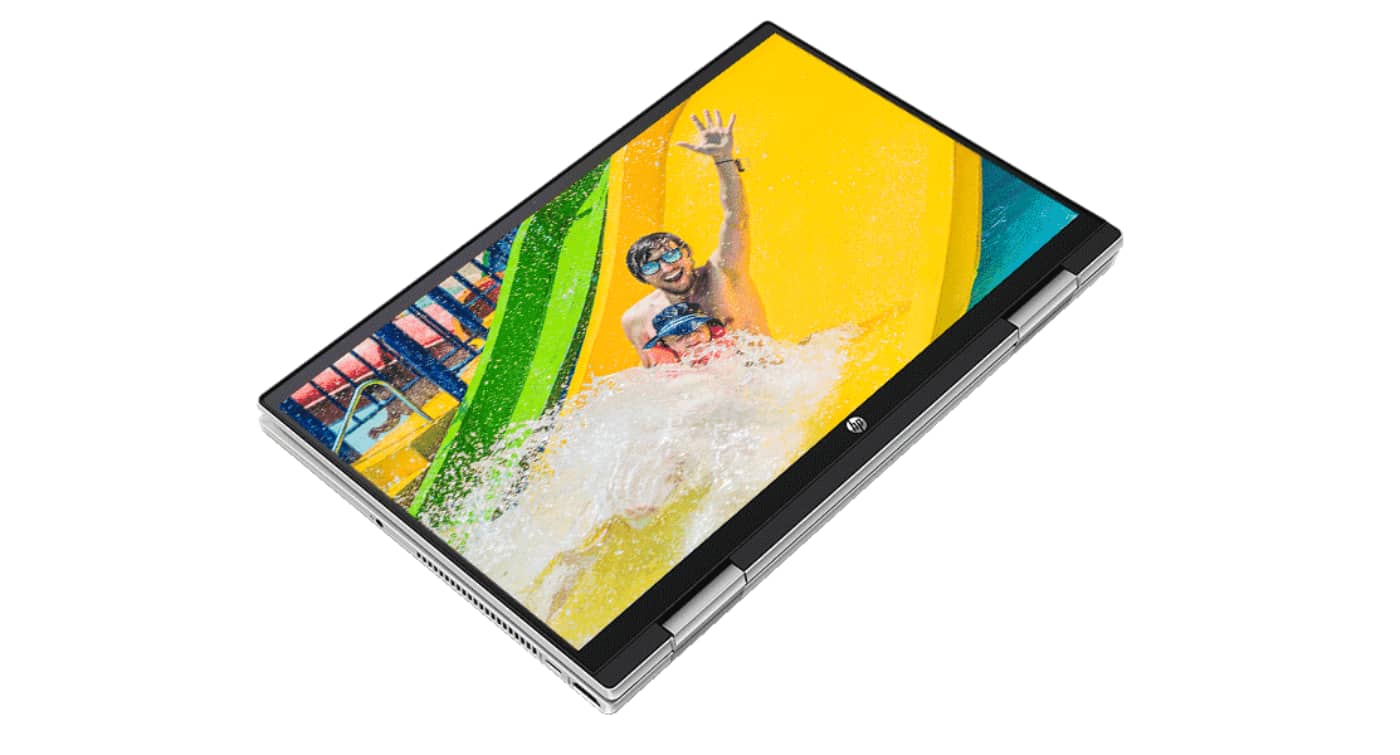 HP’s take on the hybrid laptop appears to be quite similar to Acer’s, marrying 8GB RAM and 256GB storage to a laptop and tablet design with a 360 degree hinge.

It’s essentially the HP take on much the same, with another option for a combined device if you prefer HP over other brands. 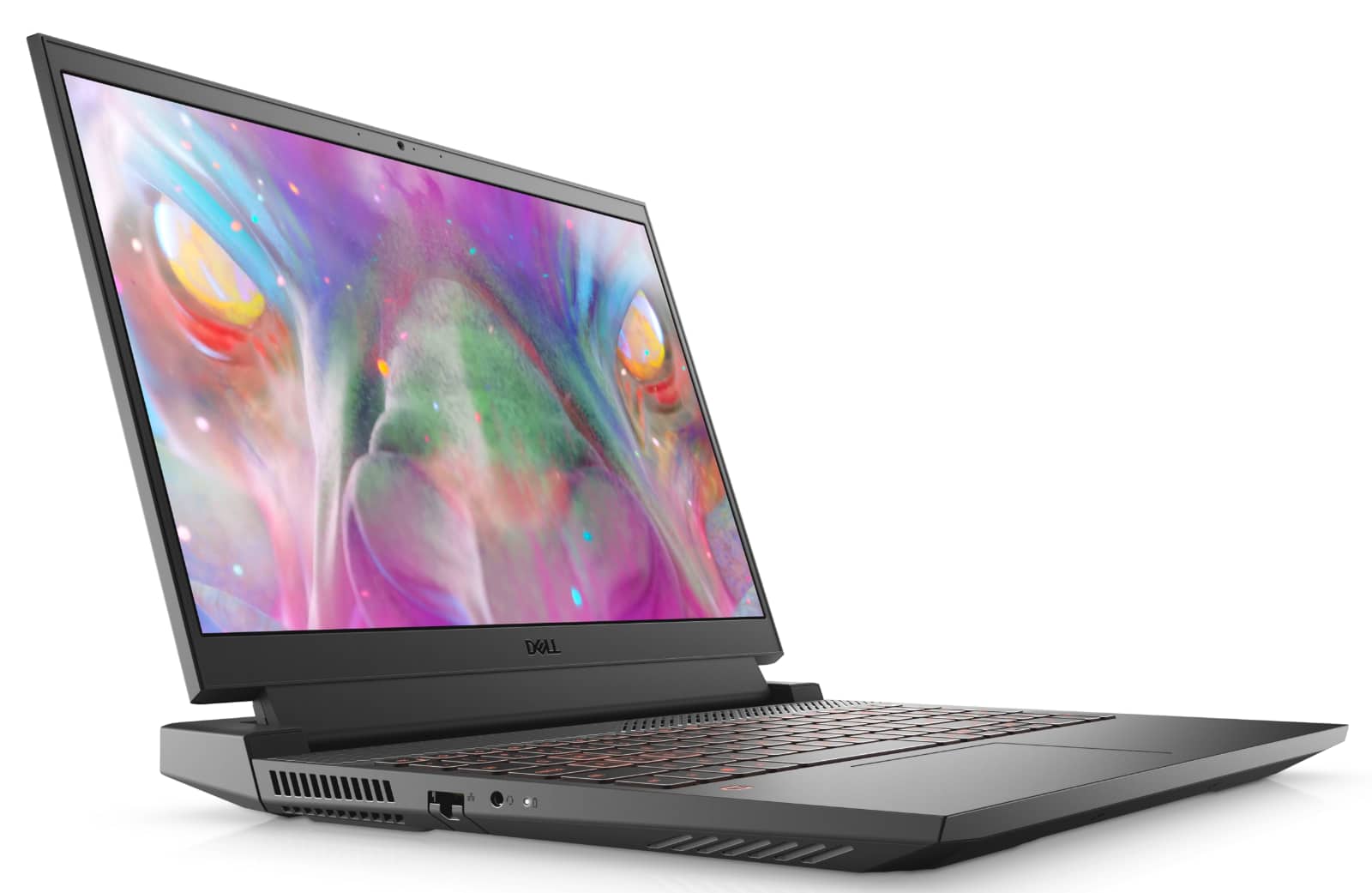 If you’re a parent of someone who wants to be a game developer, or maybe has the need to use graphics in their studies, you might want to consider a laptop made for gaming. Not specifically because it’s made for games, but rather because it has hardware for games that can be used for other things.

Inside the G15, there’s 8GB RAM and 256GB storage, plus a Geforce GTX 1650 graphics chip, though it does come in a computer with a 15 inch screen and a 2.4 kilogram weight, making it not exactly back-friendly, even if it has the hardware to be versatile. 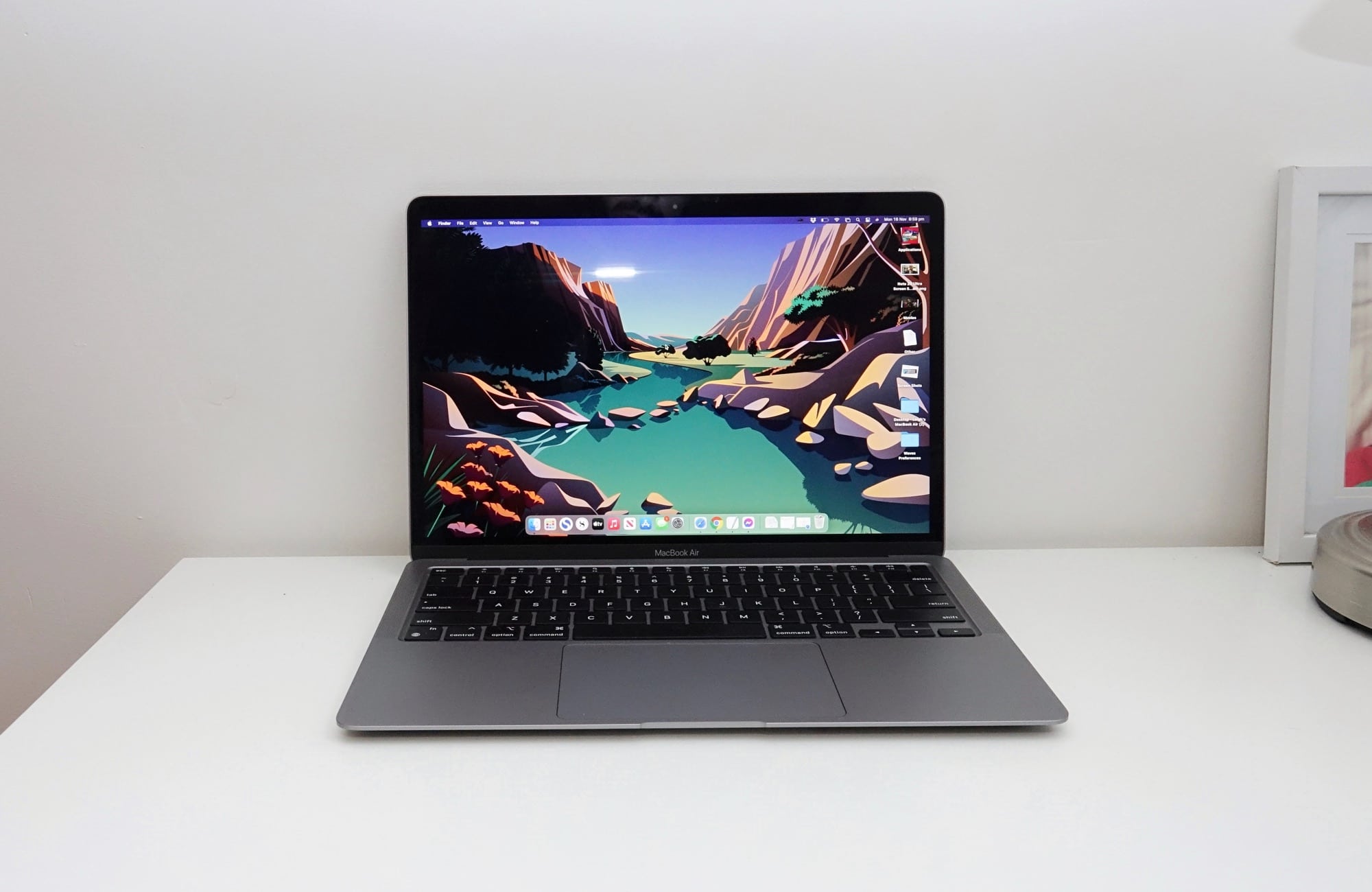 One of our favourite computers from the past two years, the 13 inch MacBook Air hits just about every level of everything a teenager could want in high school, provided you’re happy to pay for it.

The screen is great, the performance is top notch, the battery life is superb, and the whole thing comes together brilliantly. Frankly, it’s one of the best laptops you can find.

Priced a little higher than the MacBook Air, Microsoft’s Surface Laptop 4 is basically the Windows equivalent of the MacBook Air, delivering the best of Windows in a computer that’s kind of like an Air, but not.

At its $1498 starting price, you’ll find 8GB RAM and 256GB storage, which is a bit of a starting point, but outside of this, the screen is great, the performance is solid, the keyboard is comfy, and the battery life is pretty good, too. 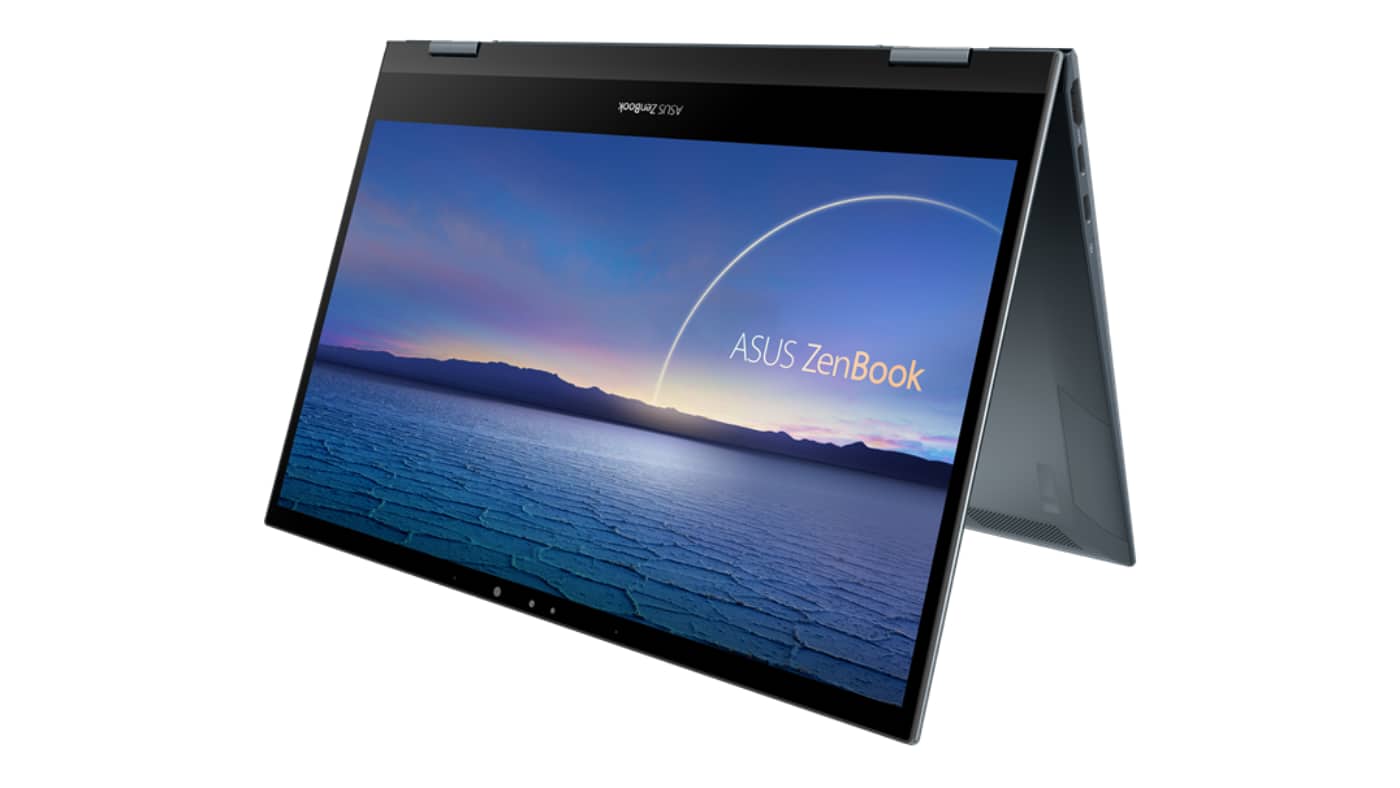 A 2-in-1 equivalent of the Surface Laptop, Asus’ ZenBook Evo provides a special hinge that allows the laptop to be both regular clamshell laptop and a tablet, folding the screen at the back.

Specs on the ZenBook Evo Flip cover a recent Intel Core 11th gen chip, 8GB RAM, and 512GB storage, all of which should be enough for a few years of high school, too.