With Christmas 2018 well and truly over, Australians can settle into the Boxing Day sales. Here’s what’s on offer from Australian tech sales.

This year, the sales extend all around the web, and come from all sorts of retailers, allowing you to find bargains both in-store and online.

The little robots of Anki will see a slight price drop for the Boxing Day sales, with both its Cozmo and Vector falling in price.

One of the world’s biggest marketplaces is putting on quite a sale for Boxing Day, with the post-Christmas sales going gangbusters on technology.

This isn’t a totally exhaustive list, but Amazon has told Pickr that the Amazon Boxing Day sales will include:

You’ll find these on sale now, with the prices expected to finish 11.59 PM on December 27.

Dell’s putting quite a big sale on its gear, with computers across Dell and Alienware available as part of its Boxing Day sales, and monitors, too.

Alienware machines just get straight cash off, with between $50 and $1200 off, the latter of which can be found own the Aurora R8 desktop.

eBay will also see a few deals, with the Dyson Hot+Cool Fan and the V8 Cordless Vacuum both seeing $100 off, while eBay will also have an assortment of technology for 20% off, a sale that has been running from before Christmas.

Stock may be limited of the 20% off sale devices, but they include the Bose QC35 Generation 2 noise cancelling headphones, the Bose Sleepbuds, the Bose 500 Soundbar, the LG 55 inch B8 OLED 4K TV, and Samsung’s Galaxy Note 9 handset.

Harvey Norman’s sales are pretty wide, with a lot of emphasis on computers, dropping the prices up to 20% on computers from Acer, Asus, HP, Lenovo, Microsoft, and others.

There are also price drops on TVs aplenty, headphones, cameras, and a $100 fall on Sony’s XB31 wireless speaker with flashy lights, leaving it at $128.

One of Australia’s largest technology retailers will be taking quite a bit of cash off selected items, allowing you to save money on gadgets if you’re prepared to face the crowds.

Samsung’s 4K TVs will drop to just under $1000 in the “NU” series, while the Q6 QLED will see at least $500 off and cost $1495. In fact, JB’s price falls on TVs will see price shifts across the available range of TVs, with drops on Hisense, LG, Panasonic, Samsung, Sony, and TCL screens, to name but a few.

If you’ve been eyeing a new Nokia phone, its local team sends word that JB HiFi will be selling Nokia handsets at a 20 percent discount until January 1, with the sale lasting one week.

Devices in the sale include:

There are also price drops on other phones, including those made by Samsung, while smart devices like smart speakers and smart displays see a price shift for the Boxing Day sales, too. In fact, Google’s Home Hub will drop to $199, while Lenovo’s 10 inch Smart Display will fall to $299 and come with a Google Home Mini.

Microsoft may only have one official Australian store (at Pitt Street Mall in Sydney), but it will be offering up sales there and at its online presence for Boxing Day and until January 2, 2019.

The deals from Microsoft are unsurprisingly on Microsoft’s gadgets, including the Xbox and Surface, though you’ll find a few others, too.

Over on the Xbox side of things, the Xbox One S comes in bundles with games from $299, while the Xbox One X starts at $599. Select Xbox One controllers will also see a 15% price drop.

Microsoft will also drop the price of several Surface models, including first-generation Surface Laptop computers (from $1099) and last year’s Surface Pro (fifth-generation, from $1199), while Microsoft’s team says the Surface Go now starts from $498, though we’re not sure exactly what’s changed since that’s the original price.

Alongside Microsoft’s own gear, it will cut $200 from the cost of select Razer laptops, up to $500 off select Asus & Dell PCs, and up to 20 percent on Bose audio gear.

One of Australia’s most unusual pairs of headphones will see a 20 percent price drop for the Boxing Day sales, running from December 26 until 5pm on December 28, though only from the Nura website.

These will be joined by price drops on compact cameras, GoPro action cameras, memory card, binoculars, drones, and handheld gimbals. 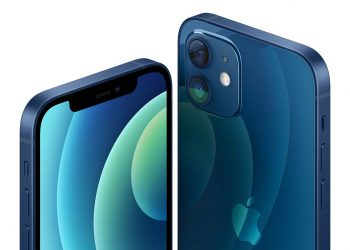 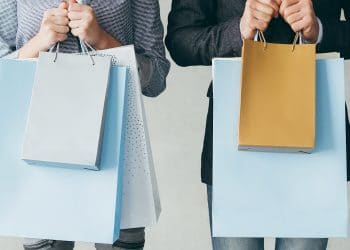