How to get your kids learning to code

It’s Computer Science Education Week, and while you could run out of breath saying that three times fast, we’ll bet you’re more interesting in teaching your kids to code. So how do you get your kids interested in coding?

There’s an idea going around right now that suggests most kids will need to learn some element of coding or have some experience with it moving forward, and that speaks volumes about how digital our world is becoming.

It’s not hard to see why this is the case, either. Digital development drives so much of what we do as humans now, and many jobs will be going the way of the dodo if we don’t find a way to connect them with the world of software and web development.

With this in mind, parents should be willing to embrace the idea of getting their kids to understand the structure of development, the breaking up of elements that is needed for apps, for games, for utilities, and for websites, if only because it could one day help them in life, especially if their school starts courses in development, which so many are considering.

So how do you get kids interested in development?

Easy: you show them that coding can be fun, and that learning it is fun with programs designed to teach them the basics of coding and the style of language every programmer knows.

And for the parents out there wondering if this could benefit them too, stick around, because Computer Science Education Week isn’t just about getting your children’s skills up, but potentially yours, too.

Own an iPhone or an iPad? Awesome, because you can actually start learning how to code here.

More games and apps designed to teach the basics of coding tend to pop up on Apple’s iOS than anything else, and Apple even makes one itself, so provided you have a relatively recent iDevice, you can get coding pronto.

Made for the littlest of people and their parents, Daisy teaches the bare basics of development in a simple and easy fashion, asking kids to drag and drop the right functions to demonstrate how functions are built.

Think of Daisy as the Barney of the programming world, only in a way that won’t fill you with rage. (Daisy is pretty cool, Barney was just annoying)

An educational title all about helping you learn how to move objects in a functional way like you do in development, Cargo-Bot follows much of the same as everything else in the list here, except for one difference: it was made on the iPad.

Yep, thanks to a coding platform on the iPad, Cargo-Bot was created on the iPad, making it the inception of development tutorials.

Following much the same principle as everything else here, Lightbot teaches you the step-by-step functions with a little bot you move around who is always trying to reach a light.

The “Code Hour” version seems especially useful, since it’s designed to go with Computer Science Education Week, while a more comprehensive Lightbot exists if you happen to have a few bucks you’re happy to spend.

Without doubt one of the best ways to start the coding lessons on an iPad (and a recent iPad at that), Swift Playgrounds is Apple’s fun learn-as-you-code experience that offers a very direct what-you-see-is-what-you-get gameplay experience.

Playing with Swift, kids will essentially learn what functions are and watch as characters act out the various elements with an almost interactive markdown experience, typing the code and watching it play back.

Probably the most complicated of the list, Hopscotch is like the Etch-A-Sketch of the education programming world, giving you a sandbox of interesting components to make your virtual animals do interesting things, such as draw or make tiny games.

While it is free, you’ll need to create an account before you get started, and some things will need to be unlocked over time. Still, there’s a degree of complexity here, so if your kids feel like anything else on iOS is a little too easy, Hopscotch could offer something else.

iOS owners don’t get all the fun, because Android has some of these apps, too, with the ability to learn the beginnings of code and what sets up the structure of developmental languages also on tablets and phones with Google’s operating system.

Just like its iOS equivalent, Lightbot: Code Hour gets kids with Android phones and tablets learning the basics of coding by walking, jumping, spinning,

Another of the learn-to-code titles, “Run Marco!” almost feels like a Dora the Explorer, except with coding, turning an adventure game into movement functions.

Again, this will break up movements into small sections, teaching how small sections of development work complete with an original story translated into 26 languages.

Both a browser game and one made for Android, Tiny Tap is a little different from there standard learn-to-code styles of game you see in this list, with a title that lets you create things, just not necessarily in the programming style.

Everything else (PC, gadgets, cross-platform)

Even if you don’t have an Android or an iPhone, there are still options available to you, with one of the more well-known games being used by kids also being used to teach kids coding, while other options include learning development skills with robots and another just flat out aims to bring courses to any device you own.

Price: Free, though a paid version is available

Minecraft. Your kids play it and you don’t get it, because seriously, what’s with all the blocks and skeletons and pick-axes?

Never mind that. Kids love it, and it goes gangbusters on every platform it’s on, ranging from PC to Mac to iOS to Android to Xbox to PlayStation– hey, it’s even on Wii.

But the version we’re talking about in this guide isn’t for the consoles, but rather for tablets, computers, and modern web browsers, because with Microsoft’s Hour of Code Minecraft training, you start kids off learning the basics of what makes an application using a game they’re already obsessed with.

And you might even learn something too, parents. Possibly about pick-axes or possibly about programming. We can’t say, maybe you will.

Marginally more adult than everything on the list, Human Resource Machine offers a multi-platform and more stylish take on the learn-to-program games.

You’ll find it on iPhone, iPad, Android, Windows, Mac, and Linux, and while it’s a little more stylised and game-like than Lightbox and Swift Playgrounds, it’s a very similar experience, provided you’re happy to pay $6.49 to $9.99, which is how much it roughly costs.

Sometimes learning needs to be a very tactile, hands-on experience, where you can see what you do has a direct and immediate impact on the real-world.

For that, you can turn to robotics, and there’s actually a robot product out there in the world and in Australian stores that can help kids and parents learn what makes programming work the way it does.

Sphero’ SPRK+ is easily one of the more interesting ways to get this developmental process kickstarted, affording kids the ability to see what functions have on a robot by getting it to travel a course, spin, and in essence do what they tell it to do.

Being transparent no doubt helps, simply because there’s a logical explanation for everything inside, and being waterproof and more resistant than previous models means parents won’t be afraid if kids decide to run the Sphero through paint and turn them into automated painting machines like a robotic Jackson Pollock.

Price: free, the courses range from free to $299

One of the last places to check out, Udemy is a course marketplace, offering educational programs in so many aspects of development, all you really have to know is what you want to learn and how much you want to spend.

We need to note that Udemy is more for adults, but kids and teens can definitely log on and see what it has to offer, even discovering some courses that anyone simply just needs to have the time available, because you do this in your time, not to a specific timetable like at uni.

The very, very, very last place to learn about coding, YouTube has hundreds upon hundreds of coding lessons available, and all you need to do is search.

Even this writer uses YouTube to find tutorials and demos to help communicate the message, because while they may not necessarily be as structured or well thought out as those on Udemy, they’re also free. And sometimes they are as good as what you can find on Udemy! 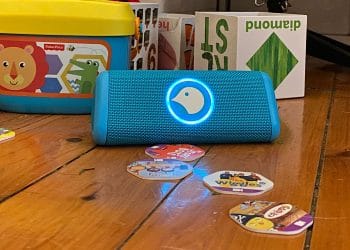 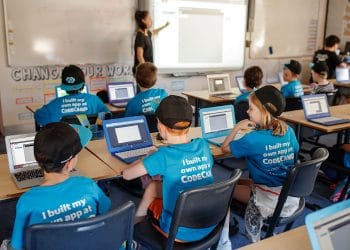 Code Camp looks to get kids building games this December 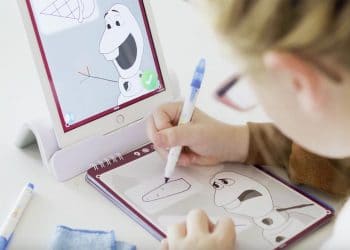