Getting internet at home is vital for most of us, but what if you don’t have a phone line, or are renting, or are doing a temporary stay somewhere? Optus has a solution, and it may actually be cost effective, if it weren’t for one little niggle.

A simple design for a simple concept makes sense, and since we’re talking about a product that aims to make getting online simple, that’s exactly what Optus has delivered, coming together with Huawei for a rather simple modem router.

It’s white, vertical, and fairly slender, with little chance of the product really getting in the way, and no external antennas to speak of.

There is a removable flap on the back, however, where two external antennas can be attached if need be. 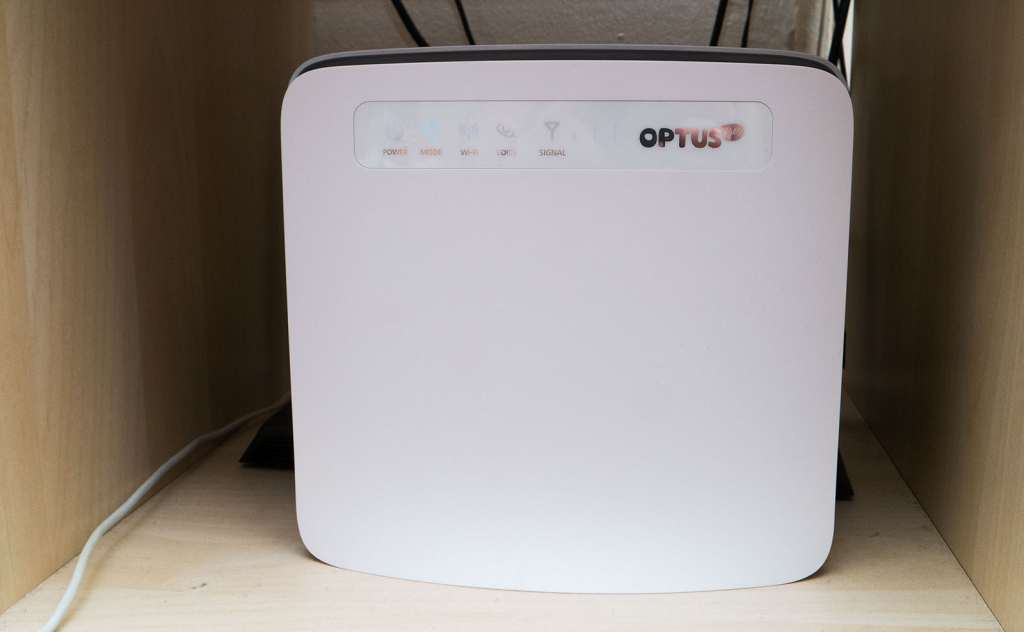 You’re technically receiving a Huawei E5186, and it’s a fairly unobtrusive mobile broadband modem with a wireless router inside and four ports for the devices in your life that are still of the wired variety, with two USB ports thrown in for good measure.

Inside the modem is a Category 6 4G connection technology, technically capable of speeds of up to 300Mbps down and 50Mbps up, though limited depending on the Optus plan you purchase the modem with.

WiFi connections over 802.11a/b/g/n/ac are supported on this modem across both the 2.4GHz and 5GHz bands.

Because the modem inside is designed to connect to Optus’ 4G network, it’s a modem that doesn’t need to be anywhere near a phone line, something we’ve not really experienced before. That means you can forget about a special bookshelf or IKEA Lack holding everything, and can just set this thing up in as close a proximity to the tower as you can.

Optus recommends it being placed near a window, but the better recommendation is putting the modem near a window nearest to the closest tower, otherwise the window placement really doesn’t seem to make a difference. 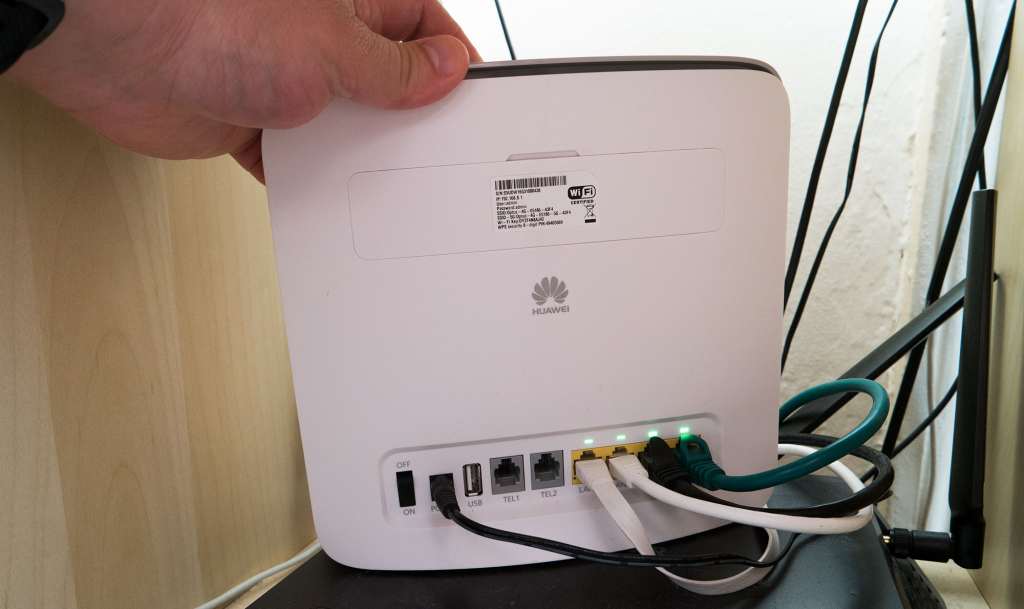 Setting up the modem is also easy, and if your experience is anything like ours, it will likely be ready to go out of the box.

With the SIM card already inside the modem, you really need to plug it in and you’re ready to go, connecting using the settings found either on a printed letter or on the bottom of the device, though fortunately you can also login to the modem’s web browser interface and change things, too.

That’s one of the first things we did, actually, shifting over the network SSID (name) and password to something we were more happy with, allowing devices we had already setup on our previous network settings to easily and seamlessly jump on. 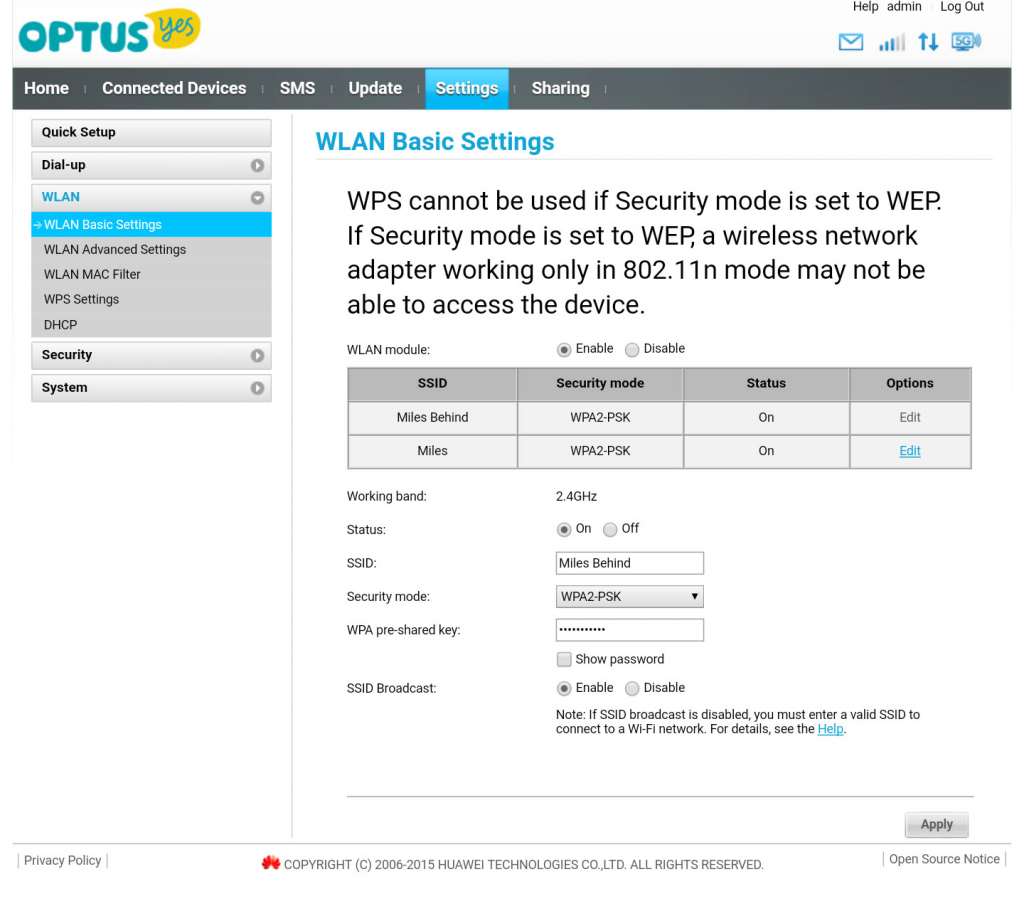 With the set up out of the way, it’s time to get stuck into the performance, and this is an area where results may vary, differing dramatically dependent on where you live and what your regular network setup is like, as well as the style of home you live in and how many devices you use at home.

Let’s tackle what’s expected first, because there’s an obvious expectation of internet performance here, and you will definitely get that. Bizarrely, Optus relies on what almost comes across as a distance measurement to the tower to determine mobile broadband performance, and while the Huawei E5186 is still just a 4G modem, you will find your mobile connection isn’t like that of a typical mobile connection.

Rather, it’s capped at the ADSL2-like 12Mbps down and 1Mbps up, limiting performance to be not too dissimilar from what you might experience in ADSL2. 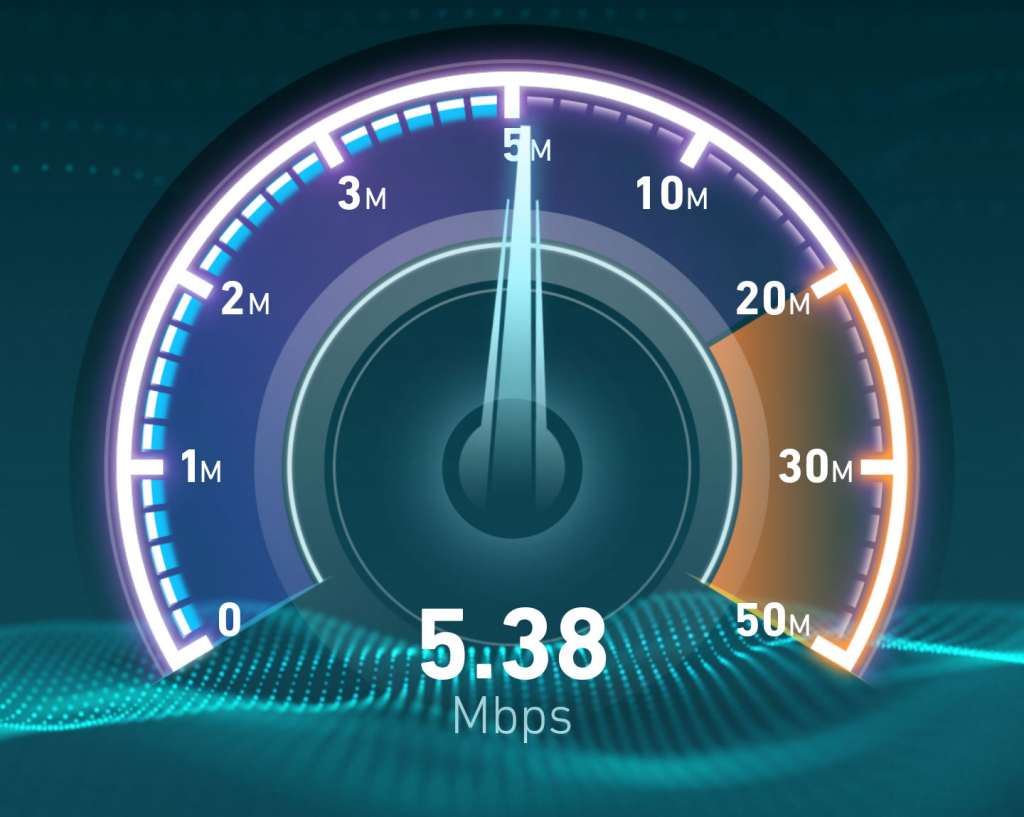 Testing the Optus setup in Glebe, we found speeds sat between 5Mbps and 7Mbps, missing the 12 maximum by a reasonable amount regardless of where we placed the modem.

That’s one of the positive things about going wireless: you’re not forced to go where a telephone is, and yet you can plug a telephone into the modem if you choose to, with up to four wired devices supported on the 802.11ac modem, capable of letting up to 64 devices jump on its connection at once.

Granted, we didn’t test it with that many, pushing only a good 20 or so, and much to our surprise, it handled the extra amount of connections quite well, dropping out with weaker WiFi connectivity upstairs, while sharing the upload connection between devices caused both the Sonos and AppleTV to struggle a little, pausing the music when the connection was being taxed.

For the most part, the connection appears consistent, with Optus retaining the 5 to 7Mbps speeds at most times, even if the 12Mbps maximum just doesn’t cut it in our eyes, with speeds barely faster than what people experience on fixed-line networks at home, and that’s if your position to the towers can give it to you.

And really, this odd performance maximum is what makes the Optus Home Wireless Broadband sit in a rather funny and curious position in the market.

At $80 per month for 200GB, the value for a wireless solution actually isn’t all that bad, though we’ve certainly seen ADSL2 and NBN plans bundle in more data for that price, so it might not be as obvious.

The value, mind you, is much clearer when you realise that $70 per month for the same modem will get you only 50GB monthly allotment on Optus, though there is a pretty clear catch: going down the route of regular mobile broadband will also get you a faster modem connection, thereby giving you a choice between a large number of downloads and a capped speed, or a quarter of the downloads and a whole lot more speed.

For us, the most confusing aspect of the Optus Home Wireless Broadband is the lack of capping at that maximum speed, especially when the modem is a Category 6 4G LTE modem capable of so much more than what it achieves in the Home Wireless Broadband configuration. It’s almost like it intentionally drives slowly, even though the motor is capable of so much more.

What is so confusing here is why the Home Wireless Broadband modem doesn’t just connect at 12Mbps and cap the speed there, throttling it back to maximum output in the plan of 12Mbps instead of emulating distance from the exchange or tower.

Simply put, if we use a mobile phone or 4G mobile hotspot, we’re going to see speeds in excess of 12Mbps from the same position, and yet our 5 to 7Mbps on the Optus Home Wireless Broadband was a maximum, and a frustrating maximum at that.

If the plan offers a maximum of 12Mbps — which it does — and a Category 6 4G device can achieve a maximum of 300Mbps but usually hovers between 25Mbps and 150Mbps — which most Cat 6 devices tend to do — why not just keep a persistent connection at whatever speed Optus can give you and then throttle it back to the speed advertised?

We’re not sure of the answer, and so we’ve asked. When Optus provides an answer, we’ll update the review accordingly, because right now, it’s a confusing place for the modem to sit in.

You should be able to get a certified 12Mbps speed from a 4G modem, especially in our country where we champion some of the fastest 4G mobile broadband speeds on the planet.

Why the Optus Home Wireless Internet connection can’t sit at 12Mbps all the time is beyond us, especially from a modem router Optus uses for its other 300Mbps users.

Network confusion notwithstanding, the modem router handles itself fairly well, but the more devices you have, the more your network will struggle, especially if it’s doing more than one thing at a time.

We’re not sure whether this is because of the mediocre speed we received, something Optus did try to help us resolve, but we suspect it didn’t help, with a piddling upload speed of barely 1Mbps reminding us of the time before ADSL2’s marginally better speeds.

Quite seriously, while Apple TV and Netflix performed well enough in Full HD over the Optus connection, it was only when we just used the connection for these services. Heaven forbid your phone decided to back itself up while you were watching or you wanted to download a game, or something like that.

While the Huawei modem does a commendable job of managing the load — better than we expected at least in fairly close proximity — the not so amazing connection didn’t help alleviate any downloading frustrations, and it’s clear that even if you can hit the 12Mbps maximum, it won’t be good for everything, namely 4K TV shows and movies since they require a minimum of 25Mbps.

This speed dilemma means that as good and simple and easy and seamless as the Optus Home Wireless Broadband system appears, the most frustrating issue is the speed. Quite seriously, the connection limit lets down the system, and unless you’re close to a tower or can position the modem in a way where it’s as close to a window near a tower, you’ll find an issue with download speed.

Outside of that speed issues, the Optus Home Wireless Broadband system works exceedingly well, and is about as simple as installing home internet should ever be: you take it out of the box and it works.

But then there’s that speed issue.

We can bang on about the strange way of capping speed and simulating tower distance, but even beyond this, capping at 12Mbps in a day and age where ADSL2+ has been able to hit a 21Mbps maximum for years is really strange. If Optus had capped the maximum speed at 25, 30, or 36, we’d see this whole thing as making a lot more sense, as it would offer a great middle ground between ADSL2, cable internet, and expensive 4G services, especially for those of us still waiting for the NBN to rock up before 2020.

And it is a great middle ground for this, provided you don’t mind speeds that don’t really feel the best showcase for Optus’ excellent mobile broadband coverage and speeds.

If Optus can open up the connection speed just a little more, maybe give its customers a little more bandwidth to work with and keep that connection persistent, it could be the NBN stop-gap this country needs. Until then, it’s just great for people without a phone line. 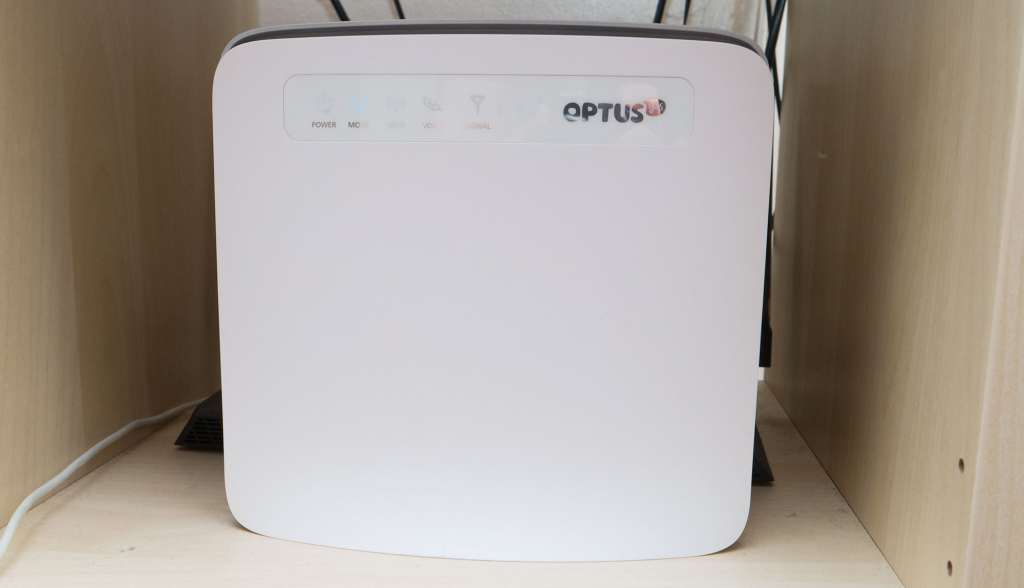 Design
Features
Performance
Ease of use
Value
Broadband without the phone line or Ethernet jack
Very easy setup
Router performance is better than you'd expect
Not made for slightly complicated or larger networks
While the manual suggests window placement may speed mobile performance up, it does not
Speeds could be higher, and we're not sure why Optus caps them the way it does
Even at its higher, 12Mbps isn't super fast these days
4