Wearables are great, but what if you what if you want to track your heartbeat: is there something in Australia? And what’s up with foldable phones? We’ll check out both and more this week in five minutes.

For the first week of November 2020, you’re listening to The Wrap, Australia’s fastest technology roundup, and while the year clearly hasn’t gone the way anyone really expected, things have still happened.

For instance, consoles are getting better, and the next line is almost here, with the Xbox One Series S and X, and the PlayStation 5 about ready to bring next gen gaming goodness to more homes in November. It’s a big deal, and we’ll hopefully have reviews soon.

Wearables are also changing, something major phone makers have a hand in typically, but in Australia, they can seem like they’re missing one of the crucial features. While both the Apple Watch and Samsung Galaxy Watch 3, plus a Fitbit have one of those heartbeat monitors known as an ECG, none of them work. That might be an issue with the TGA — the Therapeutic Goods Administration — which might not have approved the trackers yet.

But there is one ECG wearable that has been properly announced for Australia, and it’s the Withings ScanWatch, a more analogue take on the smartwatch that delivers up to 30 days battery life, a heart rate monitor, blood oxygen tracking, and an ECG.

And it works. In Australia. Right now. You can’t see it because this is a podcast, but we hold the watch for the 30 seconds, we’ll get a reading of, oh look, “normal”.

We’ve been playing with the $499 ScanWatch for a week, and while we’re going to run shy of a month’s battery life, two weeks if you use the ECG every so often does look achievable, or just shy of that. That is stellar battery life for a watch that tracks as much as this does, though it is different from what’s out there.

It’s analogue, has one clock face — a circular clock — and there’s no GPS or payment platform. We can live with that, because it’s tracking our health, and doing a great job of it. We’ll have our full review online next week, but so far, it’s a great watch focused on health.

And that ECG in Australia, that’s an achievement, because it’ll put the tech in the hands of more people. There are other things happening in wearables, such as how Australia’s science and tech government body has helped build a tracking wearable for pets that could be coming to a collar in the near future.

And there’s also a lot happening in 5G, as it trickles into more places. In 2020, high-speed 5G is now in more devices, including the newly released iPhone 12 and 12 Pro, plus the upcoming 12 Mini and 12 Pro Max, and a bunch of Android phones this year, too.

There are more 5G devices now than before, with devices in the mid-range now getting access to the fast 5G networks the premium models were getting. Basically you can pick up 5G for around the $500 mark, and it should be in pretty much everything over it.

This is understandably helped by 5G being more accessible by Australians, and indeed more of the world. While the 5G networks are still being built, every major telco now has 5G, from Optus to Telstra to Vodafone, and that means more people can latch on and use those 5G speeds, as the reach expands across Australia.

And they can use new form factors to do it: foldables are also bringing the 5G love, even if they bring it at a price.

This week, Australians saw one more 5G foldable, as the new Moto Razr was announced, delivering not just that high speed connectivity, but a new variation on Motorola’s foldable phone.

It’s a 6.2 inch phone that folds into something smaller, complete with a smaller screen on the back, with one camera, fixed storage, Android, and 5G. It’s basically what would happen if you took your regular phone and folded it in half, and while we’re yet to review it, it’s not alone. Samsung has its own take in the Z Flip, and both are now 5G foldables.

But there’s also another, and we’re reviewing it right now, the Galaxy Z Fold 2, Samsung’s tablet turned phone, which is what this is: a near 8 inch tablet that folds into something smaller for your pockets.

And there’s 5G, a work day’s worth of battery life, and some solidly fast performance, too.

The Fold 2 is clearly more finished in its second version, and that’s great. What’s less great is that it’s very thick and heavy, measuring 16.8 mils thick and tablet heavy at 282 grams — so hardly pocket friendly. It’s also near three grand.

Make no mistake, the Fold 2 is a great foldable phone, but it’s also one that’s more for someone who needs their phone to be a tablet, or for someone who really wants to stand out.

That’s it from us this week. Next week, there’s an Apple launch, so expect things all about the Mac. For now, you’ve been listening to The Wrap, Australia’s fastest technology round-up. A new episode goes live every Friday at Podcast One, Spotify, and Apple Podcasts, but for now, have a great week. Stay safe, stay sane, and take care. 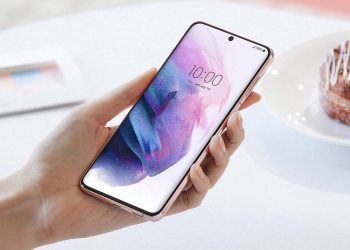 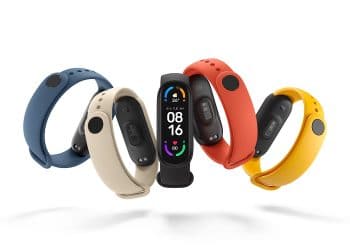