There’s a new Pixel on the way, and we’ve got the details. From phones to headphones to new gear aplenty, you’ll hear it all in five minutes on The Wrap.

For the week ending October 18 2019, this is The Wrap, Australia’s fastest technology roundup, and we’re almost at the end of the year. There’s only two months until Christmas, depending on when you hear this show, and only a few days more until 2019 becomes 2020.

That means companies are tidying up their stock and getting ready for the holiday shopping season, finishing their releases so you have plenty to choose.

Whatever you’re shopping for, you already do, but since this is a technology show, let’s talk about technology, or at least things that have to do with technology.

Some of it will be physical, and others won’t be. Disney Plus is one of those things that won’t be physical, but will be streamable when it launches on November 19.

And when it does launch, it will arrive with over 700 titles, much of it based on the old Disney archive, which includes quite a bit. Disney took to Twitter to announce most of it this week, and whether you’re into Lilo & Stitch, Winnie the Pooh, Pixar, Disney, Star Wars, The Simpsons, National Geographic, old, new, it’s there. The list is crazy long, and includes quite a few old TV shows you might have grown up with or movies that had disappeared from your video store. If you even still remember what a video store is.

Disney hasn’t said how much will remain in Australia when it does launch, because it may have to share some of those rights with other services, such as Foxtel or Stan. We’re not sure if Stan will still have Disney when Disney Plus arrives next month, but you’ll definitely hear about it from us if and when that changes.

And change is on the cards for other things, too.

There are more headphones this week, as Beats refreshes its Solo on-ear headphones in the Solo Pro, and they’re more than just new colours. The Solo Pro are now entirely wireless with no headphone cable, and they’ll get noise cancelling for $430 at the end of the month.

Australian brand BlueAnt also offered a pair of tiny and lightweight wireless earphones in the Pump Air 2, $170 earphones that offer reasonable balance and volume, but yet need better battery life.

Networking gear also got a bit of an upgrade this week, as both Google and D-Link made more of a move into mesh networking, the former with a new version of Google WiFi, while the latter offered an expandable mesh kit that looks more like a router. For those who don’t quite get it, mesh basically turns your Wifi network into a Venn diagram, making wireless more like a mesh at home. You’ll see these by November, and we suspect they won’t be alone.

There’s also a change in cameras this week with a new mirrorless from Olympus in the OM-D E-M5 Mark III, a revised take on the Olympus compact interchangeable made to be splashproof, dust proof and freeze proof, and with built in image stabilisation.

You might not be using a dedicated camera as often as you once were, and you might prefer your phone. Don’t worry, you’re not alone in that, because phone cameras make up much of the reason we buy new phones these days.

It’s not just one camera, but two or more.

Big phones obviously get two or more, but they don’t have to be big and expensive.

You can find two cameras at the $199 mark in Australia in the Motorola E6 Plus, which is basically a budget phone with a big battery.

At the $400 mark, Nokia has a three camera phone in the Nokia 6.2, a mid-range phone made to let you get sharp shots, portrait shots, and wide shots, without having to spend up too much.

And at $500, there’s a new brand, Realme, offering the four camera XT. That’s a wide angle, 64 megapixel standard camera, portrait lens, and a macro lens for getting up close.

But if you did want to spend even more, there’s one or two more on the way, and they’re big ones. After numerous leaks, some of them intentional, the Pixel 4 and Pixel 4 XL are real, offering big screens, Android 10, and updates to the camera.

Those updates include a second camera offering zoom, plus some improved low-light photography.

Most of what else is in the Pixel 4 phones is high end, with an eight-core chip, 6GB RAM, though the storage is relatively low at either 64 or 128GB, but there is an AI chip on-board to help you do things like transcribe audio in real time and skip the cloud.

Here’s the thing: as flagship as Google’s Pixel 4 and 4 XL are, it appears to be competing on price. While flagships are going for upwards of $1400 this year, the Pixel 4 range starts at a little over a thousand. That kinda tells you that Google is playing on price, and hopes its smarts will convince people to go over.

We should have our review next week, but for now, you’ve been listening to The Wrap, Australia’s fastest technology roundup. You can find these stories and more at the website, and the show can be found every Friday on Podcast One, Spotify, and Apple Podcasts. Until then, have a great week. We’ll see you next time on The Wrap. Take care. 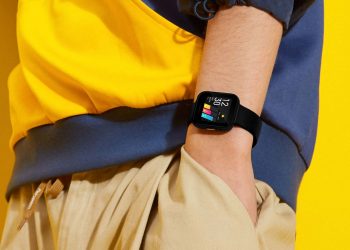 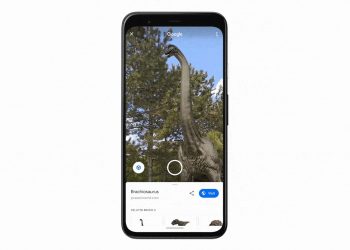