An idea is just the start: why I made an AR app

Ideas can be the start of something great, and all it takes is a concept and some time dabbling, as this journalist learned when he built an augmented reality app.

Browse this website or any of the thousands of articles I’ve written over the past decade and you’ll find a guy that likes to talk about technology. This is what I live, what I breathe, and what I do, and my love for writing about it is more than just about wanting to write about the latest gadgets and technology.

I like this field because it’s constantly evolving and never stagnant. Technology is everywhere, it’s all around us, and the more we need to use it, the more we find things to do with it.

I’m particularly proud of how early we’re getting people to speak the language of computers, too. That whole development thing, and getting as many people into it? Brilliant.

My parents put me on a computer from a very early age, and so while kids in the 80s were mostly probably outside playing Transformers, He-Man, and GI Joe with their friends, I was actually inside playing with computers, with games, and exploring the ins and outs of what made technology tick.

Over the past few years, I’ve wondered if this was necessarily a good thing, but it’s part of what shaped me, and what turned me into the person I am today: a writer that can use computers to dabble and code and shape. 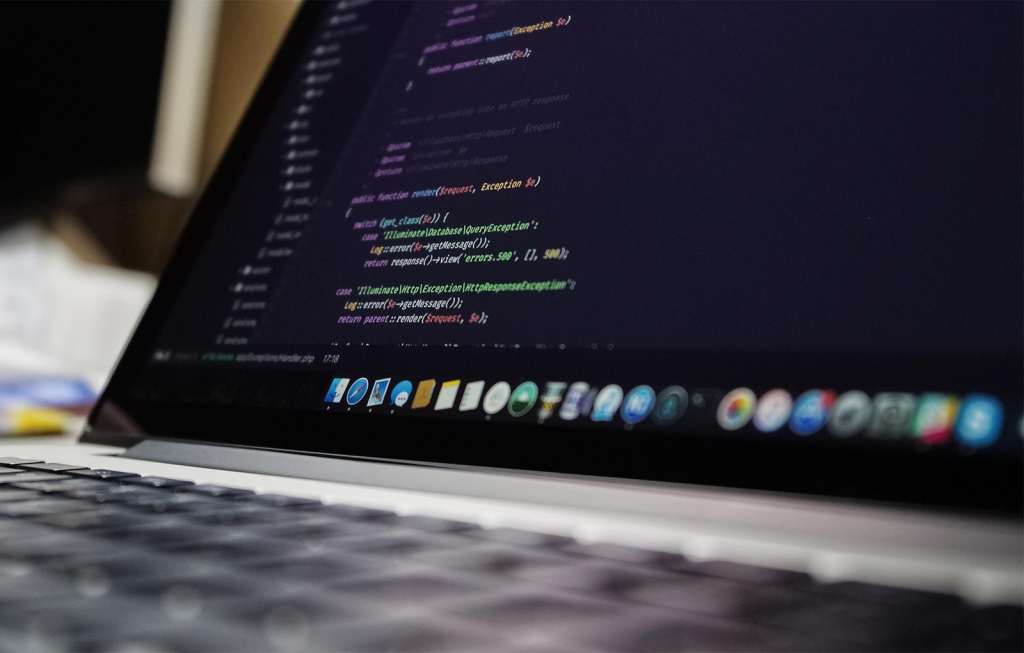 In a way, development languages are like a paint brush or a sculpting medium: sure, anyone can pick up the tools and make something that might be artistic, but you have to know how to use them to properly execute something that everyone can enjoy.

And these days, it’s thrilling to see that we’re teaching that to our kids, and from an early age. You only have to look so far at the amount of applications available to kids at an early age to see how easy it is for children to get started, with these barriers lifted and removed, and coding made cool.

That wasn’t necessarily the case back when I was a kid, so it’s delightful to see that things have now changed.

I’m looking forward to showing it to my future daughter, to see if she has the same knack for it when she’s old enough, but throughout my wife’s pregnancy, it got me thinking: could I dabble in programming and make things that would make myself and my wife proud?

So I did. I dabbled and experimented with a field that I’d fallen in love with: augmented and virtual reality. I’ve always loved the latter, and from an early age and practically when the first Virtuality systems hit the market at Blockbuster video stores, I had found something I had adored.

Over the past year or so, I’ve even been dabbling in developing virtual reality TV series, something I have in development, but that keeps taking a backseat to writing Pickr. It is what it is, and I know where the files are, not to mention the fully written scripts. 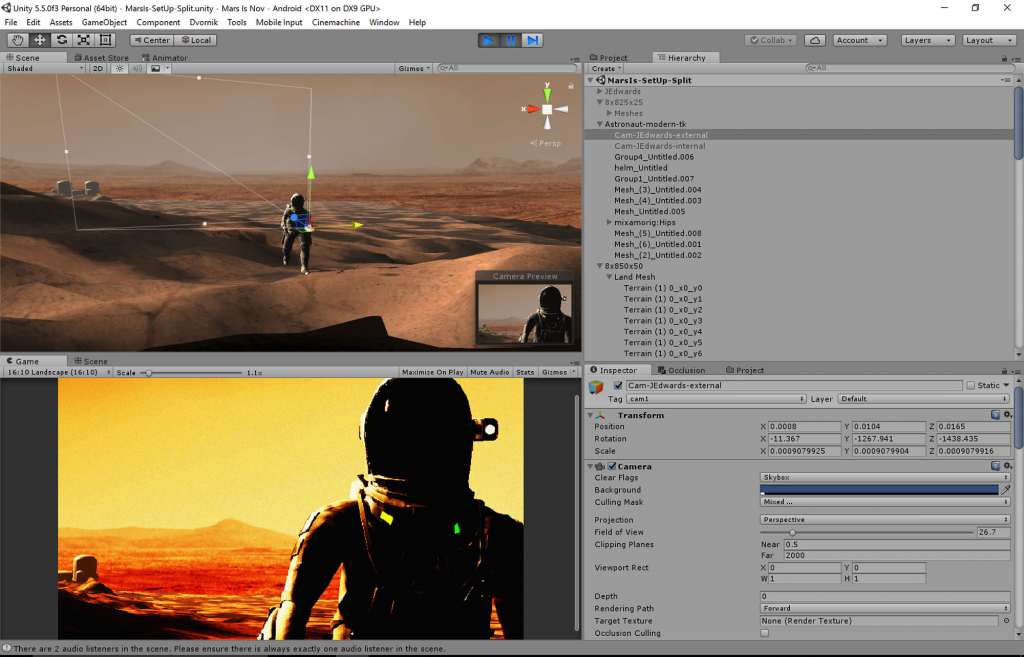 Part of finishing something also stems from having an overall goal, and while virtual reality systems are still in its infancy because of how few people have the headsets, augmented reality is easier to understand.

We all have phones and many of us have tablets, and we all understand that these all have cameras, so the barrier for ownership and experimentation in an augmented reality world is automatically removed, making AR just that easier to understand.

But for those who don’t, think of augmented reality as your world shown on camera with something digital and augmented placed on top.

That’s what made “Pokemon Go” work so well, because it connected with what we knew — our physical world — while linking it up with the familiar, a digital online game that made Pokemon part of our world, and these reasons are part of why augmented reality is an easier thing for companies and consumers to understand.

Why, Apple even demonstrated an augmented reality addition to its mobile devices at Apple’s Worldwide Developer’s Conference recently, allowing AR applications to sneak onto the iPhone, and opening up a development connection for people to start dabbling.

Before this and back in February, I started properly dabbling with a goal. As my wife and I were expecting our first child, we were now beginning to see sonograms show not just an image of the makings of a baby, but a real life growing inside my wife.

It’s a thrilling sensation, and one that’s hard to communicate initially, but I realised quickly that the pictures you get in print out weren’t the right way to show them. 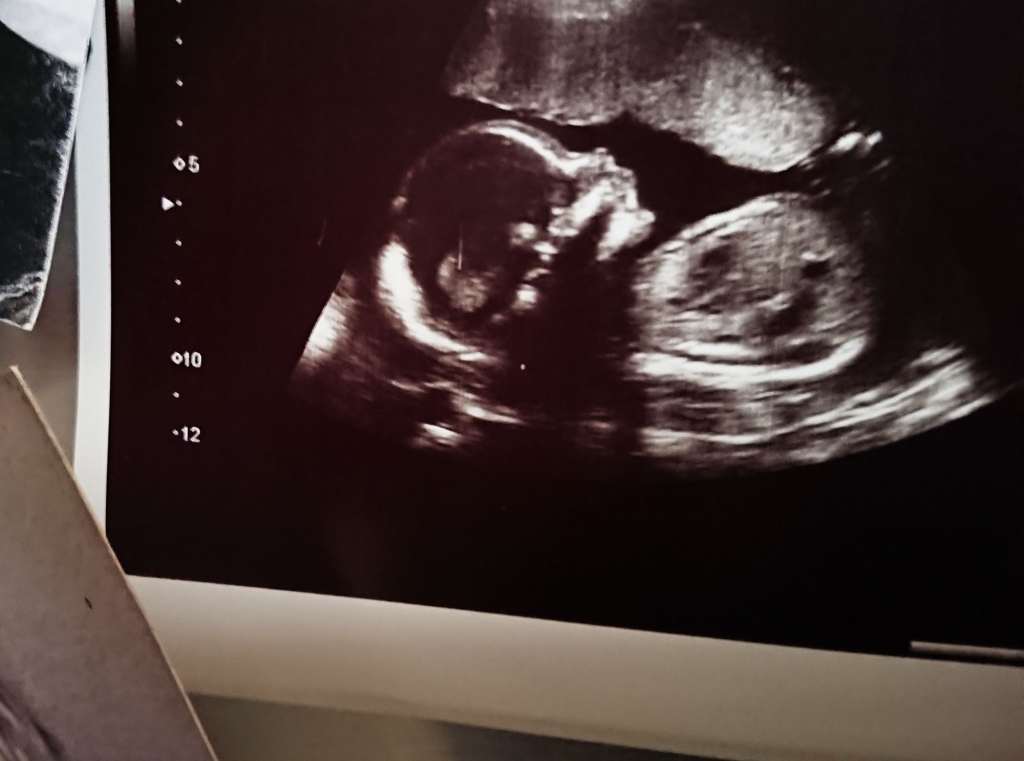 So I went to work dabbling.

That’s one of the amazing things about programming: you don’t need much, just an idea and a reason to exist, and you can make something that has the potential to be amazing.

Watch some YouTube development videos, read some webpages and documents, learn about coding on Udemy, or just start playing.

The Unity engine used for games seemed like as good a place to work as any, and it’s where I was building my virtual reality TV series, so I took another run at the environment and starting messing around. 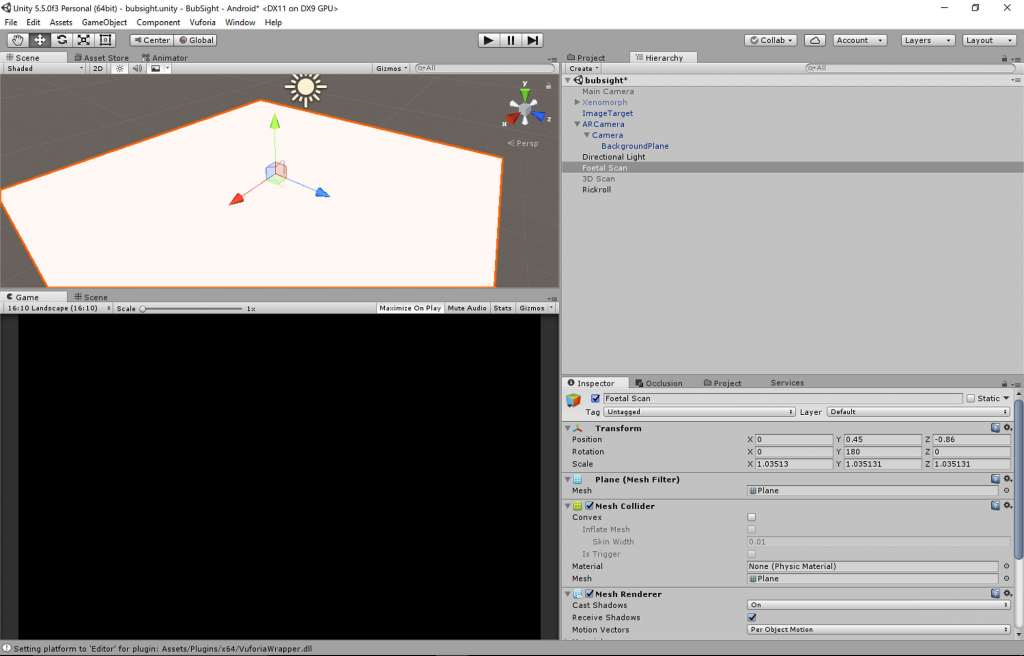 I’ve always been someone that likes to dabble and play around with code, and before I was a journalist, that’s what I did, switching to journalism because I enjoyed writing about technology and being that translator for people that didn’t need to know the every bit of tech information I seemed to crave.

Not long after dabbling, I had a prototype: an augmented reality app that would show the sonogram on the lady who was pregnant.

The concept is simple enough, too: instead of merely having a print out of the ultrasound, why not project a living breathing image onto the location of where it would exist on the expecting mum. Why not show her in real time what her child looks like from a previous sonogram?

To do this, I hand-painted a shirt to act as a marker, which is one of the things augmented reality can rely on. I expect future augmented reality apps to only need to scan the surface and work out roughly where to place things, but giving it a marker like a QR code or a special image basically gives the digital image something to latch onto, saying “put the augmented image here”.

I turned that quickly into a movie, capturing a small movie of the moving baby and projecting that in its place, basically giving the soon-to-be-mum even more to feel connected to: a selfie with a moving image.

I even looked into 3D projection and showing a model in its place, because 3D ultrasounds are easily one of the coolest and most amazing technologies I’ve ever witnessed, and to be able to extract a 3D model and project that in this augmented reality sonogram experience would have been jaw-dropping. Sadly, ultrasound clinics and ultrasound manufacturers both don’t seem to talk much about this, at least not to this journalist, and I did try. 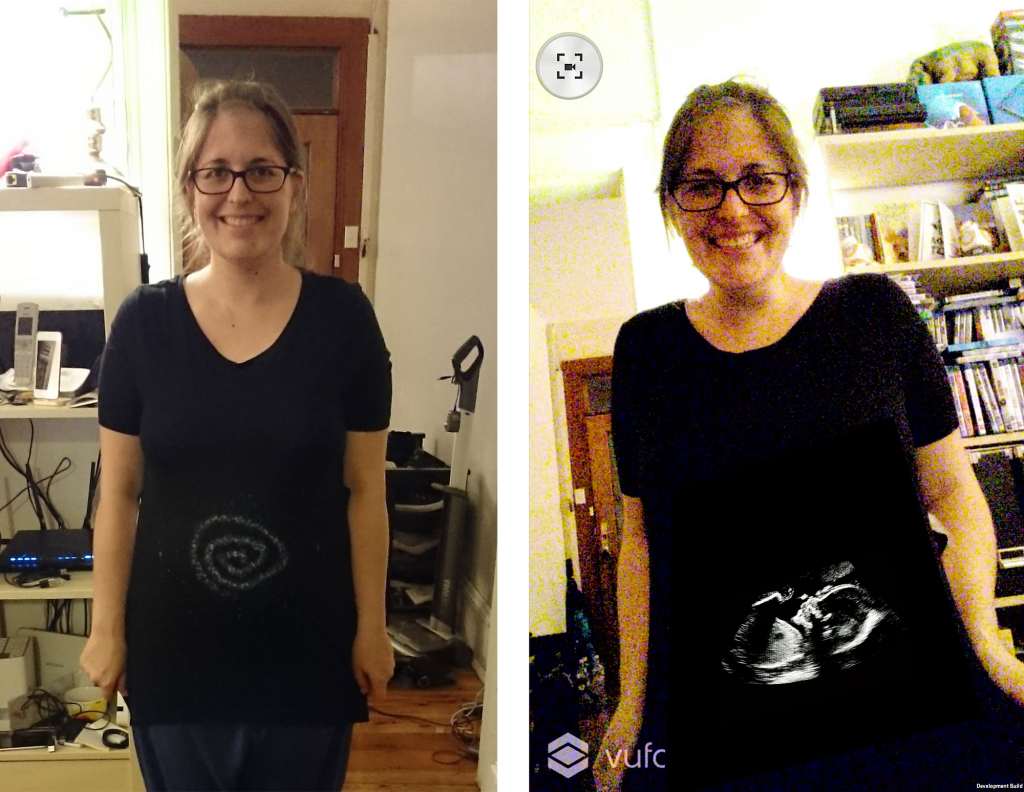 So I went with movies, because they’re just as exciting an experience, and when put into place, a video that you can record of yourself with the bub where it should be is a better picture frame than a small picture you can press to the fridge.

The result is one that I’d even planned to connect with a website I had started, Brand New Dad, which is where I plan to put my musings about what it is to become a dad, but like my virtual reality TV series, it has fallen to writing for Pickr, and of course the fun of a day job. I’ll return to it when I have the child, and when the learnings are a little more real and concrete, which could be as early as next week, as the child is inbound.

That’s why I’m sharing this, because while I’d never planned to do anything with the AR app beyond showing my wife how the baby looks in real-time, having a goal and a reason to be helps us make and do things we could never dream, but then having that ability to make it helps tremendously.

Coding and development is literally within the reach of anyone, and the more I hear from people that they don’t know how to do it, the more I wonder if they’ve even tried. You don’t have to be Bill Gates or Steve Wozniak and code an empire, but you can start dabbling and play around, seeing what you can produce.

It helps to have an idea, but even without one, you can put the pencil to the page and write, so why not put your fingers to the keyboard and start to code?

And hey, if it ever attracts the attention of funding or venture capital, I know where the code is, and am keen to start. That idea could just be the start of something great. 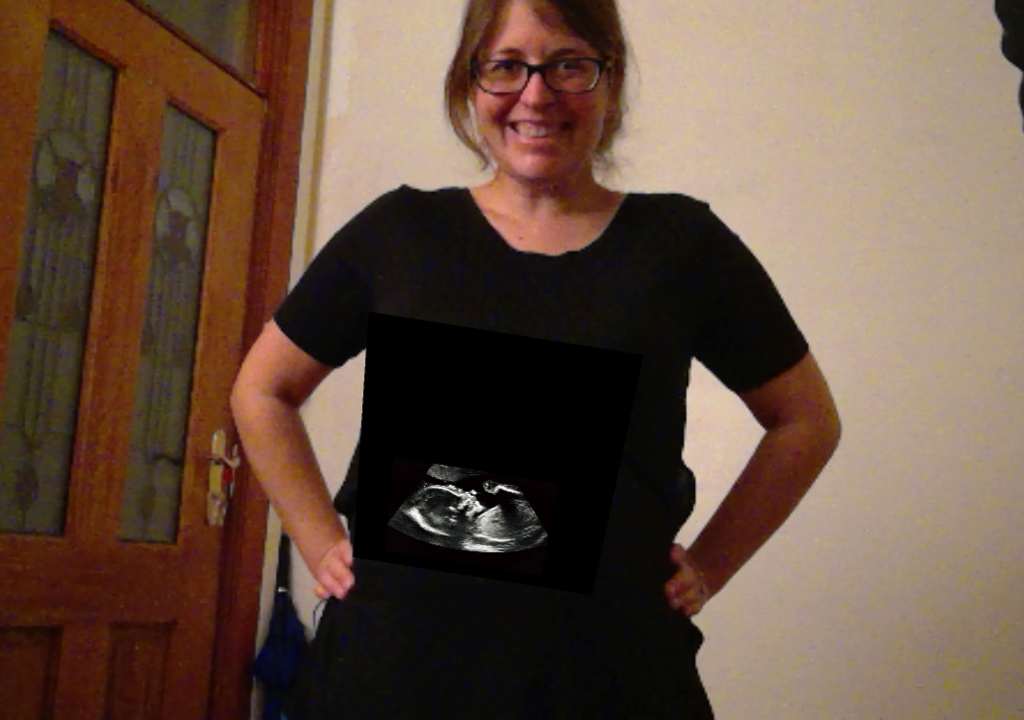 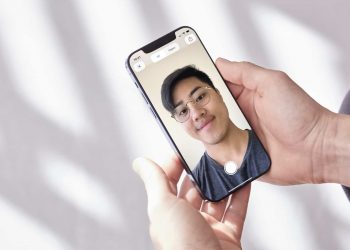