A simple slip-up leaving kids in a car can put a child’s life at risk, but the Australian invention of the “Infalurt” could help keep the often sleep-deprived brains of parents right on track.

Being a parent isn’t always easy, though it can be very rewarding. However, despite the rewards, there are definite risks, and one of those is accidentally leaving kids unattended in cars.

In Australia, over 5,000 unattended kids are rescued from cars each year, a definite risk given temperatures in parked cars can rise dramatically, leading to dehydration and even death.

There are many reasons how this happens, though between exhaustion and simple mistakes, good parents can accidentally leave their children in cars, with that forming the inspiration behind a new Australian gadget coming to market.

Created by Jason Cawthra after seeing the death rate statistics for unattended kids and worked on in part by the Victorian Innovation Centre, Infalurt is a solution that relies on a sensor, a control unit, and a key fob to keep parents aware of where kids are. Specifically, Infalurt is built to let you know if your kids are still in the car if you’ve inadvertently forgotten about them.

“After seeing the tragic death rates for children left unattended in child car safety seats, I commenced a global search to identify if an alarm system already existed – it didn’t,” said Cawthra, who said he made it his mission to create one following that search.

The resulting work is a three part solution using a capacitive sensor under the child’s seat, with this talking to a control unit left inside the car. A fob alarm sits on a set of keys, and when it moves out of reach, if the sensor picks up on a child in a car seat, it alerts the holder of the keys to go back and get their child.

The result is hopefully fewer children left unattended via notification, though it’s one that doesn’t come with an app, at least not yet. Even though some cars can be switched on without a physical key and may rely on a phone, this is one gadget that needs a physical fob, with Infalurt noting that it researched this, but found it wasn’t necessarily as reliable from a safety perspective due to the possibility of interference from other apps in the background.

However, as a physical key alert system, Infalurt notes owners should see around 12 months of life under average use, with up to four sensors able to be linked to one control unit in each car.

“Just as fitted car seats are mandatory, we believe this device is just as necessary to keep kids safe,” said Cawthra.

“Infalurt was developed to give parents peace of mind. We would like to see every car fitted with an alert system to prevent needless deaths,” he said.

Infalurt is available now with one package consisting of the sensor, alarm key fob, and control unit for $369, with secondary sensors costing $189 each and extra key fobs for $114. 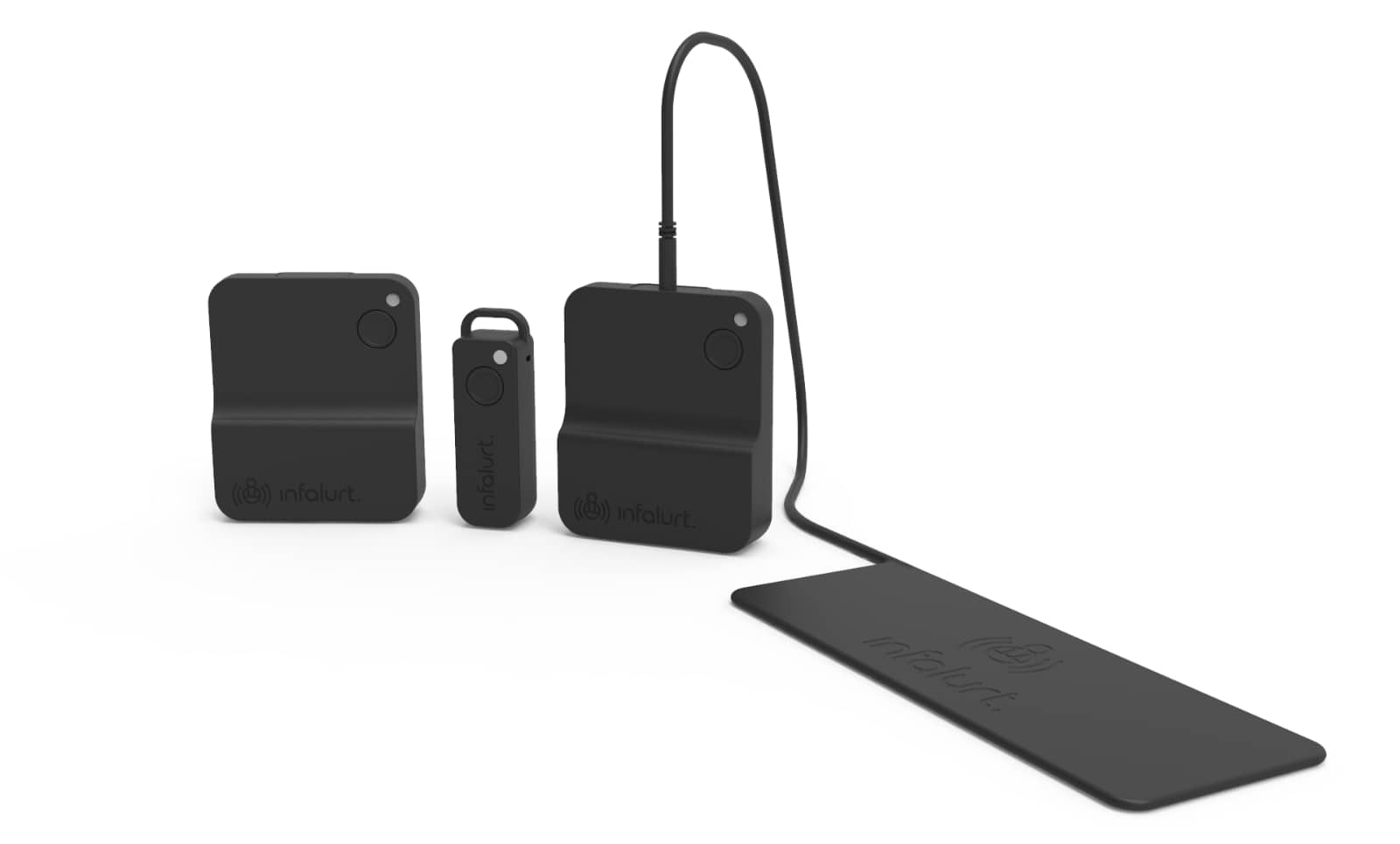