Whether you’re someone who makes movies on the go on your phone, or with a tablet or computer, Apple has updates rolling out for amateurs, enthusiasts, and pros.

Filmmakers of both the amateur and professional world are getting some updates this week if they use Apple’s slate of devices.

First up, there are changes for the consumer facing movie making app, iMovie, which hits version 3 this week and gains a couple of big new features for folks who intend to make movies, be it on a recent iPad or even a model of iPhone.

The first one is a bit of a blueprint option, with “Storyboards” providing prebuilt setups and shot lists to basically provided a step-by-step approach to making videos.

If you’re building a science experiment video, there are short lists in a blueprint there, while cooking tutorials you might be filming also have a blueprint of sorts to work with.

Storyboards are kind of like a template for short productions, giving you a loose and flexible premade storyboard of sorts to make your production feel that little bit more solid overall. They’ll cover DIY videos, makeovers, gaming, products, wellness, top five, news, and more, with a choice of music, fonts, and filter styles you can pre-apply. 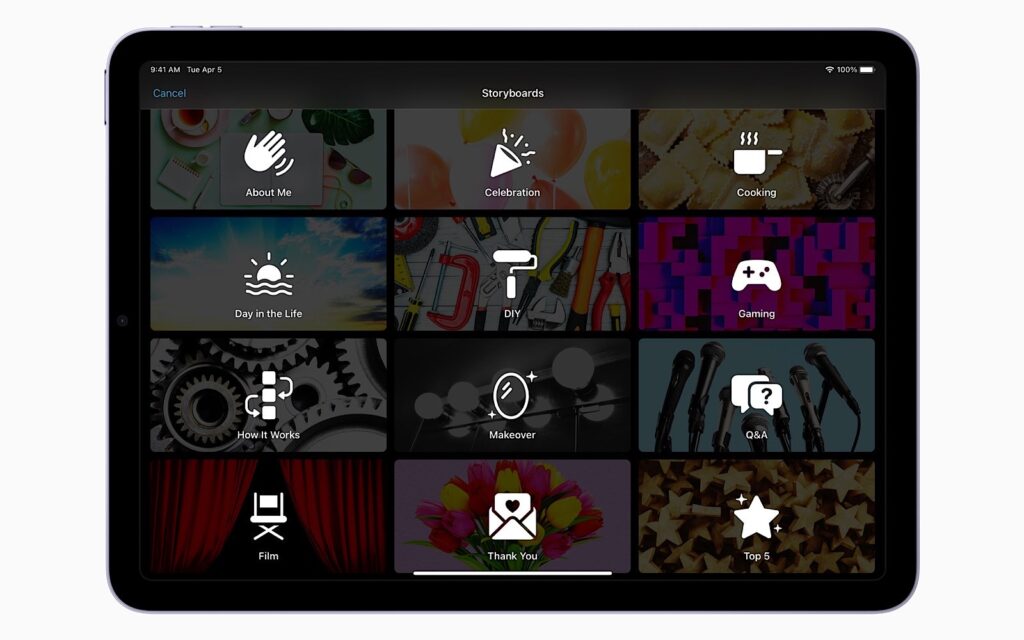 Apple’s other new iMovie feature is a sort of quick way of making any movie, with “Magic Movie” taking photos and clips, and automatically making a movie, complete with filters, effects, transitions, and music. Clips can be arranged and rearranged outside of what Magic Movie sets up for you, with the system building a movie from your own content, likely in a similar way to the automatic movie creation from your photos and videos found from your memories, something Apple’s Photos app also does.

That covers the amateur and enthusiast filmmaking world, but what of the professional?

If you’ve graduated from iMovie and are working with Final Cut Pro, that app hits version 10.6.2 this week, and adds in a few features, as well.

Namely, Apple has added duplicate clip detection to find files appearing more than once in a project, while Apple is employing machine learning to adjust the level of background noise on dialogue edited inside the app.

And if you have one of those recently reviewed Mac Studio computers with an M1 Max or M1 Ultra, Apple notes that the update also optimises Final Cut Pro to trans core more quickly, while editors can play a lot more video at once, with up to 56 streams of 4K (ProRes 422) or up to 18 of 8K (ProRes 422), provided you have the super expensive M1 Ultra chip. It’ll be a little less on the M1 Max, but all up, it seems to be a lot of speed overall.