Need a friend to go on a run, but don’t have a friend to go running with? If you have Apple Fitness, that friend may as well be a podcast made specifically for it.

When Apple kicked off its “Time to Walk” program last year, we were several months into a pandemic that everyone hoped would end soon, and finding someone to walk without needing to go out with others made a lot of sense.

And here we are in 2022, and while we can walk with others, masked up and hopeful that a subsequent test doesn’t come out positive, the prospects of walking alone are still looking safer than walking with others, or even running with them.

If you’re a little concerned by the idea of running with friends, or you’re just looking to go at it solo anyway for whatever reason, and you need someone talking in your ear about a run, about that way to go, and not just another podcast or music track, you might want to check out what Apple has been working on, as “Time to Walk” gets an updated style in “Time to Run”.

Launching this week, it’s another set of workouts specifically focused on ways to get you running, and acting a little more like a radio show about motivation rather than just someone talking to you through a walk. 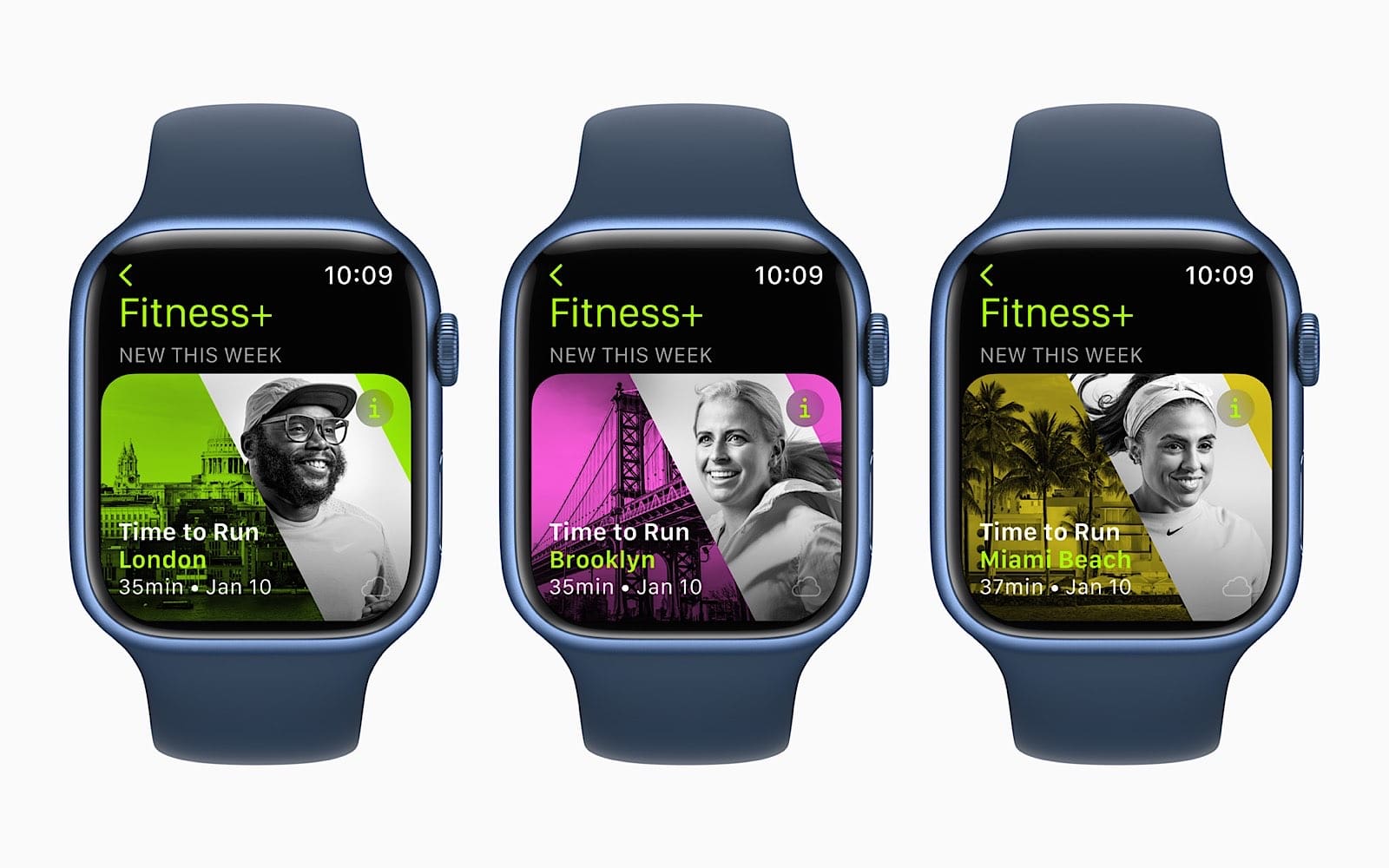 Each episode will be spoken by a trainer from Apple’s Fitness+ trainers, with music not unlike what’s on the program, including some of the sound and photos from where that trainer is running, almost as if you had a running buddy on another side of the world running with you, all to the Apple Watch. There’ll be one in London, one in Miami, and one in Brooklyn, as well.

Time to Run will be joined by new episodes of walking in Time to Walk, while the on-screen Apple Fitness+ environment will also get collections of workouts and meditations assembled to help people do some specific things, such as improving posture with pilates, a 30-day core challenge, or even relaxing for bed.

All three are part of the Apple Fitness+ program, which itself commands a cost of either $14.99 per month, $119.95 per year, or included in the $39.95 monthly Apple One subscription, but also come with the hefty requirement of needing an Apple Watch, which itself needs an iPhone, as well, things to keep in mind if you’re thinking of trying Apple’s approach to keeping you motivated to run.

Otherwise, there’s always running away from zombies approaching in your ear, which is an app available on both Android and iPhone.