Kids keen to call Santa can use Telstra’s pay phone network for free, but with the potential risk during Covid, we may have a better idea.

It’s December, and that means folks in the North Pole are busy. There are lists to be made, checked, and names crossed off, as Santa preps for his regularly yearly flight, and all while Santa tracking services spin up for the year, going into action on Christmas Eve.

Before that night, Telstra is getting into the spirit of things by letting kids call Santa from its 15,000-strong payphone network found across the country.

While we half expect Telstra will do its regular “free call” thing around the holiday season on pay phones, ahead of that annual tradition, Telstra pay phones will support a call to Santa provided someone dials “#HO HO HO”, which translates to #46 46 46. At the same time,, for each call mate to Santa using one of the payphones, Telstra will donate one dollar to the Salvation Army up to a predetermined amount it hasn’t disclosed.

“We know it’s been a tougher year than most, particularly for our kids, and we hope that creating a special experience with Santa might help bring some extra joy and make people feel a bit more connected to the things they love this year,” said Michael Ackland, Group Executive for Telstra, on the Telstra Exchange blog this week.

We’re note sure if sharing pay phones is necessarily a great idea amidst the Covid recovery, particularly when the target market — kids — can’t get vaccinated, and when there’s the new Omicron strain gradually making its way around the country that seems to be more predisposed to kids, at least from initial reports in affected countries overseas, well, let’s just say we’d be hesitating to let our children hold and share a payphone complete strangers are using. Payphones seem like a totally tangible vector for Covid transmission, given particles from your mouth are going to spray into the phone’s receiver, not to mention that kids don’t always touch the right things and wash their hands, so we don’t quite agree with the physical reality of Telstra’s cute little Santa idea.

A Telstra spokesperson told Pickr that:

“As for public health and safety, we encourage people to follow local health advice when using payphones, in the same way they would with any public space.”

That’s especially important these days, even with the TGA expecting vaccines to be rolled out to children from January onwards, after the December 24 end date of its Santa stunt. For now, however, we have another idea.

Use a Santa calling app instead

Rather than rely on a huge question mark of sharing germs and such, especially as another Covid variant begins to creep its way through the community, parents may want to consider a personalised approach using a Santa call app.

Similar to how Telstra’s Santa calling works, whereby a voice is waiting to talk to kids at the end of a phone call, video call Santa apps can bring home the message that Santa is talking to them, either by calling a parent’s phone or having the parent call them, and possibly involving a topic beyond what the child wants for Christmas. They might cover going to bed on time, being naughty, or something else, and while it may cost a little more than the free call cost Telstra’s payphone call comes with, it also means not having to touch a payphone, replacing it with something potentially more personalised.

Video Call Santa apps are available across both Android and iOS, but may require a bit of trial and error until you find one suitable for your children, though does mean you won’t have to go looking for a phone booth, or even cleaning one before use. 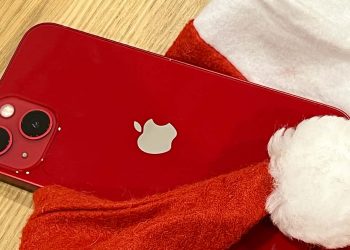