If you still have a desktop or an upgradeable laptop, the latest take on solid-state drives means faster access is on offer with a new chip.

Taking an older laptop and giving it a faster drive is often one of the more logical ways to get that old machine feeling fast again, because the simple reality is that components can gradually feel slow, but it’s also more than that. If you’re working on something and need more speed — maybe it’s taking too long to write a file — an upgrade to some of those components that you can upgrade can make a dent.

It doesn’t work for everything, of course, but it’s one of the ways you can improve the speed of a system. Other ways might include a factory reset, whereby you back up everything on the computer that’s important, reset it all back to factory settings (and lose everything in the process), and then only restore what you need, apps included. The more apps you have, the more likely your computer could feel some of the slow. The lesson in this is when returning a computer to its initial speed, only install what you need.

But sometimes, that factory reset approach isn’t enough. Sometimes, you need an upgrade, and often, it’s the storage that gets updated first.

It’s not for a lack of trying: while desktops can typically upgrade any component, laptops typically only offer memory (RAM) and storage, and that’s if they offer anything at all. If your computer is all soldered down like practically any of the thin and light 13 inch and light computers, there are no upgrade paths.

However, if you do have one, there’s a good chance the storage offers a way to upgrade things and boost that speed. 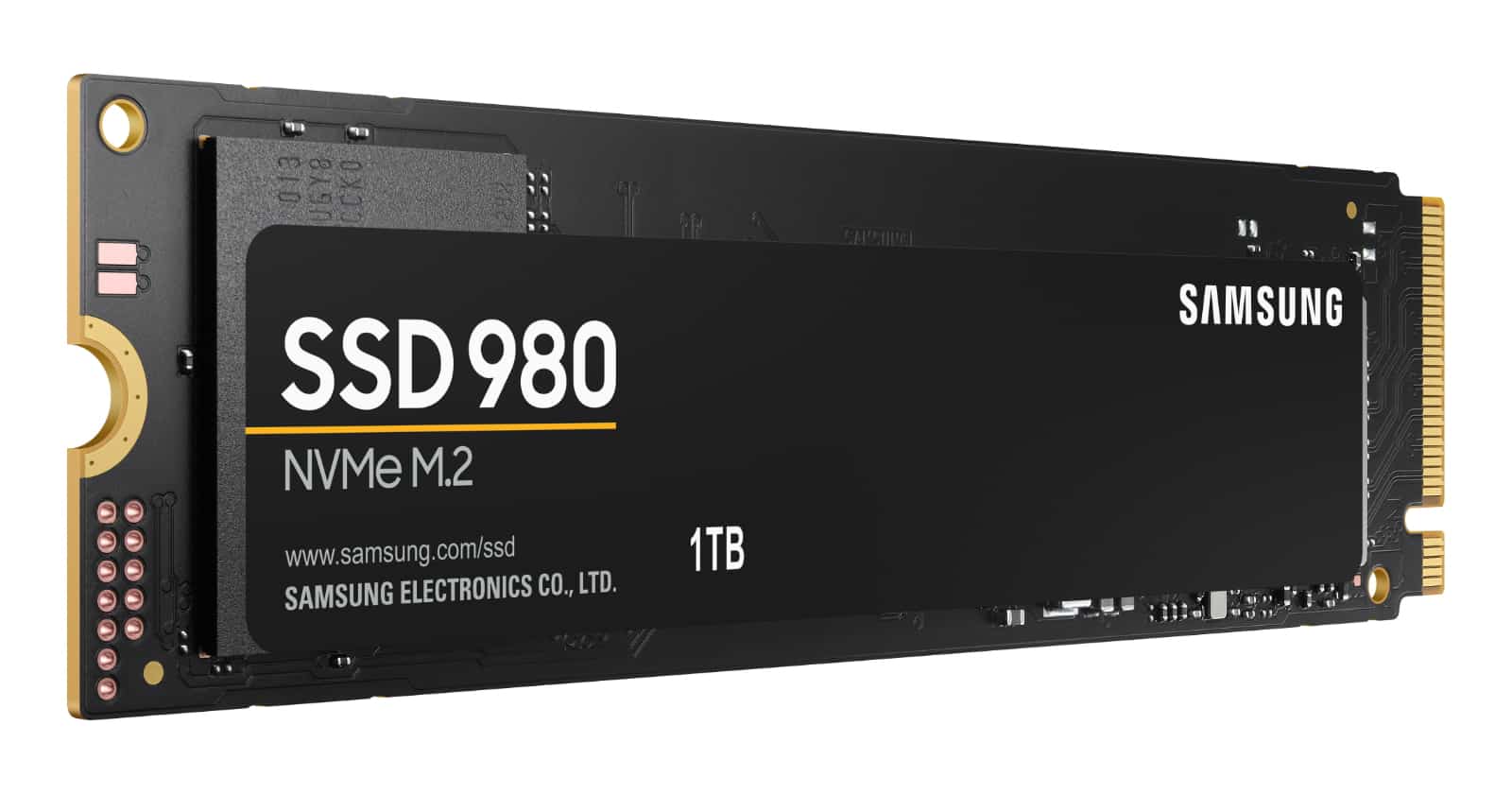 This week, Samsung has added more in that part of the market, launching a new variety of its stick-based storage, using its NVMe technology to deliver high-speed solid-state storage (SSD) with speeds that offer as much as 3500 megabytes per second (MB/s) read and 3000 MB/s write. That’s practically 3GB per second on either side, resulting in some blazingly fast storage, and it’s coming in the Samsung 980 NVMe SSD.

To make this work, Samsung is improving some of the hardware and removing DRAM, one of the technologies that often improves performance, but isn’t necessary for all drives. Getting around DRAM has Samsung dabbling with a technology called “Host Memory Buffer” (HMB), which connects the processor of the computer to the storage to keep the performance quick. Much of this is jargon, and Samsung isn’t alone in this approach, with Western Digital also writing about HMB technology, suggesting it could be the way to go for many drive upgrades.

Those speeds aren’t far from what Samsung was touting in the predecessor for the Samsung 980 SSD, when DRAM was included on the Samsung 970 SSD two years ago in 2019.

Worth noting, though, is that Samsung’s new 980 SSD isn’t the type that will fit into a hard drive slot like some of its other solid-state drives. Rather, it’s the stick kind that needs the M.2 PCI-express port found on some motherboards, making it more like RAM, but for storage instead. In the past five years, M.2 storage has become increasingly popular, and can be found in many desktops, as well as in some laptops with upgradeable solid-state drives.

That means it’s not necessarily going to be a computer upgrade for all, and may only focus on those with recent computers looking for upgrades.