Samsung teams up with jeans maker for Z Flip pants

Phones are pretty sizeable, something that can have an effect on our pants pockets, notably the indentation big phones leave as we stuff them into our pockets. It’s been something of a frustration, and a concern from when mobiles started jumping in size quite dramatically. You might know the feeling if you don a pair of tight jeans only to find bending down or sitting makes you worry that you might crack the front element of your phone.

A first world problem for sure, it’s not something all phones suffer from, with small phones lucky enough to escape.

It can be difficult to find small phones these days, with only two obvious lines: the iPhone Mini (such as this year’s iPhone 13 Mini and last year’s iPhone 12 Mini), and Samsung’s Galaxy Z Flip 3, the latter of which is a large phone that folds up small. When a big phone folds into a smaller one, you don’t typically need to play the same game of trying to stuff a big glass phone into your pants, though it may add thickness, because foldables tend to be a little on the meaty side.

With that in mind, however, Samsung has teamed up with an Australian jeans maker for something unusual: a pair of pants specifically made with this year’s Galaxy Z Flip in general. They’re coming from Dr Denim, with the company releasing two varieties of its jeans with a pocket sized to match Samsung’s Z Flip 3 phone, and arriving with the phone.

It’s the second stunt applied to Samsung’s pocket-sized foldable we’ve seen in recent weeks, and comes off the back of Samsung’s “Bespoke” edition of Galaxy Z Flip, which allows you to customise the look of the Z Flip 3 phone so that your mobile is truly unique. 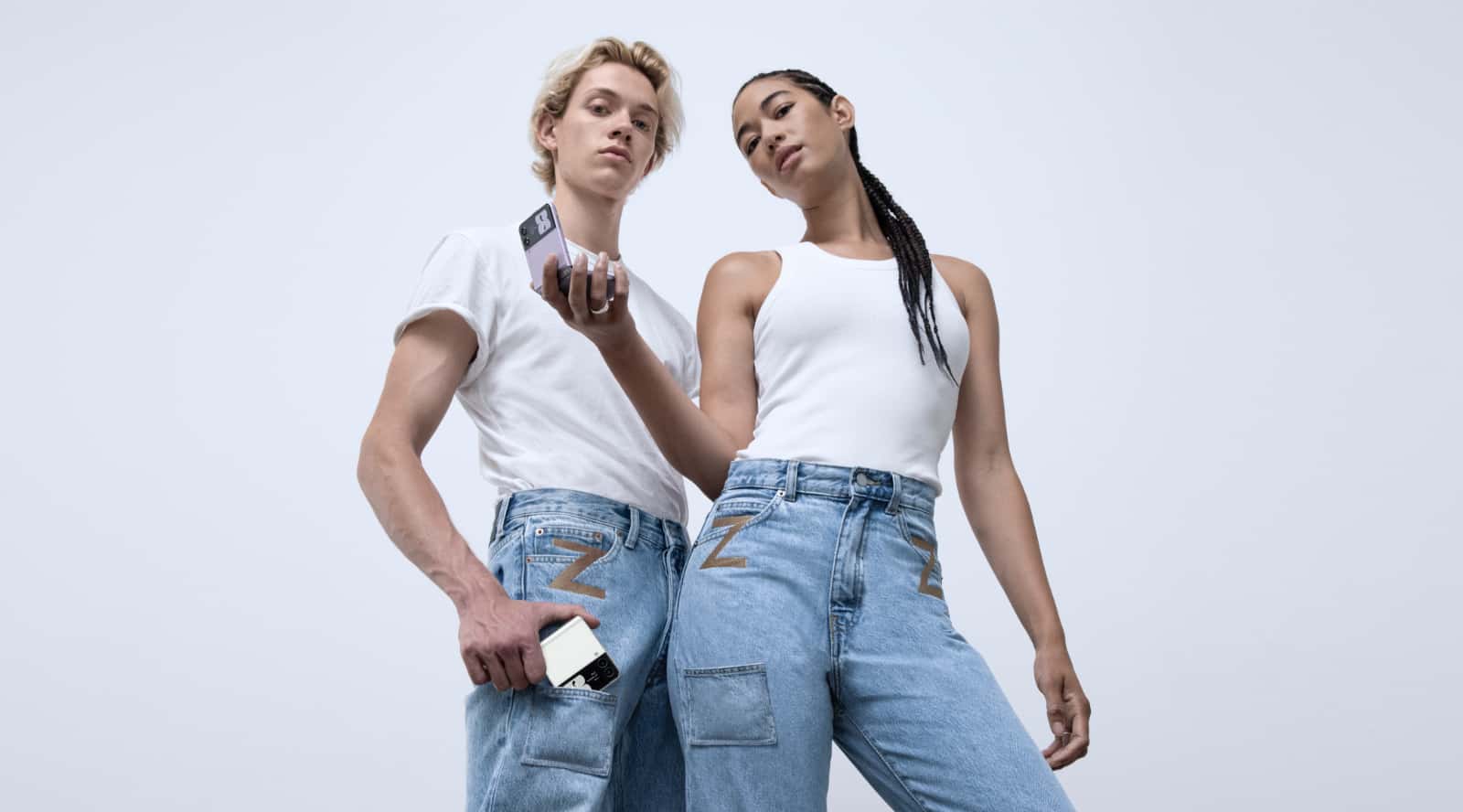 A little bit different, Dr Denim’s ‘s Z Flip Pocket Denim jeans are a pair of jeans where the two front pockets and one back pocket have seen a “Z” stitched over them and unable to be opened. Instead, Dr Denim has provided a pocket closer to the thigh specifically made for the square size of a folded up Galaxy Z Flip 3 phone.

The idea is a little strange, because it means that regardless of your gender, the Dr Denim Z Flip jeans bring a single pocket sized for the Flip 3 phone, and possibly the Flip 5G before it since the sizes aren’t dramatically different. But you don’t get many other pockets to choose from, with a style that is specifically designed for Samsung’s foldable phone.

Only 450 pairs have been made, and in a fixed amount of sizes, clocking in at an eye-watering price of $1499, though you do get a Galaxy Z Flip 3 phone included. Essentially, the Z Flip jeans are a bonus that comes alongside a Z Flip phone, though you won’t get Samsung’s Care+ like on the Bespoke Edition, nor can you get the jeans in very large or tall sizes, with no 38 waist for men, for instance.

Rather, this gimmick is really, really specific, focusing on folks who have to have their clothes match their phone.

“Our Galaxy Z Flip3 users expect the very best in design and pocket-ability, and what better to accompany our premium phones than the perfect pair of bespoke jeans.”

The idea is very much a gimmick, though, because the reality of small foldable phones is that they can fit into more pockets anyway and don’t need a special pocket designed for them.

Having a pair of custom Z Flip jeans emblazoned by an obvious “Z” might be neat, but we’re not sure if it adds anything really to the overall picture, beyond telling people precisely what’s in your pocket when you walk by. 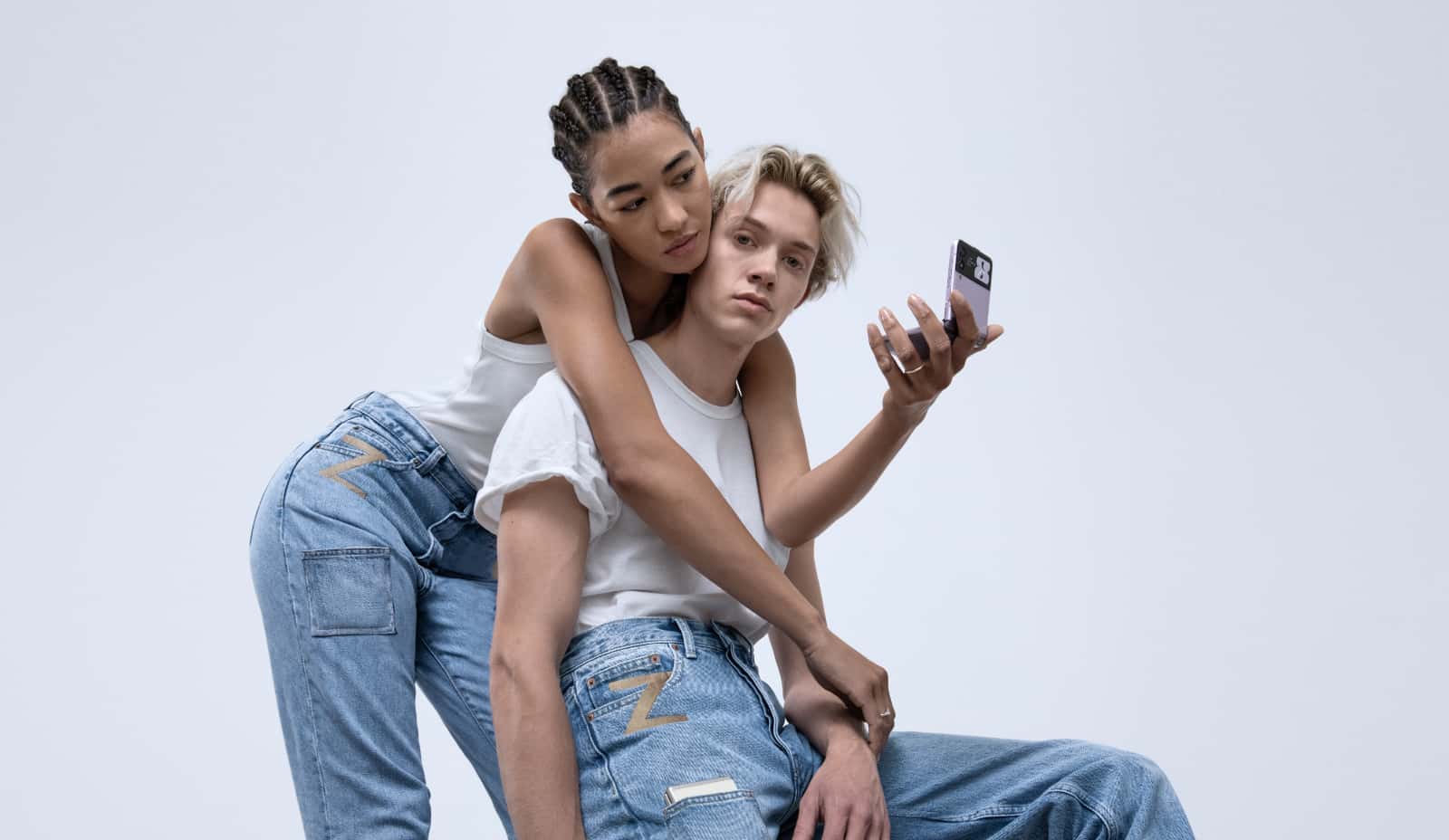