Making a video but not sure how to make the microphone sound better? Australia’s Rode has a compact solution on the way for enthusiasts and pros alike.

Anyone can make a video, whether it’s for your own online video blog, a portfolio, or just sharing amongst friends, and the ease of which cameras with solid quality can be found helps make that possible.

A great quality video camera can be found in most phones and pretty much every compact or interchangeable-lens camera these days, so it’s not as if there’s a shortage of means to capture the video. It’s the audio part that is often the most concerning, though.

Video is easy: your phone will probably do a decent enough job, and if you have an even better phone or even better camera, even better. But on-board microphones aren’t always amazing, and while they can capture the entire scene, they might miss out on the vocal details, meaning your lead is blended in with all the other details of the scene, not just the main voice over you might be looking for.

Mic’ing them up is usually the fastest way to deal with that, but understanding microphones isn’t as always easy as touching record on your phone and hoping for the best, and so there are options. Lavalier mics that hang off the person’s garment, boom mics that sit above, shotgun mics that sit near; there are options when it comes to setting up a microphone, and some may feel like they require a degree and a half to use, and use right.

And there’s now a new option that might not, as one of Australia’s sound specialists, Rode, develops a wireless microphone system that can be used as is and sent to a device wirelessly, or even plugged into another microphone, such as a lavalier.

Rode’s Wireless Go II is a microphone that doesn’t really resemble a microphone. It’s a square block with a microphone inside, and a wireless system that can send that sound to a receiver to record the sound. Think of the Wireless Go II as square of sound that communicate: the microphone square is the one you wear, and the control square takes in that sound and stores it either using built-in storage, or sending it to another device, such as a phone, a laptop, or a camera, basically upgrading the mic capabilities of a phone or a camera quickly and easily.

There’s also a built-in lithium-ion battery, which offers up to seven hours battery life and can be recharged, plus there are two of those square mics in the pack — ideal if you want to mic more than one person up — and support for a lavalier microphone using a 3.5mm headset jack, handy if you don’t want the Rode square to appear in your video, and are after a more discrete approach to microphone recording.

In either case, it appears the Rode Wireless Go II is going for versatility: it can be used as a wireless recording mic by itself, or plugged into a different mic if need be. 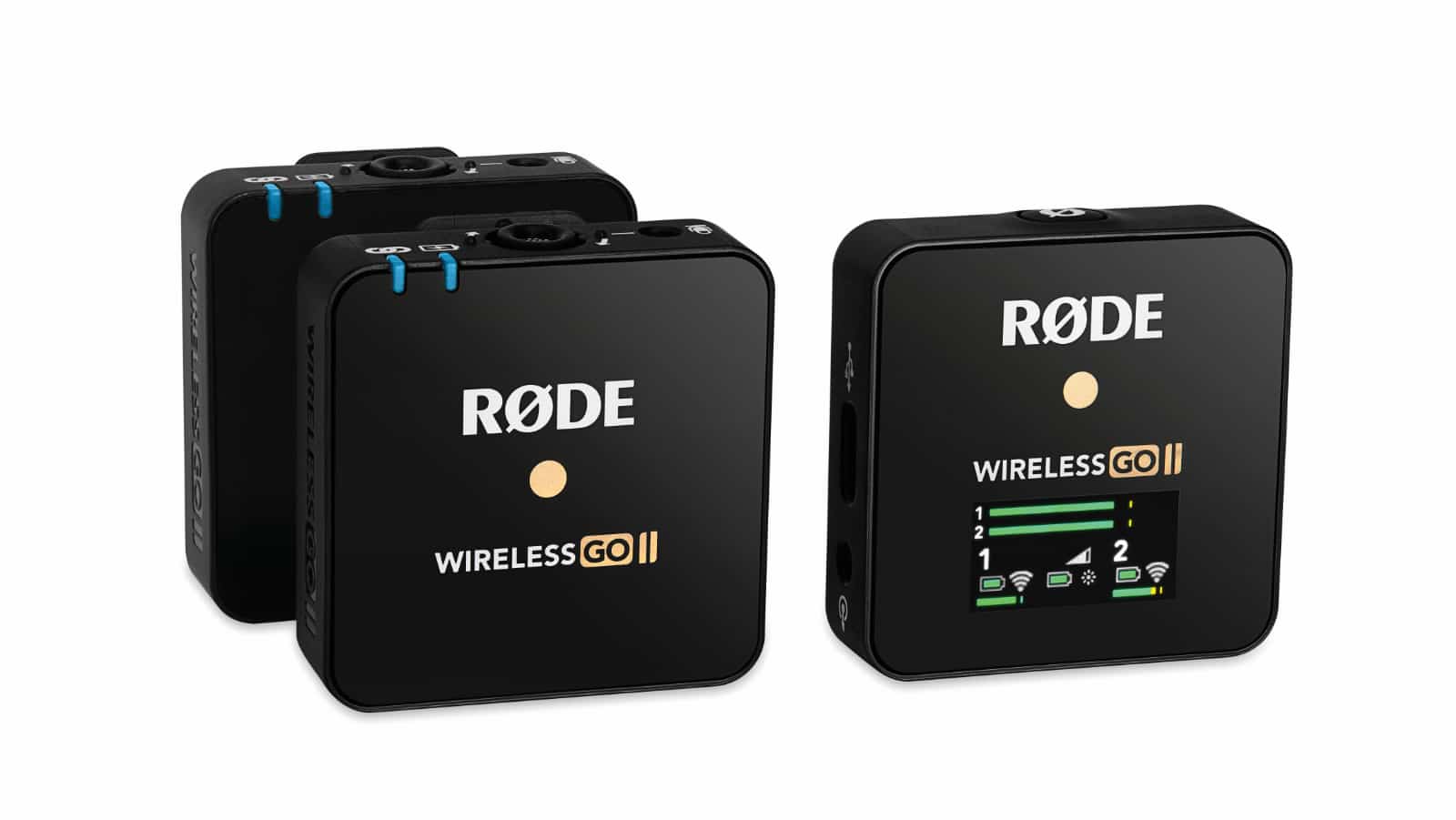 Part of what makes the Wireless Go II so interesting might be the size and feature set, basically packing the mics, the built-in storage, and the support for computers and phones into a package that weighs under 100 grams. As such, the receiver and controller is 32 grams, while each microphone square is 31 grams.

The built-in storage also means that while you can record the wireless microphones to a phone or a camera, you can also leave the recording on the device, with support for over 24 hours in each microphone, and a piece of software — Rode Central — which can be used to access that recording, complete with a safety channel that records the audio at a lower volume, just in case the main channel distorts from loudness.

“The original Wireless GO was a game-changer. It truly revolutionised sound capture for everyone from vloggers to business professionals producing content while working from home,” said Damien Wilson, CEO of Rode.

“The Wireless Go II is a huge leap forward in terms of useability and versatility, while retaining all the elements that made the first edition such a success,” he said.

“It represents Rode’s mission to innovate and continue evolving our product lines, always with creators in mind. The Wireless Go II is once again going to change the way people record audio for their content.”

The Rode Wireless Go II is set to be available at specialist retailers across Australia for $399, with the two microphones in the box. 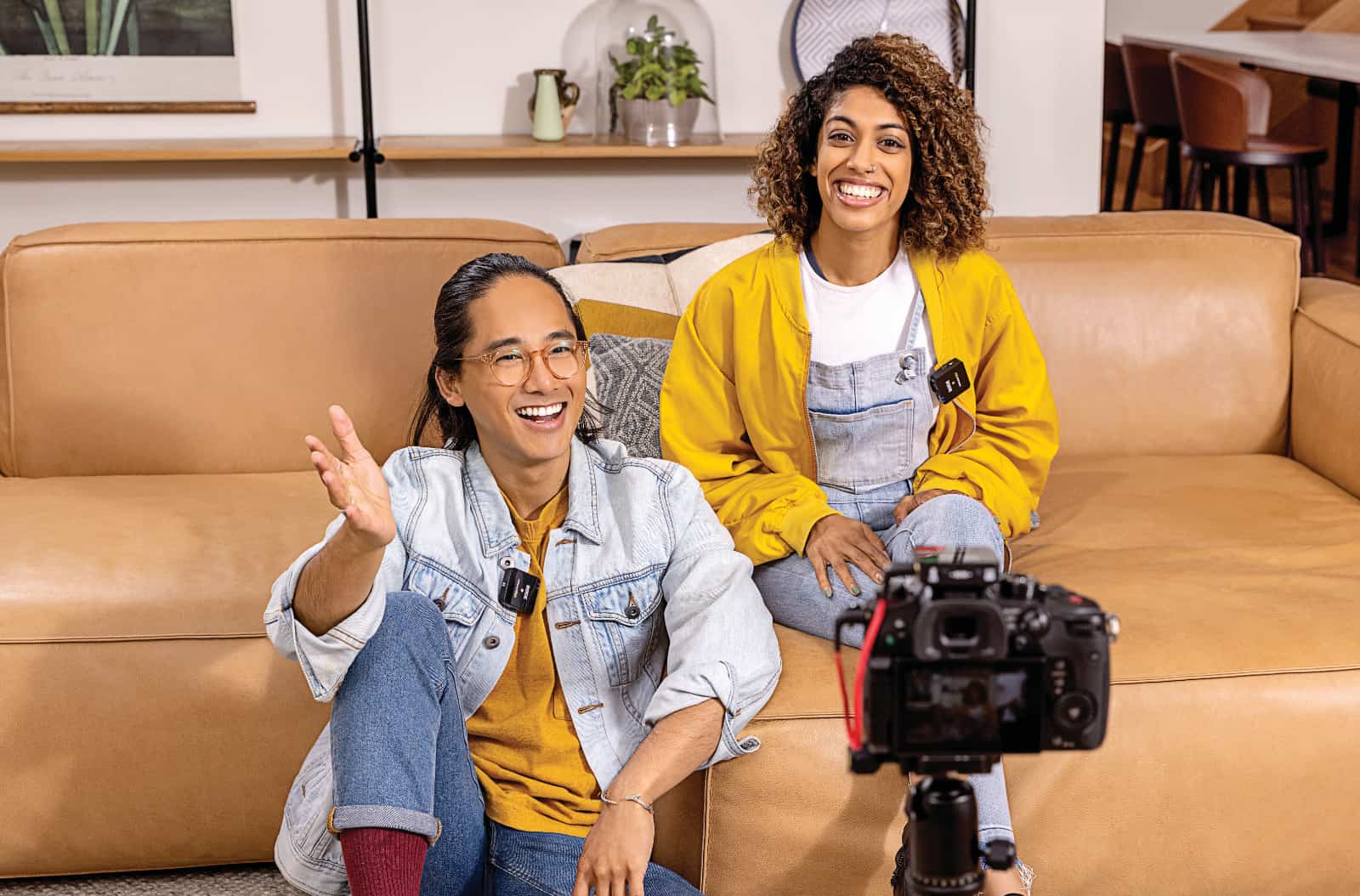