An idea built to send an alert if you’re not feeling safe or to get you out of uncomfortable situations is launching on iOS and Android.

We’ve all been in situations that didn’t make us feel quite right. Walking home in the dark, trying to make our way in unfamiliar places, looking around as we wonder if we’re safe. It’s worse for some more than others, though.

Feeling like someone is watching you or walking behind you has created a movement of others keen to help, and why people have created a collection of fake calls on TikTok to assist with just that. Rather than be alone, these videos simulate that you’re talking to someone to help keep you safe, and they may not be the only mechanism to help in that regard.

Locally, three Australians have come together to get an app built specifically focused on keeping people safe. Called the “Safie” app, it’s essentially a panic to send out pre-written text messages in the form of an “I’m not OK” button, in that if you press it, it will not only send messages, but also take pictures, record audio, and turn on your GPS, sending these to emergency contacts in your phone, if needed.

The idea is to help people feeling unsafe as they move about, reinforcing that they’re not alone, and that their close contact list is aware of what’s going on.

“At first we began thinking about all the situations our kids might find themselves,” said one of the founders, Ross Sbisa, who noted the idea for the app initially started back when Jill Meagher was murdered walking home from a pub in 2012.

“We came up with everyday events like going to and from school or school sport, going to the movies or the beach with friends, wandering away on family shopping trips,” he said.

“Then the ideas started to grow: a teen needing to be picked up from a party, an adult needing a phone call to get them out of a first date mistake, an older person who has had a mishap, or even someone who is feeling low.” 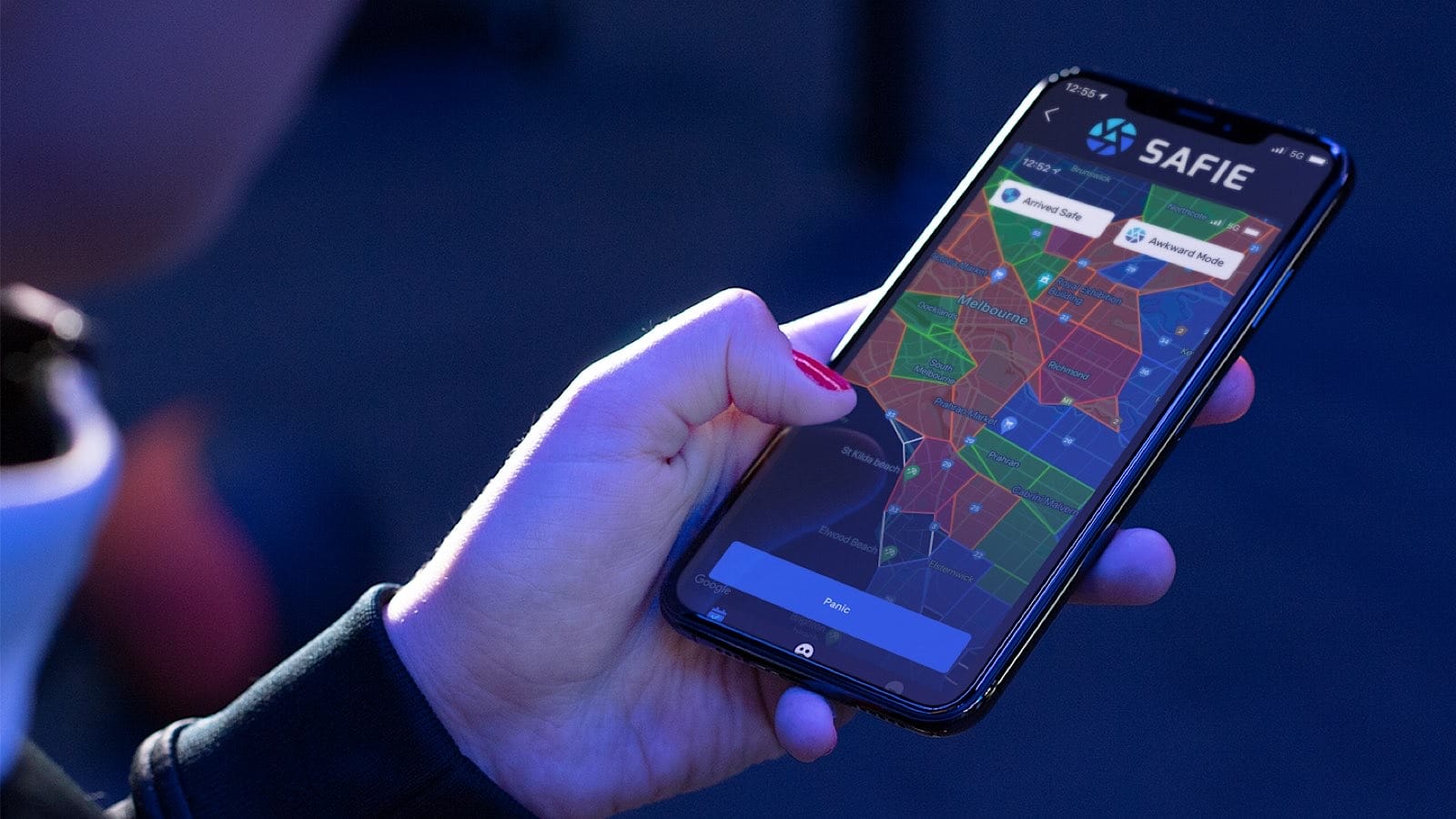 The result followed years of research and development to keep more than just kids safe, but making it possible to help anyone with a phone feeling at risk or in danger. Now when the button is pressed, Safie triggers cameras on both the front and back of a phone for images, turns on the microphone to recording what’s going on, and fires up the GPS for a location transmission on where the button has been pushed. It’s essentially a record, and text messages go out, as well.

In short, it’s a collection of actions made to help reinforce the idea that not only are you telling someone you need to get out of dodge, but you’re recording the evidence if someone were to happen, and sending it, as well.

“People freeze when they’re frightened,” said Sbisa. “Working out how to get out of a dangerous or awkward situation can take time or be impossible in the moment. If you’ve worked it out before, you can act. You get help, you get out and you get safe.”

Safie’s team told Pickr that this was just the start, with features rolling out to be sent to chosen contacts as a push notification for immediate responses, including whether the person was feeling awkward, not OK, or if they had arrived safely through the app, while premium features will be sent via SMS.

Over time, Safie’s team says firing the app over a wearable and through voice or motion is something in the roadmap, potentially allowing someone feeling unsafe to trigger their “I’m not OK” button simply by touching a watch or calling out to their headphones “I’m not OK”, and having the app go to work.

For now, Safie has launched locally, and hopes to change the way people feel about walking home or generally feeling unsafe, available on both iPhone and Android app marketplaces.