The idea of “unlimited data” doesn’t work for everyone, thanks to the speed maximums placed by telcos, but at least one is giving some semblance of choice.

Australia’s biggest telcos have largely kept to a singular approach when it comes to including unlimited mobile data for their customers, though it’s one that doesn’t impress everyone.

While mobile data typically doesn’t always have a limit these days, once you go over the main amount you’re set with, the speed drops, and significantly. Ever since unlimited plans rolled out, Australians on these plans have seen their mobile speeds drop to ADSL1 speeds of 1.5Mbps when they were done with their monthly download amount, leaving the remainder of the “unlimited downloads” to a speed barely deserving of the term “broadband”, but some change is coming.

Vodafone has this week chimed in that it is adding a few plans under the label of “Infinite” to its assortment, which keep a speed limitation in the mix, but no longer cut it off at 1.5Mbps. Rather, each option goes a little higher, though you’ll have to spend big if you want the bare minimum of what the National Broadband Network offers.

The newly introduced Vodafone Infinite plans ofer unlimited data past a set amount on maximum speeds, with an option for the rest of the mobile data speed at 2Mbps, 10Mbps, or 25Mbps depending on how much you spend.

For $40 and $45, there’s Vodafone’s Infinite Lite and Lite+, with 10GB and 30GB at maximum speed, and then up to 2Mbps for the remainder of what constitutes unlimited, while the $55 and $65 “Super” Infinite plans will offer 60GB and 100GB at 4G’s maximum speeds, before switching to unlimited data in the rest of the month at up to 10Mbps.

And if you need more data and still acceptable speed when the data cap has been reached, the Vodafone Infinite Ultra plan offers 150GB per month at maximum speeds, while the remainder of the data — the unlimited portion — clocks in at up to 25Mbps.

“We are moving beyond the simple data allowance concept and giving our customers a usage experience that suits their needs and delivers peace of mind that they can stay connected in a way that works for them even if they happen to go over their Max Speed data,” said Arthur Panos, General Manager of Product and Devices at Vodafone.

“Whether it’s doing a virtual meeting on the run, firing off emails at lunch or catching up with loved ones over video chat, we’re excited to give customers new infinite data options and more choice when it comes to their mobile plan,” he said.

However Vodafone’s “Infinite” additions aren’t replacements to plans already out there, and exist by themselves. While they’ll be available on 12-, 24-, and 36-month options, you will have to upgrade to them if you want your unlimited data to go beyond the 1.5Mbps offered by Vodafone’s Plus plans. 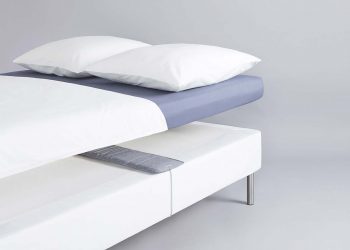 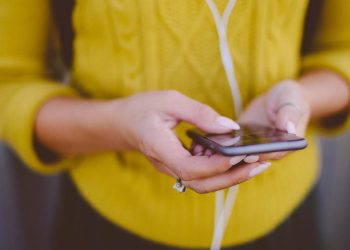