Not a fan of the webcam your computer has for those regular Zoom meetings? If you own a Sony camera, you might just have a new webcam, too.

With so many of us working from home (WFH), it’s hardly surprising that we’re all getting cozy with our webcams lately. They’ve quite possibly never had the use that they’re getting now, as Zoom, WebEx, Google Meet, BlueJeans, Microsoft Teams, and other services are getting flexed more and more, thanks to the WFH world.

But while webcams differ between the computers out there in the world, the quality might not be what we all like. HD quality from a webcam isn’t likely to be bad, but fixed to a specific angle at the top of your computer screen, it might not be an angle you like or love.

A proper camera — you know, one that’s not on you phone — might be a way around this, effectively giving you more control of the angle and crop, but going this route often requires you to have some form of capture card, because proper cameras rarely get plugged into a computer to go live without them. With so many people working from home, however, camera companies are gradually embracing this area, and building software to help people turn their cameras into a more controllable webcam, providing not just the crop and angle, but also the clarity of the lenses being used.

Sony is doing that this week, releasing “Imaging Edge Webcam”, a bit of software for Windows that can turn a good 35 of its camera models into a webcam for free.

Imaging Edge Webcam simply needs a Sony camera — Sony Alpha (a) models including the 7 II and higher, Alpha 9 and higher, a6100, a6400, a6600, the recently introduced ZV-1, and several RX generations — plus a USB cable, and a computer with Windows 10, and you should be able to switch over a Zoom or Google Meet to using the Sony camera as the driver. Most of Sony’s cameras can be powered and recharged using a USB cable, so it should keep them powered, too.

One thing we’ve confirmed doesn’t exist yet is Mac software, with Mac users with Sony cameras out of the running to try this technology, at least for now. We’re checking to find out whether it’s coming, but Sony wouldn’t be the first camera brand to launch webcam software without Mac support. Nikon launched a similar piece of software this month for Windows only, while Canon’s webcam software launched several months ago as much of the world shifted to working from home arrived for both Mac and Windows.

“Given the growing demand for live streaming and video communication, we’re excited to share a new application that offers loyal Sony customers the ability to quickly and easily transform their camera into a highly effective webcam for live streaming, video calls and so much more, said Jun Yoon, Head of Digital Imaging for Sony in Australia and New Zealand.

As to whether the webcam software will use plug in microphones to improve on-board camera sound, our guess is yes, since it’s likely passing through anything connected, but we’ll let you know when we find out from Sony’s team.

Otherwise, Sony’s Image Edge Webcam is available now for Windows PCs. Mac users keen to try something similar may have to resort to an HDMI capture card until Sony builds a piece of software. 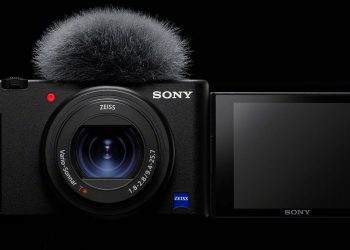 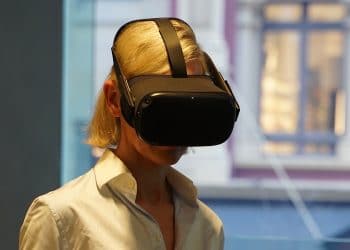