The biggest technology show to start the year offered up ideas for the grown-ups, but what about ideas for the little ones in your life?

Technology journalists and tech obsessed alike tend to kickstart the year with what is arguably the world’s biggest technology show every year, CES in Las Vegas, and it generally centres around those big technologies you can expect in the home.

Televisions tend to take centre stage alongside a gadget that sits just outside the home — cars — but it’s home to all sorts of things. You can find computers, robots and automation, sound systems, headphones, cameras, and more. This year, we even saw some more unusual takes on technology, such as one gadget that turns air into water, no doubt a necessary gadget as climate change takes hold and rainfall dries up.

But there was one area we started to see more of, particularly in the start up pavilion that is Eureka Park, as kids tech started to make more of a dent.

Kids tech isn’t anything new, and while you might shorten it slightly and lump the words together to become “kidtech”, or just call it for what it is — technology for kids — there seems to be some clear focuses on it, with much of it based around learning.

It’s not always easy to get kids learning something, though technology aims to help out by making it fun and turning the process into a game. That was something CES 2020 highlighted more and more of, with plenty of examples that showed just how the technology world was support children, and why kids tech ruled at CES this year, particularly through these four examples. 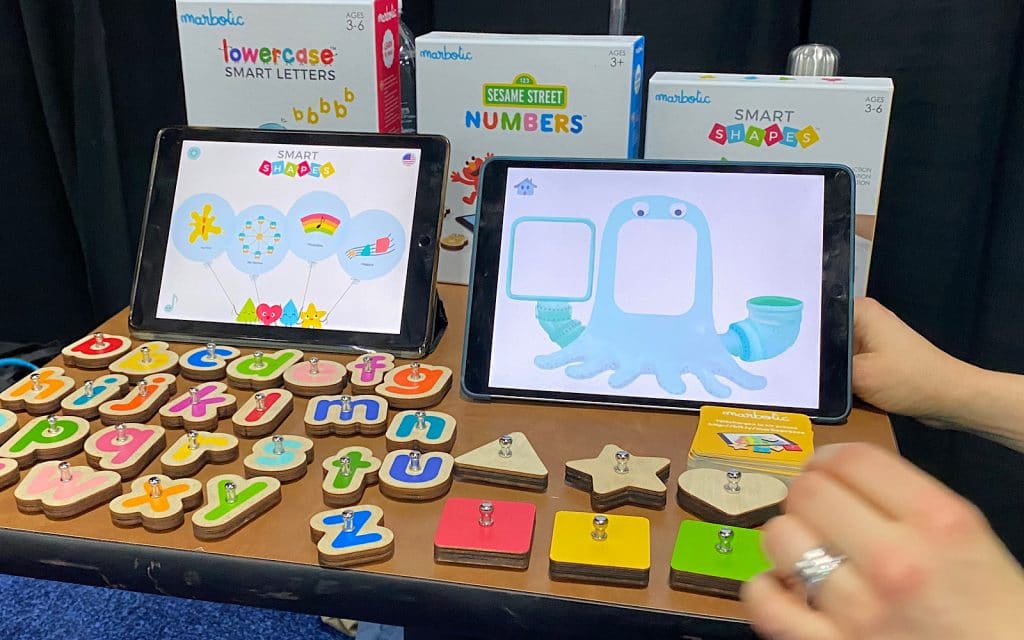 One of the first examples of kids tech we saw at CES was something cute by Marbotic, a French company that had found a way to get kids using an iPad by using letters, numbers, and shapes, and without the need for Bluetooth.

The company has teamed up with Sesame Street for one of its approaches, teaching kids numbers before they’d necessarily be learning maths, and using what is a quaint solution to the needs of technology by placing touch points on physical objects that tells the screen and app which shape is touching the screen. Essentially, these blocks simulate a specific arrangement of touch, which tells the app that you’re touching a “3” to a screen or a letter combination, working in tandem with that app to make the connection.

It’s a really cute approach to something that typically requires wireless technology, and means very young kids can learn something using an iPad with physical objects they can hold and touch.

There’s no word on Australian availability for the Marbotic concept just yet, which is basically wooden shapes with capactive touch points and an iPad app, but the team told us they’re eyeing Australia for release in the near future. For now, it’s a US release at American Apple Stores, with the Sesame Street variant fetching a price of around $50 USD, while variants for shapes and letters also exist, too. 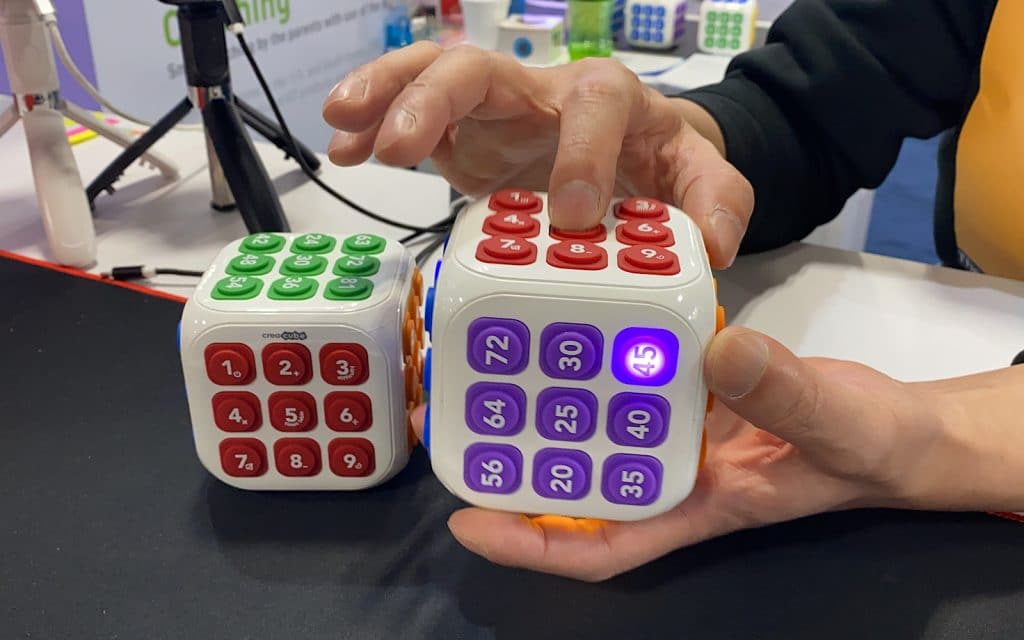 Want to get your kids away from the iPad and onto something physical?

A Korean company has a cute approach in the CreaCube, a large hand-held cube covers in numbers that allows kids to play a game. A counting game, specifically, with addition, subtraction, multiplication, and division, and encouraging them to press the right numbered button in sequence.

It’s essentially an interactive maths toy, encouraging the right press in each sequence, such as how 5+5 equals 10, and how after that you could presume it would be 15, and so on.

Think of this is as an interactive approach to raising a quick maths mind, and there’s even an app alongside it if you decide to bring the iPad back, or maybe just an Android or iPhone.

No word on availability on this one from our time at CES, but the CreaCube website is up if you want to check more information on the gadget. 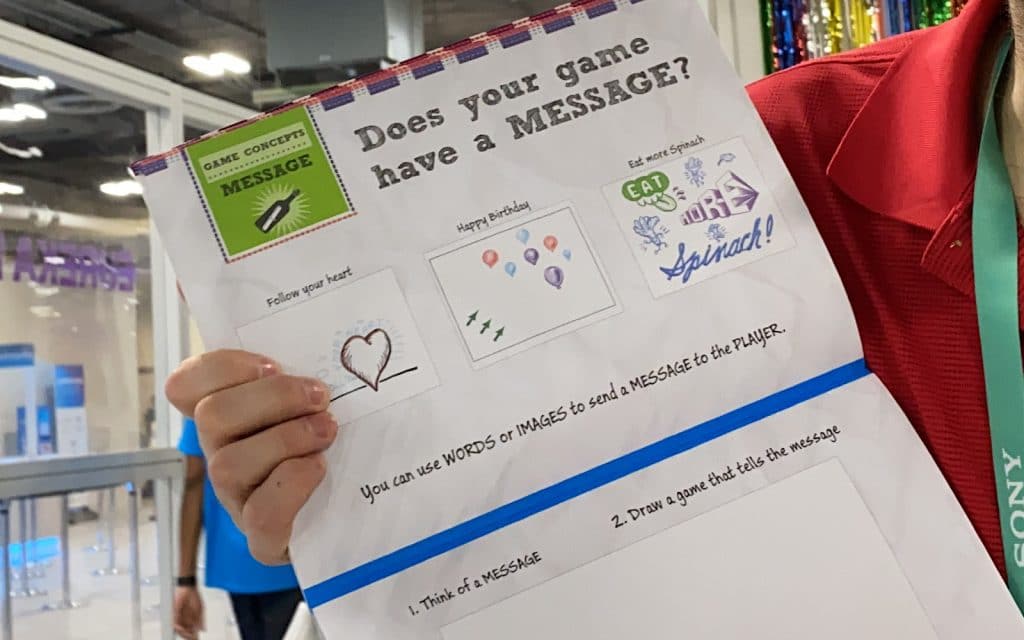 Bring the iPad back into the equation and you might want to check out Doodlematic, a drawing and app kit that teaches kids and families how to make games by using their own drawings.

This one is an interesting take because it uses something the kids can actively work on and turns that creativity into something digital, using the colours of those things into digital creations.

Kids will work with five colours — green, red, purple, blue, and black — and the Doodlematic app will use that to turn the ideas into games, digitising the solution and letting kids play the result on an iPad.

While the idea definitely has merit, Doodlematic doesn’t essentially need its activity book to work, and essentially can work with just using the colour pens and understanding the principle, demonstrating the concept to Pickr on a cake it had decorated. That means once kids understand how it works, they can start designing simplified games using the colours in other places, such as with clay or a cake themselves. 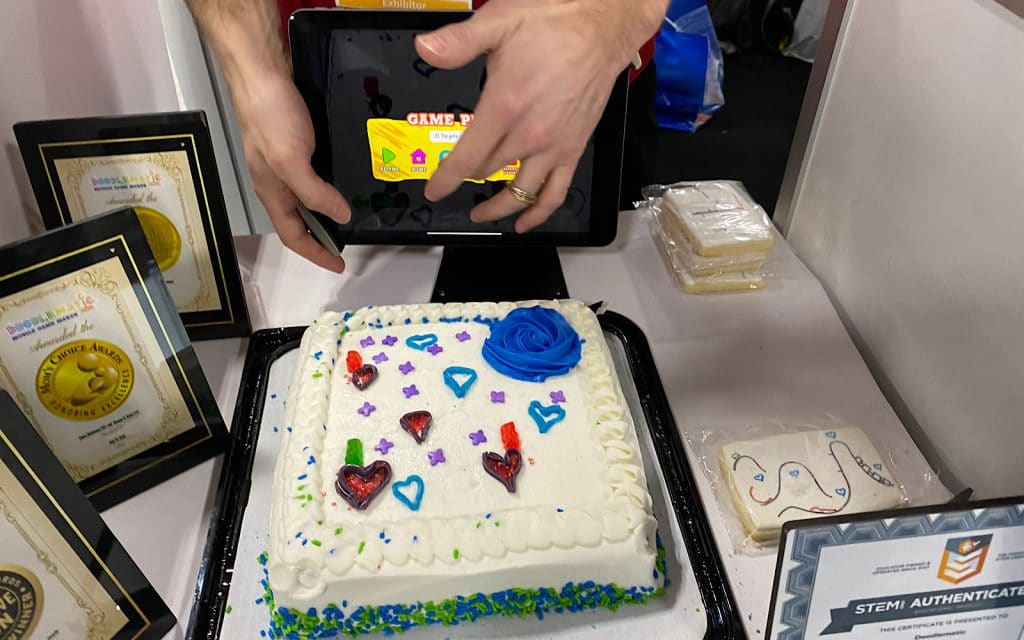 And this might eventually lead them to wanting to know more about designing games, or even programming with more complex approaches altogether.

Doodlematic doesn’t have an Australian presence, and while we were told that is something the company is considering, its US site does suggest you can find it for around $30 USD. 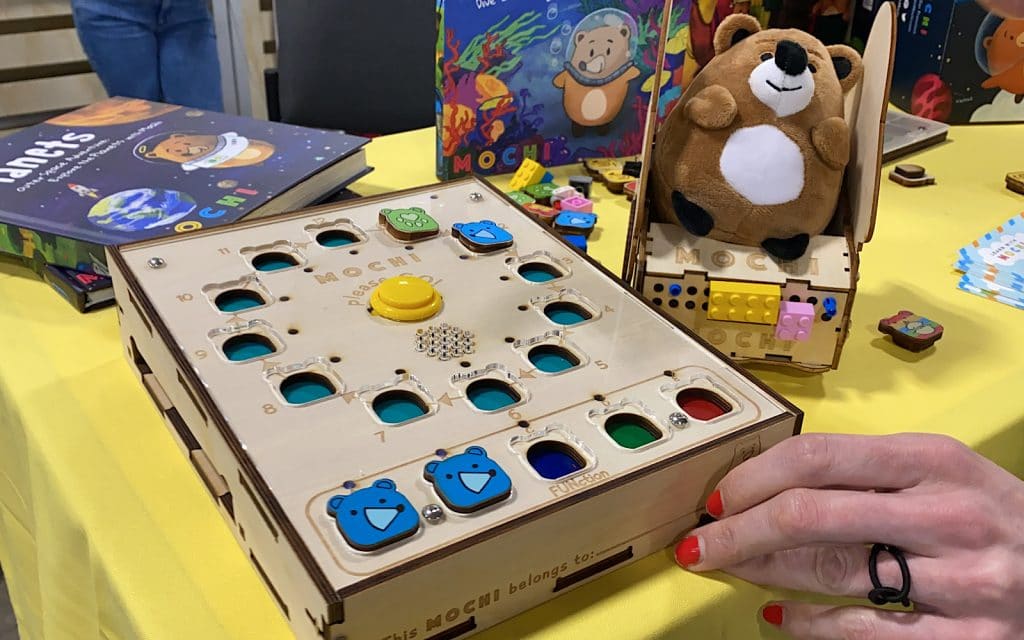 Teaching the logic of programming’s “if this then that” is often seen as the most complex part of teaching anyone programming. While you can build programs in a non-linear fashion, the functionality behind programming is generally linear, and follows a logic of something starting a function, and then leading it down a path.

This method is how objects perform functions, and can help lay the groundwork for understanding how programs work. Once you get this, you can learn the ins and outs of what programming language you want to learn, though many regard this sort of structure as something that isn’t always easy to comprehend.

Programming lessons such as Apple’s Swift Playgrounds teach it from an early point, but you need an iPad to make it happen. However Mochi works a little differently, building a physical almost board game style solution to the problem, using tiles to represent functions and actions to make a remote control moving gadget move using those functions.

Mochi is a curious take on learning the program that employs physical action to direct programming in real like, and even has a few books and board games to turn the idea into a proper little game for little people. 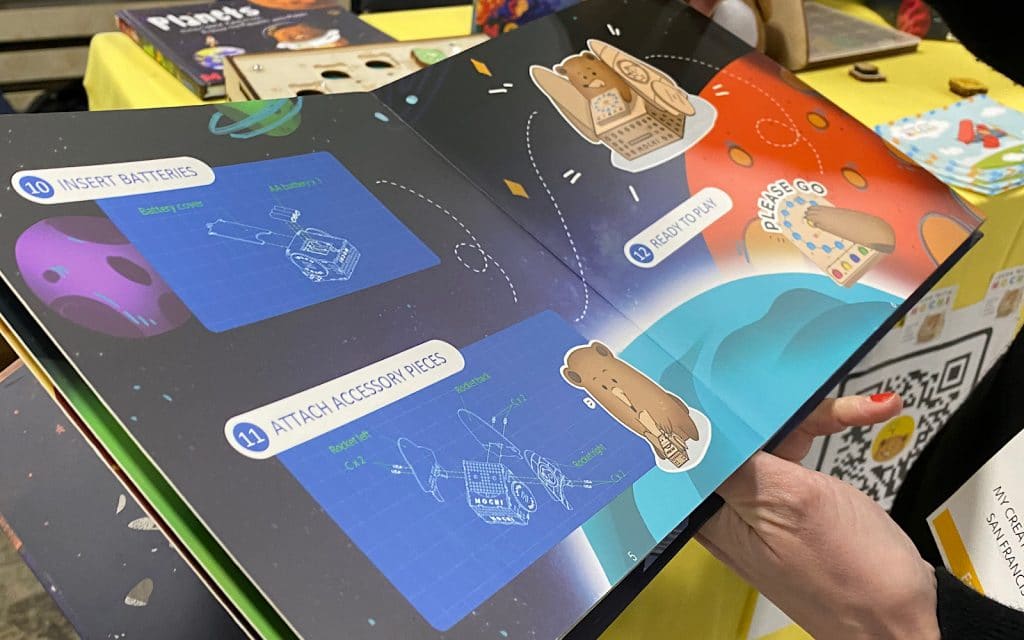 Also known as the Mochi Robot, it’s less a robot as there’s not as much robotic functionality. Rather, it’s more the Mochi programming toy, and appears a really intriguing a way to teach kids how functions work in the programming world with a cute take made from the not so digitally minded wood. Seriously, this is a programming toy made from wood, which we love. It makes it more like a proper board game.

There’s no word on the Mochi programming toy being released in Australia, but you can find Mochi online for around $299 USD.