Apple gets students coding on macOS as Swift Playgrounds expands

The creative coding concept that encourages kids to learn to code early is making the jump to another Apple device.

Apple has come out with some pretty great ideas in recent years, but one of our favourites is built to teach kids how to code.

Whether you have a child interested in learning how to think like a programmer, or how to actually code and make something people can use, Swift Playgrounds for iPad has actually made it possible to get kids into programming from an early age by gamifying it.

The games are simple, but work on teaching through not just the brain and logical paths behind coding, but Apple’s Swift programming language, too, which means anyone using Swift Playgrounds to learn isn’t just learning a programming method, but a language to apply it to. 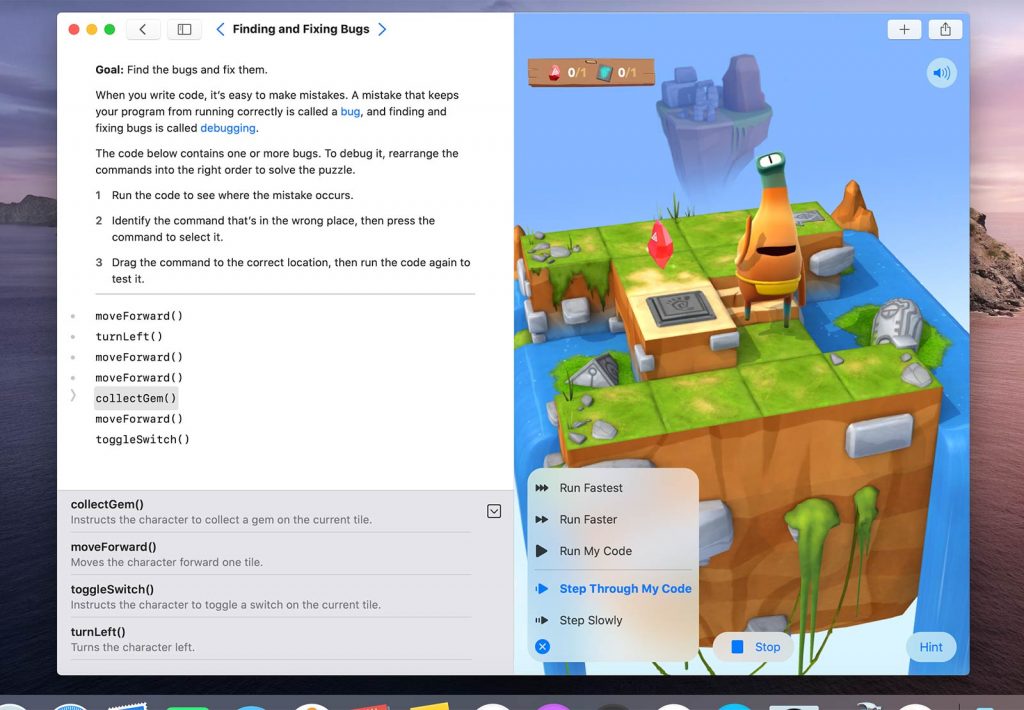 Now, Apple is bringing that platform to another place to use it, as Swift Playgrounds jumps from the mobile environment of the iPad to more desktops on macOS. Whether it’s used on an MacBook Air or MacBook Pro laptop, or even an iMac, Swift Playgrounds for Mac is effectively a desktop counterpart for its portable iteration, and brings the learning tool to more screens.

Moving from Swift Playgrounds, budding programmers could download Apple’s Xcode platform, which could see them jump from learning to code with Swift Playgrounds to real-world programming on the Mac, which is how you program apps for the iPhone and iPad, too.

Apple has said Swift Playgrounds for the Mac is also a native macOS app, too, which means it can adapt to your screen size and provide extra room to write code as you learn, while an addition brings code suggestions as you type, allowing you to get any coding for those lessons sorted a little faster.

Folks with am OLED Touch Bar-equipped MacBook Pro will also find some support, complete with commands for Swift Playgrounds, built to assist and keep your fingers working away at learning and building code, no interruptions. 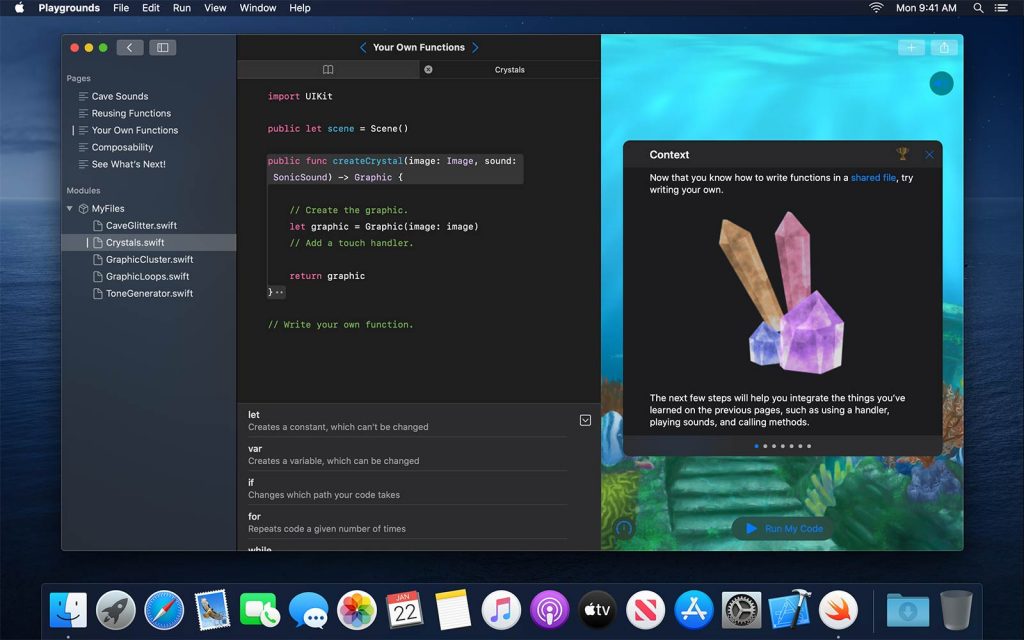 Swift Playgrounds for Mac even supports a dark mode, thanks to the recent support of a dark interface found in macOS. Handy for folks who want to work in the dark, and don’t want a white screen blowing out their eyes.

However if you’re game to try the Swift Playgrounds educational game — or you’re a school teacher keen to install and show students what’s going on — you’re going to want to make sure any Macs you have support macOS Catalina 10.15.3, the latest release (at the time of publishing).

Swift Playgrounds for Mac needs that latest update, and can’t be downloaded from the Mac App Store without it, so if you want it, update your OS and then you can use Swift Playgrounds to learn some code. 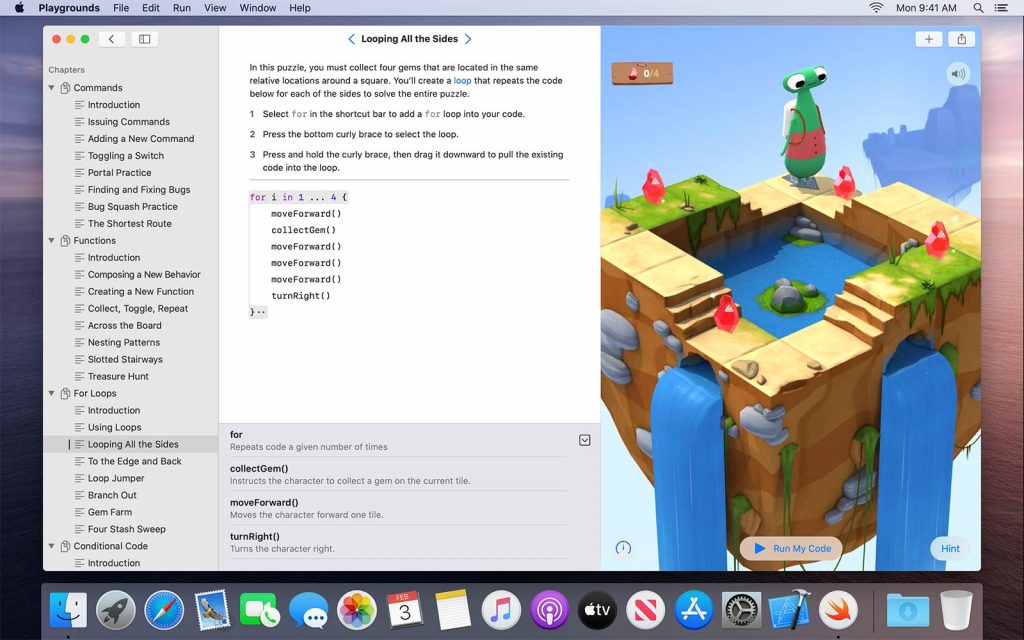