Klipsch brings the heritage style to a smaller speaker

If you prefer your gadgets to retain the look of the old school rather than that of new and you’re looking for wireless sound, Klipsch may have something for you.

Even though there’s generally a focus on new and sleek and slick for today’s modern products, some gadget makers hark back to the good ol’ days, and back to what we would call “retro” today.

Look back to the 50s and 60s, and you could expect to find brown material grills, leather wrapped bodies, wood frames, and a style of typography that wouldn’t be out of kilter on Googie architecture (that’s Googie with an “i”, not Google with an “l”).

It’s a style that looks back to older days, and the sort you could once find on TVs, on amps, and on speakers, and it’s one many would still refer to as “classic”, though it’s one that is clearly different from the metal grills and sleek design of today. But some manufacturers are still specialising in it, applying that approach and brush to newer design.

Klipsch has announced a new gadget for Australia that does just that, outing a small-ish Bluetooth speaker in the Groove Heritage, a speaker that packs in eight hours of battery life with a retro design, complete with wood veneer and a similar approach to design, outside of the buttons up top.

The Groove Heritage wireless speaker looks more like the old, but aims to packs in tech of the new, with a three inch driver working with sound processing, plus support for wireless sound from a phone or laptop, but there’s also a 3.5mm connection should you need it.

Klipsch’s Groove Heritage is a little on the heavy side for a Bluetooth speaker, sitting at just under a kilogram (0.99kg), making it not heavy, but also not exactly light for small speakers.

One thing’s for sure: the Klipsch Groove Heritage does look a little more like an old school speaker, so if that’s what grabs you, expect it in stores across the country for a recommended retail price of $299. 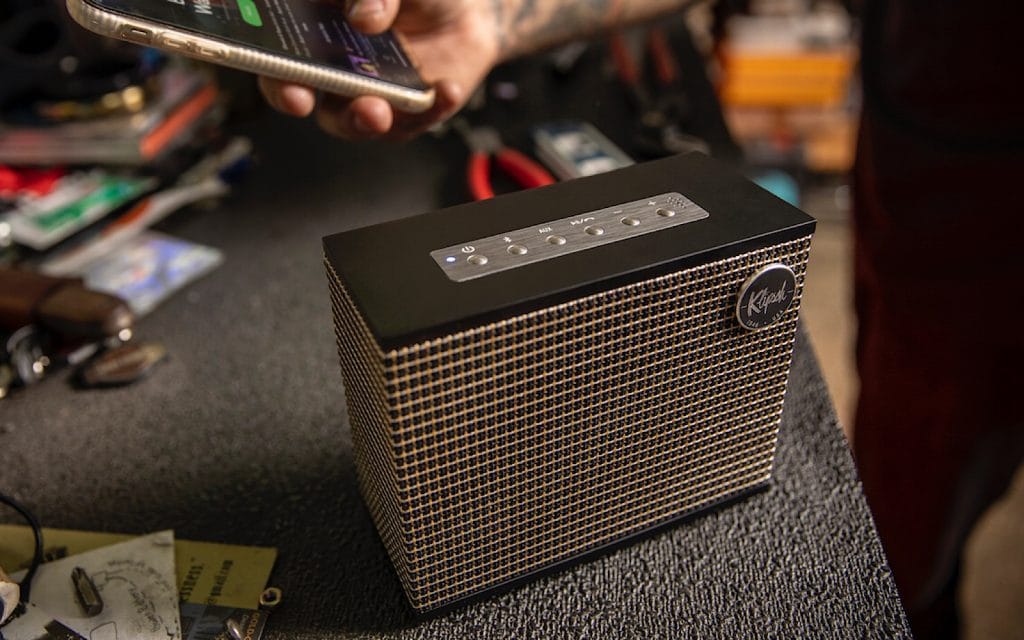