It’s not just Sony that will give noise cancelling a good run, as Huawei takes on the category with something, too.

Huawei may have a trouble or two with releasing a new Android phone in a country as dependent on Google’s apps as much of the West, but it’s not the only category Huawei is giving a stab.

With a smartwatch or five under its belt and at least two takes on wireless earphones, Huawei is trying a third go for portable sound with some smarts it has gleaned from its chips.

Its chips are one of the very things Huawei is known for, and sit at heart of many of its phones, particularly the flagship models that get attention. In fact, it used the IFA 2019 show this past week to launch one of those chips, and it is using similar hardware in an upcoming pair of earphones.

They’re called the Huawei Freebuds 3, and while they look a little like Apple’s AirPods, they’re a little more interesting, using a Huawei Kirin chip called the “A1” to not only process audio and handle Bluetooth, but also deal with noise cancellation.

That’s something Huawei is accomplishing with processing through the chip, and make it one of the first times we’ve seen active noise cancellation applied to an open audio style of earphone, or more specifically, an earbud.

Alongside this slightly unique approach to open listening, Huawei is quoting up to 20 hours of charge when used with the case, with four hours in the Freebuds 3 when you take them out to use them.

It’s pretty clear Huawei is looking directly at Apple with this design, because while previous Freebuds have taken on more of an earphone approach in the style of the AirPod, these are more of an earbud, and that’s something Apple tends to stay in more than any other company.

There’s no word on price or availability at the moment, though there are some interesting points to the Huawei Freebuds 3, such as how they can be wirelessly charged (yay!), but will only work with earring detection if used with a Huawei phone running EMUI 10, the next version of Huawei’s Android overlay. They’ll still work with Bluetooth on other phones, just maybe not with some of the automatic control.

One thing’s for sure, despite the name “Freebuds”, these for sure won’t be free. We’ll let you know when we do have a price, though, and a time when you can find them in stores. 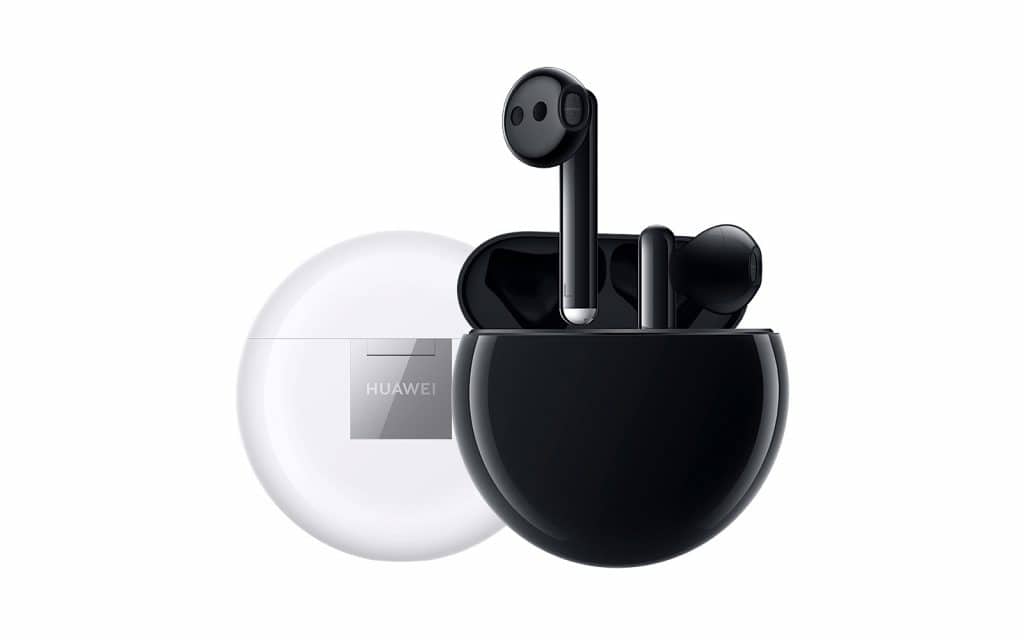