The future is coming, and while that might be perpetually true, a taste of the future has been shown by scientists at MIT, which have made a device that in essence reads your thoughts.

If you’ve ever wanted to communicate using only your thoughts, that may well be coming in the not-too-distant-future. While scientists have been working on thought control interfaces for sometime for computers, one of the most exciting developments have been announced in a new device created by students at MIT (Massachusetts Institute of Technology) in America.

Called “AlterEgo”, it’s essentially a thought-reading gadget you wear that can track your subvocalisation, or to put it simply, the subtle neuromusclular movements you make when you say words in your head that your vocal chords have acted on, albeit without speech.

The device picks up on these movements using small electrodes, and are the dark passed to a computer to translate the signals into words, while a pair of bone-conduction earphones send the sound to your ears, so while you’re essentially talking to yourself and a computer, you can still hear the outside world.
When the technology is developed further, users of the AlterEgo could essentially write messages and talk to the world all without opening their mouth, and without uttering a sound.

“The motivation for this was to build an IA device — an intelligence-augmentation device,” said Arnav Kapur, lead developer for the AlterEgo project and a graduate student at the MIT Media Lab.

“Our idea was: Could we have a computing platform that’s more internal, that melds human and machine in some ways and that feels like an internal extension of our own cognition?”

The result is a wearable, albeit one in deep prototype stage, though one that essentially has the power to read your thoughts as you say them in your head.

We all know what that’s like, whether we want to admit it or not, because every time something asks you for your password, there’s a good chance you’re saying it in your head, rather than out loud. While you’re not physically and vocally saying, small and practically imperceptible muscles are playing the letters and words out, helping you to vocalise even if it’s without sound.

These movements are called “subvocalisations”, and it’s where current research is for thoughts to be translated into spoken word, a field that is very, very sci-fi.

“We’re in the middle of collecting data, and the results look nice,” said Kapur. “I think we’ll achieve full conversation some day.”

Beyond the concept of full conversation, there’s the possibility for people who have lost the ability to speak to do so again, returning a sense of normality. And that’s the tip of the iceberg.

“I think that they’re a little underselling what I think is a real potential for the work,” says Thad Starner, Professor at Georgia Tech’s College of Computing. “Like, say, controlling the airplanes on the tarmac at Hartsfield Airport here in Atlanta. You’ve got jet noise all around you, you’re wearing these big ear-protection things — wouldn’t it be great to communicate with voice in an environment where you normally wouldn’t be able to?”

“You can imagine all these situations where you have a high-noise environment, like the flight deck of an aircraft carrier, or even places with a lot of machinery, like a power plant or a printing press,” he said. “This is a system that would make sense, especially because oftentimes in these types of or situations people are already wearing protective gear.”

Kapur’s technology is a ways off from being released, but it’s an indication of where the future is headed, and given enough time, could show a world where what you think is as important as what you say. 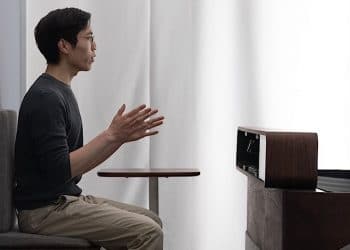 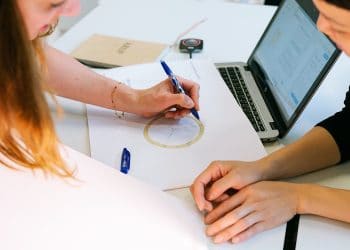 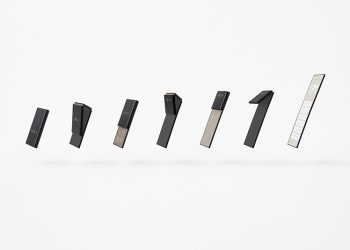