Last week’s temporary roll-out of Mario for Google Maps was cute, but it wasn’t super useful. This week, though, Google Maps gets a good update worth keeping around.

Google Maps is getting a new feature this week, and Sydney is one of the first places it’s being launched. No, it’s not Luigi to join Mario, nor is it anyone else from the Super Mario Bros cast of characters.

Rather, it’s something much more useful, with wheelchair-accessible route options, a feature that is coming to Google Maps on Android, iOS, and also the desktop, as well.

Five parts of the world will get the accessible routes to begin with, and Australia’s Sydney is lucky to join London, Tokyo, Boston, and Mexico City for the launch, though Google is working with more transit agencies in the world to add more wheelchair routes to Google Maps later on.

While that means Sydney is the first place in Australia to see the wheelchair accessibility, it probably means Melbourne, Gold Coast, Canberra, Brisbane, Perth, and other big places in Australia probably aren’t far away, either.

We’ll let you know when that happens. 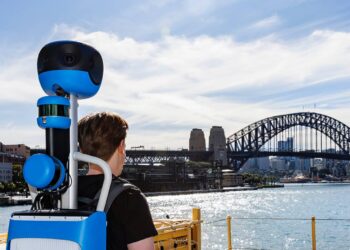