Last year’s Ionic felt like more Fitbit than smartwatch, but the company is giving it another go, and adding a wearable for kids, too.

The wearable market is big. So big that while we once looked to our phones to tell us the time, many of us are now returning to something worn on the wrist, only it does a little more.

Fitbit practically re-invented that category, and it started with the need to track fitness. Once a hip-worn device, Fitbit’s trackers have changed over the years, as the company researched how to make its technology better. That’s included buying out companies to make improvements, and one of those buyouts was of a little company you may know of called Pebble.

Originally a bit of a surprise company doing well in Kickstarter, Pebble’s smartwatches brought with them electronic ink technology and simple designs, as well as the ability to work on both of the major platforms.

Back in 2016, Pebble was bought, as the company became part of Fitbit, and while support for Pebble’s hardware gradually winded down, it’s clear now Fitbit was working with its resources to build something very Pebble-like.

This week, Fitbit has announced a new smartwatch. Called the Versa, it’s Fitbit’s lightest smartwatch and offers many of the technologies that last year’s Ionic appeared to tout, but looks more like a smartwatch than Fitbit has ever made before, with a softened square design (you might even say squircle) not unlike what we’ve seen on devices like the Apple Watch.

And yet it also looks like a wearable risen from the ashes of the now defunct Pebble.

And that might actually be what has happened: Fitbit has made a new Pebble, but added its own Fitbit-y bits and pieces to it.

That means that while Fitbit’s Versa is a smartwatch, its features are more focused on fitness than anything else. As a smartwatch, it will give you notifications for your device, store music on the device, and even provide fast replies from the watch for Android users, but most of the technology here is focused on keeping you well, including heart rate tracking, sleep tracking, on-screen workouts, and even a female health tracking feature for women over the age of 13.

A new part of Fitbit, this will log menstrual cycles, set predictions for cycles, and provide personalised insights on how other things being tracked by the wearable — such as sleep, weight, and activity — affect cycles.

“Female health tracking will empower women with a greater understanding of their menstrual cycles in conjunction with their physical and mental health, as they start to recognise what are normal trends over time versus what could be an issue to share with their doctor,” said Dr Katharine White, Fitbit Advisor and Assistant Professor of Obstetrics and Gynaecology at Boston University School of Medicine.

Fitbit’s OS 2.0 will do the job of tabulating that, and it also comes with a new feature later in the year to provide prompts for how you can improve your life based on the information being logged. That’s not for now, but rather later, and joins the further development of the blood oxygen sensor and what Fitbit plans to do with it.

First launched in Fitbit’s Ionic, the inclusion of a blood oxygen sensor (SpO2) is useful for tracking health and heart, though Fitbit sees its development as being vital for indication of sleep apnoea later on, a feature the Fitbit Versa and Ionic would both support.

They’re just two features Fitbit plans to add to its Versa, a wearable that is finally looking more like a smartwatch than Fitbit has ever mustered before, and even sports a good four days of battery life.

“As the wearables category continues to grow, Fitbit Versa fills a critical need in the market by delivering a beautifully designed, full-featured smartwatch that is easy to use at a very competitive price,” said James Park, Co-founder and CEO of Fitbit.

It’s not the only device that Fitbit has launched, mind you, because while the Versa seems focused on adults, Fitbit is also looking to kids with the launch of the Ace.

Looking a little like a Fitbit Alta that has been resized, the Fitbit Ace is a Fitbit for kids.

Built for kids aged eight and older, it sports five days battery life, a showerproof wrist band, and can do the sort of tracking most people expect a Fitbit to do, while also telling the kids that they should be moving.

The Fitbit Ace does appear to be a smaller Fitbit useful for getting the kids off their proverbials, but while a wearable is useful, the point of this one is more for parents to track them, and for gamified rewards to encourage them.

For instance, if you keep complaining that they’re sitting in front of the TV too much and not getting outside, the app will reward them with in-app badges, while social challenges will let them face off against family members and friends.

Your kids will need an iOS or Android device to sync to, but if they have a phone, that should be fine, and Fitbit even says Windows devices are coming soon too, potentially meaning their computers for school.

The point of this one, though, is getting kids to be more active, just like the efforts coming from the parent and adult side of things.

And from the looks of things, both the Fitbit Ace and the Fitbit Versa will be coming to Australia, though one a little later than the other. 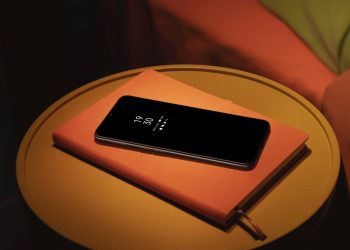 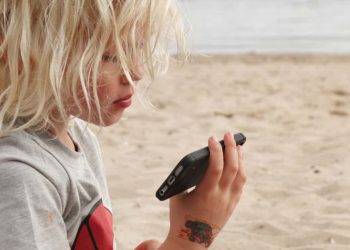 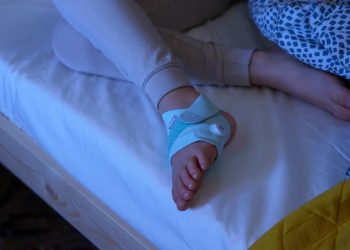