Now that drones are used by filmmakers and photographers all over the world, DJI is coming together with one of the more established camera brands.

How do you make a remote control flying vehicle better? You can make it more stable and make it easier to fly, but when one of the main reasons people grab a drone to take flight is for photography and videography, the drone maker’s next focus is likely going to be the camera.

Unsurprisingly, most drone manufacturers are not camera manufacturers. They can make their own, but there’s a good chance the results will be much better if the technology is left to a professional, opening the door to a collaboration the likes of which can make the technology even more impressive. Think of what happened when Huawei and Leica started working together, and you start to get a feel of the shot of adrenaline that these sorts of connections can bring about.

DJI’s drones are about to get that sort of connection, as the company announces a collaboration with photography brand Hasselblad, which has worked with the Swedish camera brand to deliver a better camera for its “pro” line of drones.

Launching in the DJI Mavic 2 Pro is a Hasselblad camera, and one of the smallest you’re likely to find. While it won’t have one of the massive medium format camera sensors Blad is known for, it does come with a 1-inch CMOS sensor capable of capturing 20 megapixel shots and 4K in 10-bit HDR, complete with a lens that can be adjusted through an F2.8 to F11 aperture range, allowing for lighting and composition control.

Hasselblad is bundling in its Natural Colour Solution technology (HNCS), colour profiling system that appears designed to get as close to what is deemed as “accurate colour” as possible.

Of course, the Mavic 2 Pro is also designed to take flight, and can grab RAW and JPEG photos too, using upgraded processors and sensors for safer flight, including ten sensors found on all sides of the drone to detect obstacles and avoid collisions, allowing you to capture while the drone flies. Speeds as high as 72km/h are what the Mavic 2 will fly at, while the drone itself has a maximum run-time of 31 minutes per battery.

And it’s not alone. If you don’t want the “pro” model, the same drone will be equipped with a “zoom” telephoto camera, albeit one not made by Hasselblad.

That’s what’s coming in the DJI Mavic 2 Zoom, an identical drone with a different camera, adopting a 1/2.3 inch camera sensor with an optical zoom lens capable of grabbing 24-48mm to let you get a little closer. It’s probably less ideal for getting marginally closer in aerial photography, and more useful for grabbing images and video where the drone is following someone, allowing for different crops for the 4K video and 12 megapixel images the Mavic 2 Zoom can produce.

It wil also come with a new mode called “Dolly Zoom QuickShot”, which keeps the shot zoomed and cropped as the drone flies away from the subject.

“When the Mavic Pro was launched two years ago, it redefined the way people looked at a drone and expanded possibilities for creators around the world,” said Roger Luo, President of DJI.

“Today, we enter a new era of aerial photography with the introduction of DJI’s new flagship product, the Mavic 2 series,” he said. “The Mavic 2 Pro and Mavic 2 Zoom will enable photographers and videographers to take their inspirations to the air quickly and elevate their creative ideas to new heights.”

The good news is Australians will be able to get their hands on the new drones, and pretty quickly, with word that the drones are available now, though starting at its online store and through its flagship stores in China, Hong Kong, and Korea.

That means Australians will likely have to get to the online store to get one, unless they happen to be near one of the flagships. However, you’ll find the Hasselblad-equipped Mavic 2 Pro online for $2299, while its Zoom equipped sibling is $1999. An extra two batteries, car charger, battery charging hub, two pairs of propellers, and a carrying bag will also be made available in the “Fly More Kit”, arriving for $549. 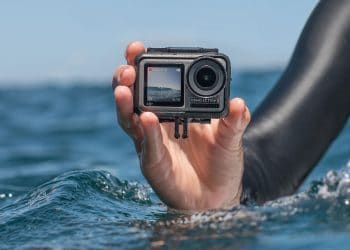 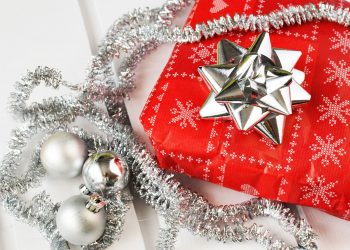