If you own the 41 megapixel Lumia 1020 or another Nokia Lumia phone, your update cycle may well be dead. Time to move on, it seems.

It’s not unusual to see companies pull the plug on software and hardware when it gets tired and old, and that exact thing is happening this week with old Windows phones, as Microsoft says goodbye to devices that didn’t quite make the cut to Windows 10. 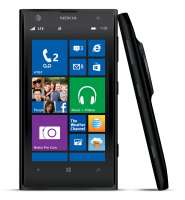 While the resurgence of Windows Phone didn’t quite take over the world the way Microsoft had hoped, Nokia, HTC, and a few other companies will offered quite a range of solid mobile devices over its time a few years back, including the very excellent and very experimental Lumia 1020 (right), the phone with a 41 megapixel camera inside that would zoom into an image based on cropping the picture down, providing what was effectively a good compromise on digital zoom.

As nice as that phone was (even though it lacked expandable storage), it seems doomed to just being nice hardware with a severely outdated operating system, as Microsoft this week pulls the plug on Windows Phone 8.1, the operating system it ran.

That’s bad news for the few Windows Phone users holding out for Microsoft to drive an update forward, letting them keep their hardware and still get the best of both worlds, and could potentially push them into the arms of Apple’s iOS or Google’s Android, if they haven’t made that jump already.

Seriously, as much as we like Windows Phone, Microsoft appears to be letting this one die. It’s been quite a while between releases here, and while the Lumia 950 and Lumia 950XL were all acceptable devices, they’re now almost two years old, and the app availability isn’t exactly strong on the Windows platform. The last company to release a Windows Phone was HP, and we didn’t hear much about the positives on that one, either.

Sadly, as strong as Windows is on the desktop and laptop side, not to mention the hybridisation of the tablet world, Windows Phone appears to be putting itself to bed.

We’ll let you know if anything changes, but for now, if you own one of the devices not listed on the upgrade page, it’s time to move on, folks.