Intel builds a faster drive for faster everything

The need for speed isn’t just a video game title, but a thing all computer owners have screamed for at one point in time, particularly gamers. And now with a new type of drive technology, that need might be satiated.

Our computers may not be as used as our smartphones these days, but those of us who still rely on them have probably griped about the speed at least once or twice before, and possibly very recently.

Maybe your system is really old and relies on legacy technology, or maybe it’s recent enough and you just don’t feel it’s where it should be.

Regardless of the issue, it’s not hard to imagine that the latest technology will likely solve those speed woes, and if you happen to be a desktop user like those with a dedicated gaming system or a massive workstation, there’s something new on the way to make you feel good about computer speeds once more.

Announced this week in Germany, it’s a new type of solid-state drive Intel has been working on based on its “Optane” technology, a sort of middle ground hard drive that operates somewhere between the massive storage on offer in a hard drive and the hyper-fast memory computers normally rely on.

For Intel, this technology is called the Optane SSD 900P, and it will arrive in two variations, either an add-in card to plug the storage directly to a supported motherboard, while a small SSD using the U.2 standard will make it able to be plugged into computers that support the connection type.

Or to put it simply, Intel’s Optane 900P will support speeds close to 2 and 2.5GB per second, making it ideal not just for gamers, but for folks working in video and animation, with storage options that are amongst the fastest of the fast.

“The Intel Optane SSD 900P Series brings the workstation-class performance and industry-leading endurance of Intel Optane technology to a client SSD for the first time, and we know end users will find exciting ways to take advantage of the drive to do great things,” said Intel’s Bill Leszinske. 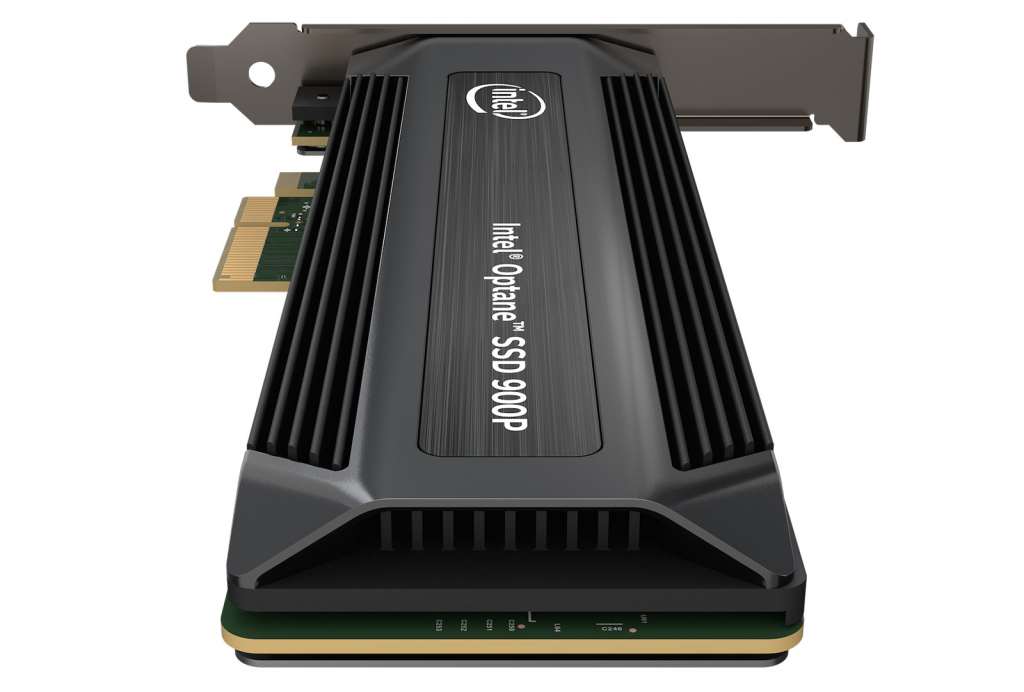 As good as the Optane 900P drives look, they’ll only arrive in 280GB and 480GB sizes, meaning you’re not going to get the same sizes you might be used to seeing, great for installing apps and keeping a few files here and there, but that computer may want some storage of a larger capacity for everything else.

And then there’s the matter of price, and that’s something we just don’t know yet because Intel has been a little tight-lipped over that.

However, given how cutting edge this gear is, our guess if you have to ask, well, you know the rest.