Intel, AMD come together for a better laptop chip

The Ultrabook concept has helped make laptops thinner, faster, and longer lasting, but graphical prowess isn’t always a part of that design. A new processor could change that, and it sees the impossible, as two rivals join forces.

There’s little doubt that Intel’s graphical grunt doesn’t hold a candle to the power of AMD’s arsenal, but what if the two could come together to make something stronger?

Almost like Mario working with Sonic or Star Wars joining the forces of Star Trek (the former which did, the latter which never would), Intel and AMD are coming together for a new laptop processor.

This week, Intel announced plans for a new generation of processing technology that would seek to combine the computational cores from Intel with the graphical grunt from AMD to create an Intel Core processor with discrete Radeon graphical power ideal for gaming in a smaller package.

Previously, this would require an extra chip, and while that doesn’t exactly add a tremendous amount of weight, that was never the problem.

Rather, the issue is one connected with the size of the hardware, power use, and even extends to battery life, and this new generation of processor can be optimised accordingly for those areas.

Making this happen is a bridge that allows an eighth-generation Intel Core processor to talk to AMD’s hardware, improving on the 4K-friendly hardware of Intel’s chips to deliver a modern graphical experience made to work with high-speed dedicated graphics memory, GDDR5.

“Together we are offering gamers and content creators the opportunity to have a thinner-and-lighter PC capable of delivering discrete performance-tier graphics experiences in AAA games and content creation applications,” said Scott Herkelman, Vice President and General Manager at AMD’s Radeon Technologies Group.

“This new semi-custom GPU puts the performance and capabilities of Radeon graphics into the hands of an expanded set of enthusiasts who want the best visual experience possible,” he said.

This special hybrid hardware will likely make its way into thin laptops that have the capability to be very powerful, also offering the possibility of VR support thanks to that new graphical chip.

But you probably shouldn’t expect it until sometime next year, and our guess would be an announcement sometime in January, making CES the perfect place to see computers with this new technology. 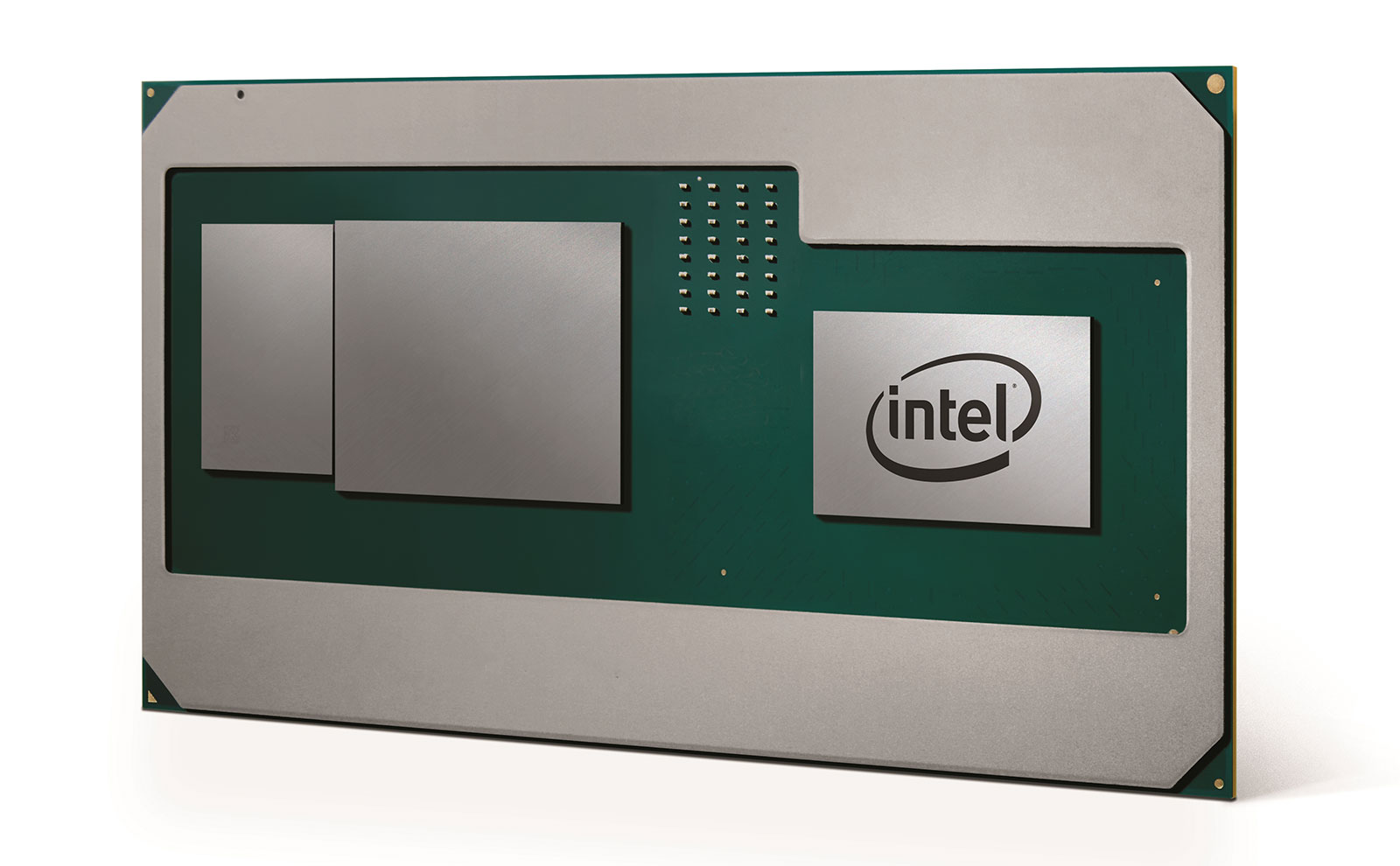