Spotify makes a place for gamers and their soundtracks

Thanks to some excellent storytelling, direction, and amazing production values, games have progressed over the years to being something more than a few pixels vying for on-screen superiority.

These days, the graphics can rival real life, the hours you spend with the game can be long, and in general you feel like you’re getting a blockbuster movie that runs for a longer time delivered on a single disc or download.

The music is also another area that can transcend, and if you’ve ever played “Uncharted 4”, “Mass Effect 3”, or “Mirror’s Edge” and thought that the music was so good, you could just listen to it without the visuals appearing in front of your face, you’re probably not alone.

Video game music is more than just something to listen to as you play the game, with both big names from the film industry appearing alongside smaller less known names, many of whom are creating some excellent soundtracks that really set the mood.

Sometimes these tracks even linger on past when you’ve switched the console off and set the controller aside, forcing you to seek out and buy the soundtrack just to get that tune out of your head.

But in this day and age, we don’t always buy, and with music streaming the way many of us are consuming our sound, it makes sense for a streaming service to capitalise on this with games. 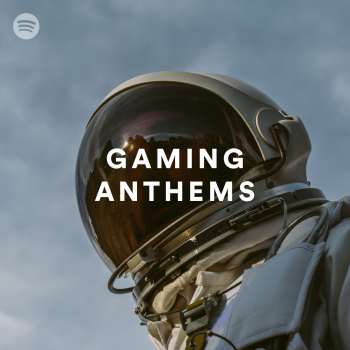 Spotify appears to have done that this week, pressing “start” on a gaming category across its network, a feature that will work across mobile, desktop, and Spotify’s app on the PlayStation 4.

The service now includes pages of titles and playlists — we counted a good 120 that we could see — including some of this writer’s favourites, such as “Mirror’s Edge”, “Transistor”, “Everybody’s Gone to the Rapture”, “Portal 2”, the “Mass Effect” series, the “Halo” series, and Frank Klepacki’s classic “Command & Conquer”.

Proving itself to be a little more than just a soundtrack catalogue — because if Spotify has these soundtracks, there’s a good chance the other music services do, too — Spotify is also bringing curated sets of music based on gaming to its network, with music playlists based on older retro gaming as well as playlists from E-Sports commentator Day[9] and YouTube video team Sneaky Zebra.

Even if those playlists don’t grab you, the knowledge that you can turn to a streaming service to listen to great video game music should be something.

Hey, we didn’t even know a few of our favourites were available as separate soundtracks. At least we can put our wallets away (at least until there’s a vinyl release).