What to do on your day off

Whatever you call your day off, if you have one, today is that odd space of time in the middle of the week where you can laze about, sleep in, and just enjoy life.

And if you have a bit of technology, you can enjoy that, too.

Get your game on

There’s a game console with your name on it today, because it’s your day off.

You know what we’re talking about: the Xbox or the PlayStation, or even that Nintendo console your wife made you pack up because it wasn’t used at all in years.

Guess what? It’s time to unpack it and get your game on, for even an hour or two. It’s your day off (provided your wife approves, of course).

No gaming console? No new game? No worries.

We’re lucky to have so many streaming services available to us that even if you don’t have a game to play, there’s plenty to watch on TV, even if that “TV” happens to be your computer, tablet, or phone.

You have a good assortment of paid choices available to you, including the likes of Netflix, Stan, and Amazon, not to mention the free solutions offered by ABC iView, SBS’ catch-up service, and even the Freeview app which lets you tune into live TV without an aerial connection, handy since most smart devices don’t include a DVB-T tuner inside.

Fire up the BBQ

Somewhere between #DemocracySausage and just wanting to make some lunch, there’s nothing quite like grabbing some meat, some briskets, and firing up the BBQ, because it gives you the chance to have a day off by making some food while you’re spending the day outside.

If it’s raining where you are, transfer that BBQ to a skillet or pan inside and prepare something that won’t be drowned by the outside weather, but if it’s sunny, partly, or even full-on overcast, your day off might be an ideal time to grab the tongs, a fresh slab or two of meat and veg, and just get stuck into a nice outdoor cooking session.

If you are heading outside, remember to take some tunes with you, something your smartphone, tablet, and maybe a Bluetooth speaker can help accomodate with.

Struggling to make a decision on what to play?

Again, no worries, because whether you logon to one of the many streaming services, you’ll likely find some stations and playlists to listen to, with each offering suggestions on what makes a good listen that day.

Whether you’ve paid for Apple Music, Google Play, Spotify, or Tidal, or if you happen to prefer the freebie ad-supported choice of Pandora or Spotify, there is plenty to tune into, and that’s before we even look at digital radio and the amount of online streaming radio you can find, including what’s playing on your national broadcaster.

Remember, there are loads upon loads of podcasts and audio serials to get a listen in on, and while we doubt a podcast by the pool is likely to make people think you’re a cool guy (or girl), just arriving with the loud sounds could be enough to get you in the good books with anyone that has forgotten the pivotal part: sound.

Your phone or tablet could well be loud enough to get that audio out, but if you have a wireless speaker, even better.

And if your wireless speaker happens to be water-resistant, even better, because music that can survive a splash or two means there’ll literally be no worries if something accidental does happen.

Depending on the weather, it can be a great time to take out that expensive camera you bought yourself at one point and explore the world.

Grab your camera and find a part of your town you’ve never been to, grabbing some breakfast or lunch along the way, and maybe a friend or two.

Venturing out into the world with a camera is a great way to discover what’s around you, and if you’re struggling for an idea to do with the sun shining, your camera is sitting there lonely, waiting for a friend to take it for a spin.

More than anything, enjoy your day off, and if it’s a day that you get to share with friends and families, enjoy it with them, too.

It doesn’t matter where you’re from, because we all like to hang out with the people we love, so if you’re struggling to find something to do, know there’s someone just a phone call, just an SMS, just a tweet or Facebook status update away, or even a Happn, a Tinder, or some other app-verb away that’s good to hang out with.

Seriously, have a day off. You deserve it. 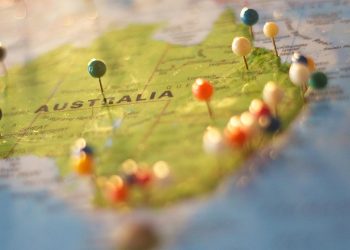 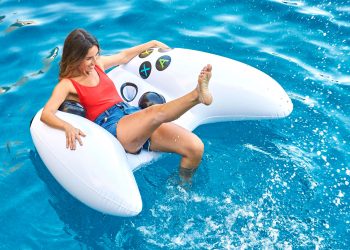 Microsoft pumps up with an inflatable way to make Australia Day