This week on The Wrap, we’ll tell you WTF went wrong with Facebook, what’s happening with Windows, and whether the new 2021 iPad Mini is worthy of your wallet. All that and more in five.

It’s the week ending October 8, and you’re listening to The Wrap, Australia’s fastest technology roundup, and as we gradually make our way towards escaping the box that is total lockdown, and vaccination rates go higher — and seriously, if you haven’t been inspired to go get one yet, do it and move on with the rest of the country — we find ourselves faced with just a sheer abundance of tech coming our way, and probably yours, too.

But first, the big news of the week, with Facebook going down on Tuesday morning. By the time you hear this, Facebook will be back up, unless something disastrous happens again, and frankly we’d be surprised if Facebook didn’t have a backup plan for this next time.

The issue, which was inside at Facebook and stopped computers from finding their way to where the company stored information, took down the social media giant for nearly six hours, killing not just its social media apps, but even stopping its staff from talking with each other to fix the problem. Six hours later, things were returning to normal, but not before wiping a lot of money off Facebook’s presence.

So that was a big deal this week, but it wasn’t alone.

This week also saw the launch of Windows 11, a pretty big deal, though if you heard crickets, don’t worry, we’re here to let you know it happened.

Yes, Windows 11 is official, and if you buy a new PC now, there’s a good chance that it’s coming with the new version of Windows out of the box. It’s still the same Windows you probably know all too well, except it has a centred start bar and a new look, and will eventually support Android apps, just not out of the box.

If you have an older computer, the good news is Windows 10 will still be supported for some time, though there’s also a possibility that you may not be able to upgrade your PC to Windows 11. While the upgrades will happen over time, you need fairly recent parts to make the move, and that may count out a lot of computers. Fortunately, there’s plenty of time for Windows 10, with its official end of life for updates not until 2025.

Before then, there will be plenty of computers out, and plenty of everything else, for that matter.

Almost like evidence of that, Google has new phones on the way, with the Pixel 6 range set for launch on October 20 in Australia, as older Pixel stock dries up. As it is, you can’t find the either Pixel 4a or Pixel 5 models anymore, having seemingly disappeared from the store, suggesting that Google’s launches could include both models in the high-end, plus maybe a new mid-range phone to replace last year’s excellent Pixel 4a.

Google isn’t alone in releases, though.

Kobo had two new models talked up this week, giving digital readers who aren’t a fan of Amazon’s Kindle something to look forward to. At a little less than $300, there’s the Libra 2, which is a water resistant eBook reader with a controllable light, and then there’s the nearly $500 Sage, which is the same kind of thing, but it supports a stylus to let you take notes in the books you read. If you’ve ever scribbled or jotted down notes in a book, you know that this is useful, and that’s what the Kobo Sage is built for.

Canon also has a special camera lens along the way, with a nearly four grand dual-lens for capturing VR movies, Logitech has colourful new keyboards, and Nokia has a 10 inch tablet with a smidge of water resistance coming in the $350 T20.

But it’s not the only tablet that grabbed our attention this week, because we’re reviewing the iPad Mini, Apple’s compact tablet.

And these days, in a world where big phones are in, the compact tablet can feel a little out of its depth. Everyone has big phones, with small phones just that much harder to find.

The iPad Mini is different again. Adopting a new look more like the iPad Air and iPad Pro, it’s an 8.3 inch tablet with slim bezels and that new flat-edged design, not to mention a chip similar to what’s in the iPhone 13.

It’s a combination of parts that results in a fast and highly portable tablet, complete with Apple Pencil support, and makes it an easy carry when you want a little more screen to take with you to go, if not for the price.

At $749, the 2021 iPad Mini isn’t an easy argument, and really focuses on people looking for a great tiny tablet, but aren’t eager to quibble on price. To put it in context, the 10.2 inch iPad is a little bigger, uses an older processor, and yet costs $250 less, starting at $499 in Australia.

For many, that might sway the argument back to the bigger tablet, which may not be as fast, but vies for the value logic very much the better.

There are other things we wish the iPad Mini had, such as water resistance, with a little on Nokia’s cheap tablet, but none on Apple’s more expensive one.

Beyond that, it’s a lovely little device and great for taking a nice and biggish display in the size of a small one. Alternatively, there’s always a big phone, because there’s no shortage of those.

For now, you’ve been listening to The Wrap, Australia’s fastest technology roundup. A new episode can be found every week at Listnr, Spotify, and Apple Podcasts. Otherwise, have a great week, and we’ll see you next time on The Wrap. Stay safe, stay sane, and take care. 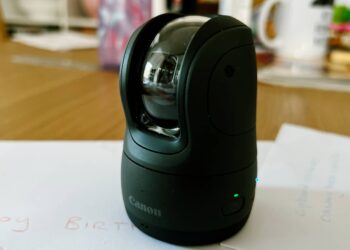