A new wallet-friendly Google Pixel, Sony’s anticipated noise cancelling headphones, and what did Samsung launch this week? It’s a big show in a small time, all in five minutes.

It’s the beginning of August 2020 and you’re tuned into The Wrap, and what a week it has been. We hinted that it might be that way last week, and so much happened, so let’s not waste a moment and get stuck right in, starting with Google.

You know Google, right? The company with the world’s biggest search engine? Arguably the world’s most used mobile operating system? The creator of Google Earth, Google Street View, Google Maps, which have all changed the way we explore maps overall? Oh, and Gmail?

Google has a new phone out, starting the week off with the launch of the anticipated Pixel 4a, the latest attempt on the mid-range, with a phone sporting a single camera under a 5.8 inch OLED screen, and proper Google Android, no ifs, ands, or buts. Like the Pixel 3a before it — one of last year’s best phones hands-down — the Pixel 4a is a proper Pixel with official Android, offering just enough phone for the price.

There’s fast 4G internet, solid mid-range performance, 128GB of storage, and the same main camera from the Pixel 4 last year, but for a price that’s about half. At $599, the Pixel 4a reads like a solid value, though you won’t get wireless charging or water resistance, a small price to pay.

If you want either of those things, you might want to turn to one of the other major phones announced this week.

The first was from Huawei, the P40 Pro Plus. It’s largely a variation on a theme, upgrading the 6.58 inch 5G phone from earlier in the year with more storage and new cameras, giving it five to work with on the back. Despite these upgrades, it still has no official Google support, so you’re largely on your own. You may be able to install Facebook and Spotify by using other app stores, but apps that require Google services like Uber, well for that you might be on your own and will go without.

At a little over $2K, the P40 Pro Plus isn’t going to be the choice of many, but it’s not the only big and shiny phone out in the world this week.

Samsung also ran a little launch this week, announcing the Galaxy Note 20 and Note 20 Ultra, variations on a theme again that borrow the sizes and some of the specs of Samsung’s Galaxy S20 phones from earlier in the year, but including a pen to let you jot things down.

The Galaxy Note range is one of Samsung’s more interesting phones, and has been since it launched back in 2011. The range is almost ten years old, and in that time, it has grown from being just a big phone with a stylus to a proper replacement for note taking, now including gestures in the pen with a fast refresh rate meant to feel like writing on paper.

It’s still a screen, but with 6.7 and 6.9 inch options, it’s a big screen with a pen for your pocket and bag that also happens to be your phone, and it includes pretty much all the fix-ins. Whether you look at the Note 20 or Note 20 Ultra, expect a fast chip, plenty of storage, water resistant, wireless charging, and more. 5G is even on the cards for some.

Samsung also has a new foldable phone on the way, the Galaxy Z Fold 2, plus a couple of tablets, a new smartwatch, and even a pair of unusual bean-inspired earbuds, the Galaxy Buds Live, which might be one of the more unique pairs of earphones we’ve ever seen. At least it’s not an AirPods clone.

And Samsung’s earphones aren’t alone, either.

Sony used this week to announce its anticipated WH-1000XM4 headphones, an update to what are arguably the world’s best noise cancelling headphones, which this year look very much the same, but include some new features and marginally better noise cancelling technology.

We’ve been playing with them for a few days, and after enough time on ears with them, we can tell you the 1000XM4 are easily one of our favourite pairs of headphones. The sound is warm, rich, and detailed, the wireless is strong, and there are a few other features we’re really into. You can connect a couple of gadgets to the headphones — a first for Sony — and you can even speak to get the headphones to pause for a beat, letting you hear yourself as you do. It’s a little annoying if you like to sing to yourself, but fortunately you can turn it off.

Outside of the extra features, the sound is spot on and just as good as ever, if not better. We think the bass might have a little more snap to it, and the 1000XM4 are a really enjoyable pair of headphones. A great way to re-listen to your favourite tracks, plus sample a few new ones, too.

At $550, they may seem a little on the exy side, but we think they’re absolutely excellent, with the best really getting better.

That’s been the vibe in computers, too, with Apple joining in on that, too, upgrading the 27 inch iMac so that it’s a little better with faster chips and more storage, while a recent HP we tested, the Spectre x360, offered impressive performance and value, too.

You can find more about both of those at the website, at thewrap.com.au, but for now, we’ve hit time.

So you’ve been listening to The Wrap, Australia’s fastest technology roundup. You can hear a new episode of The Wrap every Friday at Podcast One, Spotify, and Apple Podcasts, with more technology in five set to return next week. Until then, have a great one, and we’ll see you next time. Stay safe, stay sane, and take care. 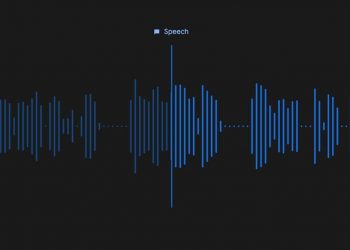 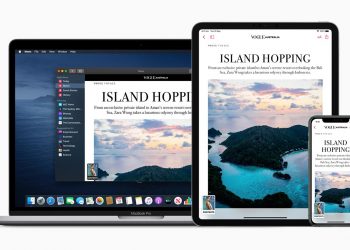 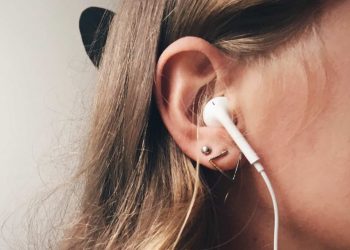 Three tips for keeping your ears happy with earphones