The Wrap – The truth about water resistance in phones

Many phones are now waterproof, but what does that even mean? We’ll look at what “waterproof” means for your phone, and check out what’s new in the world of Sonos, Samsung, and review the Beats Powerbeats Pro. All in five.

It’s the first week of July and you’re listening to The Wrap, Australia’s fastest technology roundup, and some weeks, more than others, the news really makes a splash.

This week news is making a splash for a different reason, as Samsung looks to be heading to court to defend its phone advertising from the Australian Competition and Consumer Commission, the ACCC.

The ACCC has alleged that advertising showing Samsung phones over the past few years in situations like the pool and the beach have been less than truthful, because IP water ratings don’t really test for those environments.

Samsung is defending its ads, and no doubt this will turn into a court case, but it brings to light the question about water resistance and gadgets. Most people don’t really understand water resistance in technology, but it’s a conversation that needs to happen, because it doesn’t just affect Samsung, it affects most smartphone makers.

Everyone has a water resistant phone or two. Every iPhone from the iPhone 7 onwards is water resistant. A couple of Google Pixels. Obviously the Samsungs. Quite a few Huaweis, some Motorola, the recent LGs, and plenty of others. And yet no one really talks about water resistance.

So let’s have that conversation. Let’s talk water resistance, because it matters.

If you have a water resistant phone, there’s a good chance you’ve seen the term IP-something on the website and marketing material. “IP” stands for “Ingress Protection”, and it’s the rating that means if water or dust can come in. Each other numbers after it tells you where the device matches on a guide. So with the IP68 rating on the iPhone XS and XS Max, it’s rated the maximum on dust protection — a six — and up to three metres for 30 minutes on water — that’s an eight.

But here’s the rub: IP ratings only test freshwater, which means the stuff that comes out of a tap.

So those phones that might infer pool or beach resistance are definitely water resistance, but the rating is only valid for tap water.

Why does this matter?

Well the tests are performed in clean water, and clean water lacks the sort of impurities that are likely to break phones down over time. Water from a pool or the sea are still water, but they have other chemicals and minerals that can break down the phones over time.

That doesn’t mean you can’t take your waterproof phone poolside or to the beach, but it does mean that if you do, you might want to wash it off under the tap once you’re done. Wash it off and you’ll likely get rid of those impurities the IP rating doesn’t test for, which means less chance of your phone breaking down.

As for Samsung and the ACCC, that will be a matter left to the courts. It’s possible that Samsung might be fined for this, as a judge could rule the advertising as misleading.

However that’s not the only thing Samsung will be thinking about. This week, it announced that it will show off the Galaxy Note in August, which is next month. That’s August 7 in the US, and August 8 in Australia, and while there’s no word on just how many variants there will be, given we had four Galaxy S10 models, expect something similar for the Note, with release in the weeks after.

Phones are getting really competitive, too. You can look forward to the new iPhones in September and Google Pixel in October, and it’s even possible by then Huawei and Google will have made up, once the US government allows them to resume that working friendship.

It’s not the only relationship Google has been working on lately. In fact, if you own a Sonos speaker system, you might just have Google Assistant support this week, as well.

You’ll need a Sonos One or Sonos Beam if you want Google on your Sonos, but if you do, you can have both the Google and Amazon Alexa assistants working alongside each other now. Because it’s nice to have platforms play nicely with each other. It really is.

And to finish the show, we’re talking earphones, because we love them. This week, we love one more pair than we did before it, as Beats unleashes the PowerBeats Pro, a cordless and wireless pair of Beats earphones that offers an open-ear experience for anyone that wants them.

And we mean anyone. You might think the Apple-owned Beats is going to perform better on an iPhone, but it handles Android nicely, too.

The sound is clear, deep, and while the mids can feel a little lacking, the fact that you can hear the world around you intentionally might just make up for it. They’re a great pair for running, complete with controls that work on either side.

The best part of the Beats Powerbeats Pro might just be the battery, because they last nine hours between charges. That is absolutely crazy, and might just be a new benchmark.

At $350, they’re not cheap, but we rate them, and if you’re after a pair to go running with, you might want to check them out.

And that’s all we have time for this week on The Wrap, Australia’s fastest technology roundup. The Wrap goes online every Friday at Podcast One and Apple Podcasts, and will be back next week for more tech in five. Until then, we’re wishing you a great week, my daughter a happy birthday — happy second birthday beautiful — and we’ll see you next time on The Wrap. Take care. 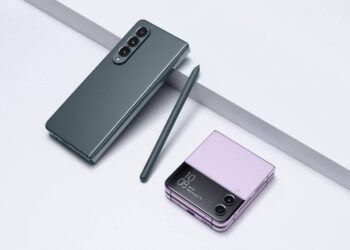 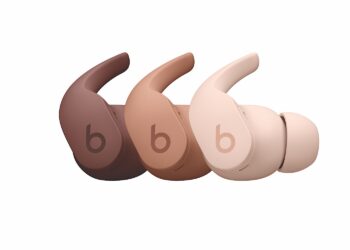