Oppo has already established itself as a smartphone leader, but with its latest research, it may gain a foothold for some of the world’s best small cameras, too.

It’s undeniable: much of the focus in what people look for in a phone these days boils down to how strong that camera is. That is clearly where a lot of the attention goes, and there’s little explanation needed as to why.

We all love our phone cameras, and they help us take more pictures than ever.

Back in the day, you might have needed to turn to a camera and a physical roll of film, maxing out at 24 or 36 shots before it gave out, but today, you have a seemingly endless supply of exposures in your hands. You still might want to run it through some filters if you plan on making those shots look properly classic, but the technology is pocketable and very, very user friendly, thanks to our phones.

Our phones are largely where most of us are taking photos, and unsurprisingly, that’s where a lot of the developments are, so when companies announce new high-end mobiles, you can bet there will be camera changes.

Oppo has a few of those announcements this week, previewing what we can expect from its cameras, even if its doesn’t have any new phones to throw them into as of yet. 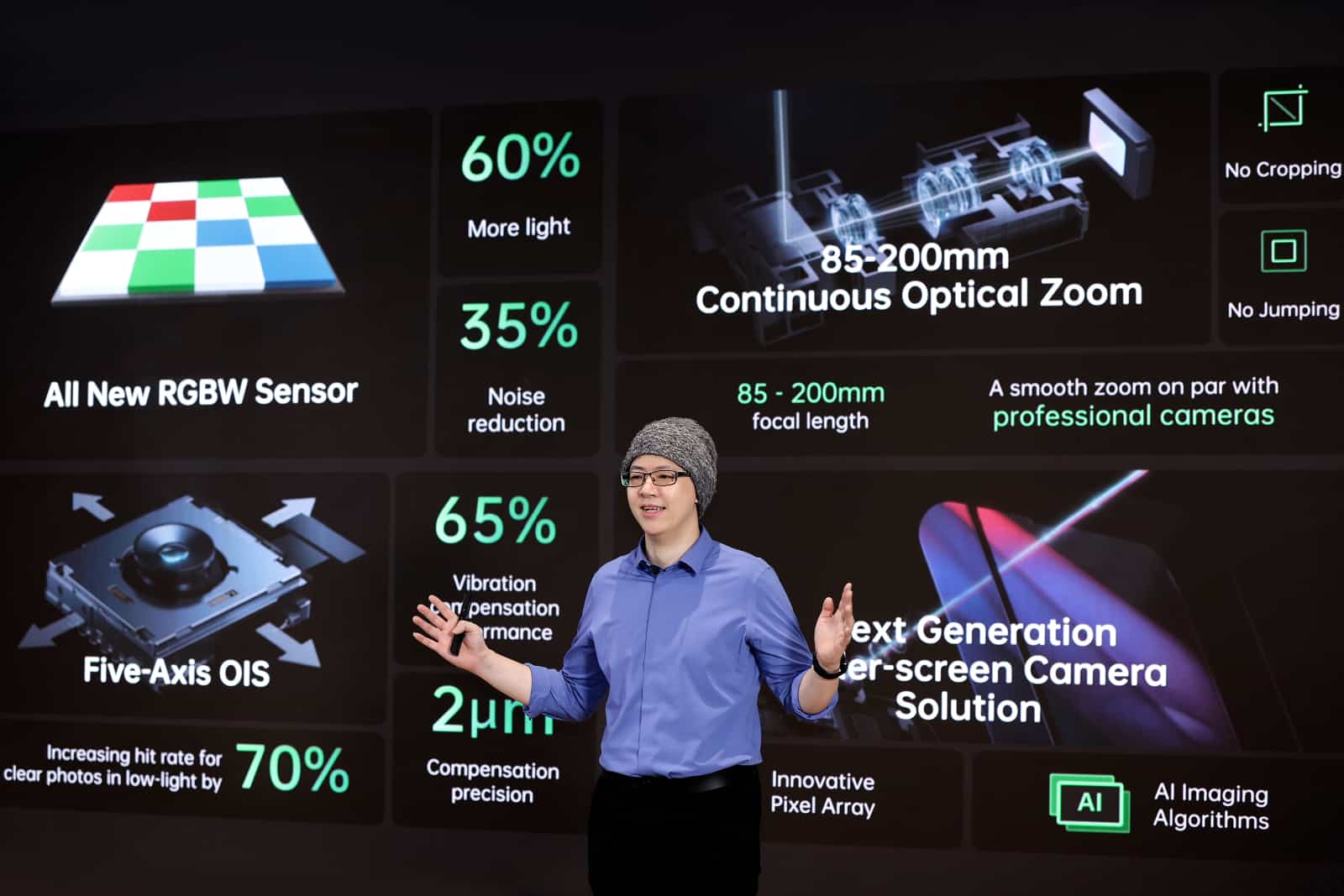 It’s coming at Oppo’s Future Imaging Technology event, which it’s using to show off the under-screen camera technology it talked up recently, as well as some other technologies that could make their way to an Oppo phone in the very neat future.

First there’s a sensor that uses a design known as “RGBW” and specifically captures the letters representing light made up from that initialism: red, green, blue, and white. Oppo’s RGBW sensor uses white sub-pixels interlaced with that standard red, green, and blue assortment to capture what the company says is 60 percent more light than previous sensors, while using a proprietary algorithm to improve colour performance.

Next up is a form of image stabilisation technology, which use a five-axis optical image stabilisation system to track data from a gyroscope on the phone for movement, and then use tiny motors to move the sensor and lens into place, holding it all still.

In short, the sensor can move in every axis, and even rotate, aligning the parts of the camera to each other to cut back on vibration and hold everything steady.

And there’s even a method of zooming in development at Oppo, using a special motor system that connects a glass and plastic lens array to let a photographer move from 85mm to 200mm inside a very small space in the phone.

If it works, it mean Oppo will have effectively developed a super tiny telephoto lens that works inside of a phone, and one that could bypass the typical cropping phone cameras do.

All three technologies appear to be new approaches for mobile cameras, though there’s no firm date as to when any of these will be out in a phone.

That said, Oppo has hinted at some dates, with the new sensor in phones from the end of this year, while the image stabilisation in phones set for release some time next year. And as for that long reach lens, there’s no date on that yet, but we’ll let you know if and when that changes.