In Australia, an iPad for every child encouraged learning

The coronavirus made life difficult for everyone, but it was a totally different thing for schools. One in Sydney’s southwest tried something and made the little learners into little legends.

Keeping kids engaged in school isn’t always easy at the best of times, but you can probably imagine how much worse it was during COVID. As everyone was dealing with the stress, teachers were dealing with attempting to keep students engaged, much of it in a remote way.

If you were lucky enough to have a teacher that worked out how to do it, congratulations, but not all would have managed to make a compelling class. Thanks, coronavirus.

However some schools appeared to try something else, with one in the southwest of Sydney turning to the iPad, giving one to every student to make learning a little easier and more interesting overall.

It’s a story that comes from St Therese Catholic Primary School, which has 73 percent of its students from non-English speaking backgrounds, and all stuck under the same problem of trying to find a way to make teaching compelling in a remote capacity. That would be hard enough in one language, though things are a little easier in person. But when things go remote, the school turned to an app system and a program to allow the students to be more creative, giving the little learners a chance to engage.

“All of our students have the right and the capacity to learn, no matter what challenges they may be facing,” said Michelle McKinnon, Principal of St Therese Catholic Primary School.

“iPad doesn’t just allow our students to think outside of the box — they can redesign the box on their own terms,” she said. “It gives our students the freedom to explore and express their ideas in the way that makes the best sense to them. That could be in writing, as an audio report, via a video presentation, or even an animation that they create themselves.” 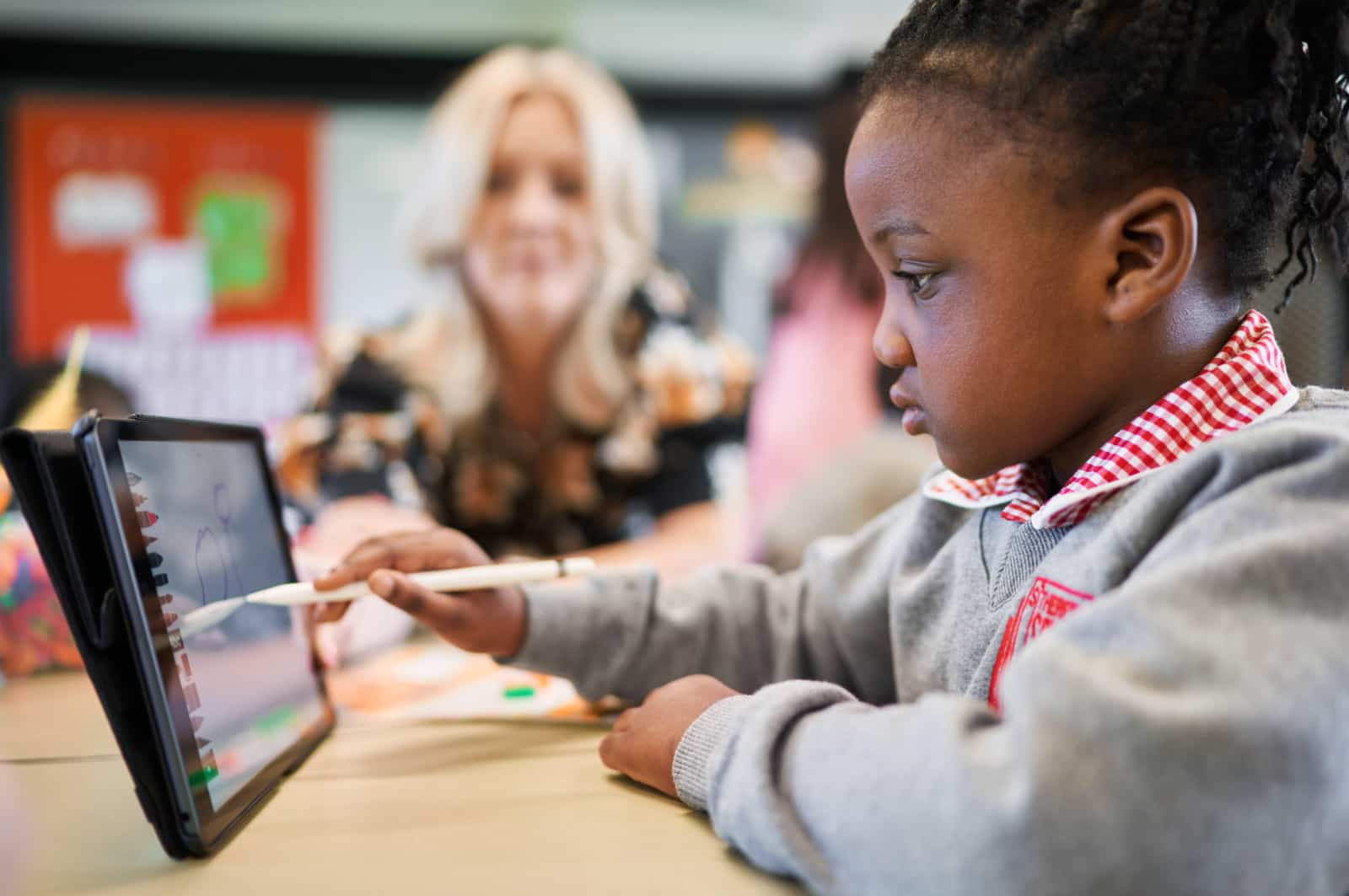 At St Therese, McKinnon had students using the Seesaw app to create digital schoolwork portfolios, sharing them with the teachers in a self-directed learning program, using research topics while they studied at home. While Seesaw was the app for sharing, the primary school students used more or less the full array of what an iPad can be used for, stretching across writing, movie production, text-to-speech, and stop motion animation with the camera on the iPad, creating their own projects for sharing with teachers.

The app experience for students goes a little deeper than that for some students, with some who handled later school starts a little easier. Not every student is going to naturally connect with standard school hours of 9am to 3pm, and so when teachers recorded their lessons, students could still connect and do those lessons in their own time. It meant they could start at a later time in the day, rather than the traditionally early start every school is known for, and not get penalised for it.

“Every child is different, so why should every classroom or lesson be the same?” said McKinnon.

“iPad allows us to personalise where and when learning happens, blending in-person and virtual lessons that empower each student to decide how they can best demonstrate their learning.” 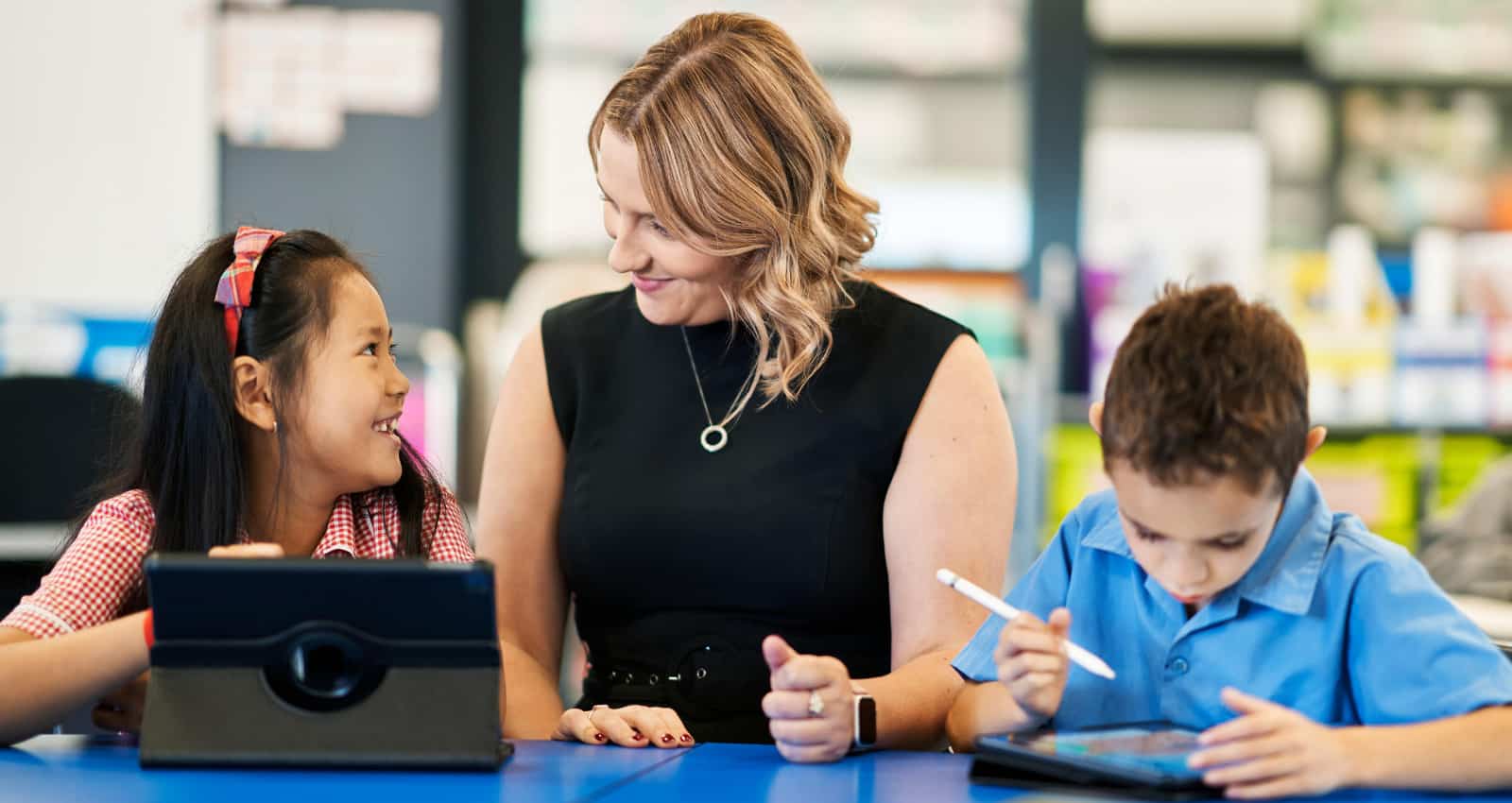 While remote learning has now become back to an in-person experience in Australia, St Therese has now extended the use of an iPad to its kindergarten kids, creating an interactive book welcoming the kids to the school with photos, videos, and even augmented reality.

And while giving an iPad to every student is an approach that sounds like the sort of thing only a private school such as St Therese would be able to do, it’s not only limited to private schools.

Nowra Public School last year supported an iPad program creating a digital book for students to learn from, with every student from kindergarten to year six having the resource on their device. Meanwhile, three years ago in 2018, Mount Ousley Public School won the award for NSW’s best use of technology at school buy embracing technology across the tech spectrum to allow students to use what they needed, whether it was an iPad, a MacBook, filming with a blue screen, drones, or coding.

They’re examples of what can happen when educators embrace the digital sector and experiment with how an iPad can be used with kids, thanks in part to the technology inside and how you use them. With a keyboard able to be attached to every iPad barring the Mini, and a pen able to be used on every single iPad including the iPad Mini, it’s a device that essentially allows students to experience the gamut of things they might need to do in school on the one device.

However while the experiences here come from engaging with an iPad, they’re approaches that could possibly come from experimenting with education across any device in the digital spectrum, and allowing the students and teachers to think out of the box beyond just another simple video lesson. 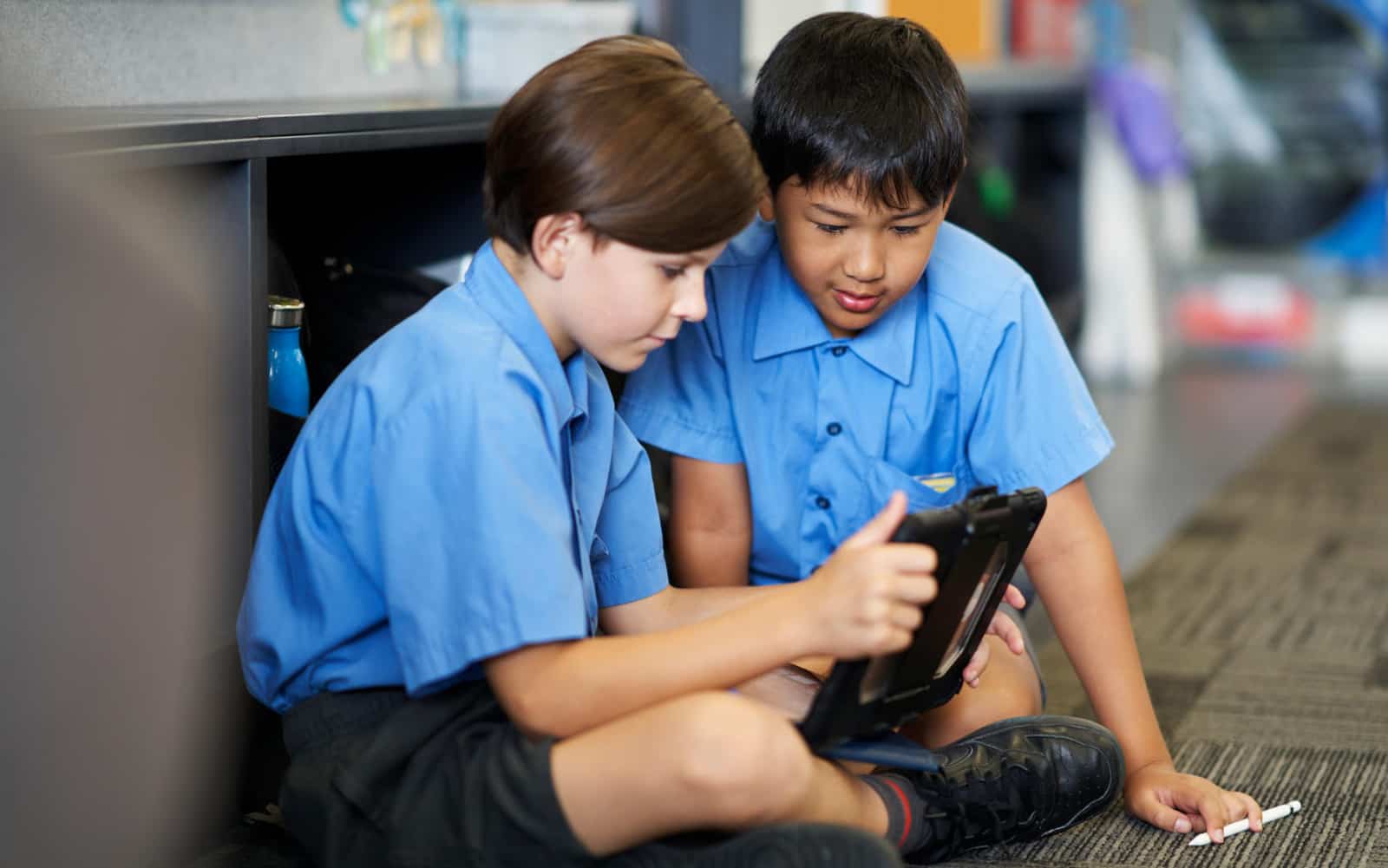