Knight Rider in a helmet: how Australians are changing riding

Donning a helmet and taking on the road is on the path of change, and Australia’s Forcite might be in pole position to make it something locals lead in.

It wasn’t always a helmet for motorcyclists, its creator admits. Glance at what’s being called the “Forcite MK1”, and you’ll see a helmet geared for motorbike riders that has gone on its own journey. It has seen development for the police and for snowboarding, before resting on a consumer-focused motorcycle helmet, which is where it’s positioned now.

And it might be in pole position to lead a category known as “smart helmets”, an area that aims to deliver protection during riding, as well as something extra: empowerment.

You can’t typically say that about most motorcycle helmets, which mostly exist to keep your head firmly attached to your body. Protection is first and foremost, and a clear critical reason to exist, but much like how cars can receive updates about the environment they drive through to keep their drivers aware of traffic and speed limits, the ability for motorcyclist to receive this information can lead to heightened awareness and improved safety.

“There’s so much happening on the road,” said Alfred Boyadgis, Co-Founder and CEO of Forcite Helmets, an Australian startup, whose idea was previously a James Dyson Award winner and came about after a motorcycle accident.

“Your brain will block out on parts, so if there’s something happening around you, your focus area will change, so you may miss an alert,” he told Pickr this week, pointing to the idea of helmets that communicate solely audio alerts, of which there are numerous models out there.

Helmets dealing in audio aren’t new, with these models typically being a form of protection with a Bluetooth headset inside. Connect it to an app like Waze, and you have an audio alert system, but it may not be enough, and it’s where Forcite aims to do more.

“The key feature that sets it apart [from other helmets] is a special light display that can tell you future alerts through the app,” said Boyadgis, with this acting as a form of a heads-up display for riders. Rather than deliver information in yet an obvious worded way to impact what you’re seeing and divert your awareness, Forcite will show colours based on what’s happening, with you memorising a legend of colours and blinking lights to know what’s going on around the world.

Think of it as something that will become muscle memory when you’ve experienced it, memorising what the colours mean and how they relate to what’s happening on the road: weather changes, police, turns, and so on. A battery inside the helmet will keep the connection going for as much as eight hours of riding, talking to your phone and providing what is akin to a dashboard of information from your eyes in a minimalist way.

It’s a little like Iron Man, but in real life. Though much like Tony Stark’s development of the Iron Man suits, it has seen numerous iterations.

“There were a lot of failures,” he said, noting the number of 3D printed helmets in his garage, which are iterations he brands as failures.

“We essentially built all the competing products you would see,” said Boyadgis. “We built heads up displays, integrated cameras, and a whole bunch of ways to integrate the technology.”

The result is more akin to something in the eighties, but that still has relevance today.

“It’s Knight Rider in a helmet,” he said to Pickr this week, and it’s all too easy to see why. Sporting the speckled carbon-fibre print, the Forcite MK1 sure looks like a helmet from the outside, but on the inside features differences that easily set it apart. 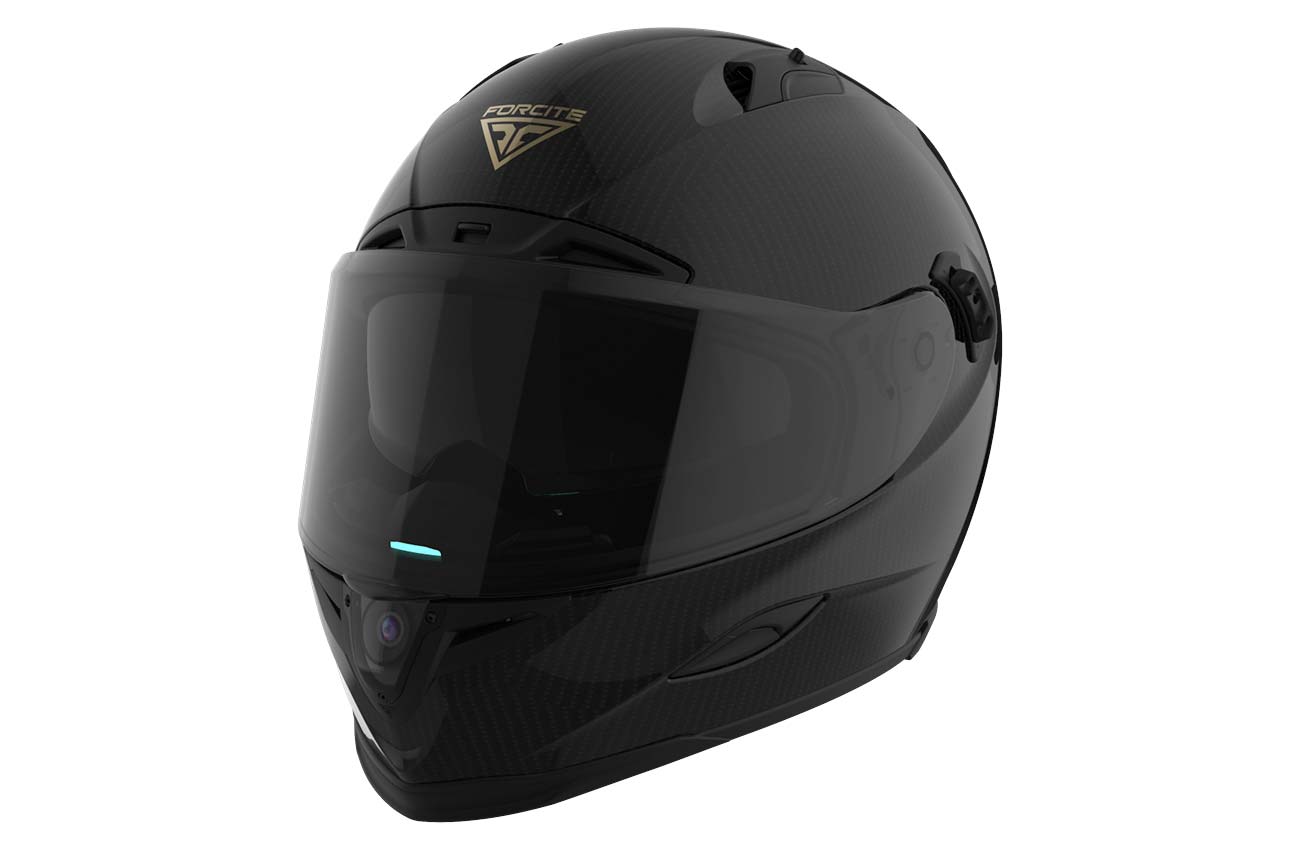 There’s a Sony Full HD camera integrated in the design below the mouth that can record up to 2.5 hours of continuous footage using that typically eight-hour battery, but can handle more if the helmet stays plugged into either the bike or a power bank, provided you have a big enough memory card.

Like other smart helmets, there’s a set of thin speakers and a microphone built in, allowing you to stay connected to a phone and make and take calls, but also listen to music as you ride.

And then there’s the raison d’être that really makes the MK1 stand out: that thing of empowerment, that small LED display in the visor the company calls “RAYDAR”, a patented system that delivers information about the world using little nods to colours.

In the Forcite world, a green blink in a visor means you’re coming up to a left or right turn, and this will wind down to which side your next turn is at. An orange blinking light is a caution, while a flashing blue and light tells you the police are ahead. A flashing blue light tells you the weather is changing. It’s not quite a bike that can sense fear, but it is one that may prevent accidents and provide awareness in a subtle way.

Forcite’s RAYDAR a notification system that happens inside the helmet, communicating with the company’s servers, which in turn talk to GPS, cameras, and other applications to provide a rider’s processing for them, because they’re busy doing something else: keeping their eyes on the road. 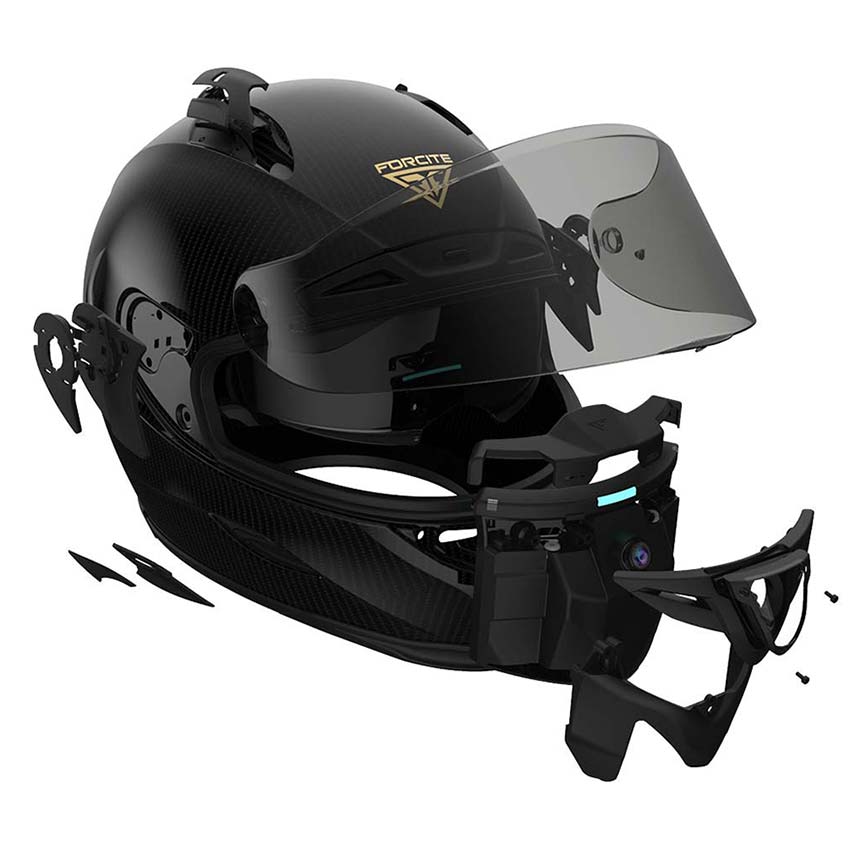 Controlling the MK1 helmet happens on either the handlebar or the tank, and means riders can control it while still using their bike. Again, keeping the rider in control with unnecessary distractions.

Granted, it’s a helmet that comes with a price: at $1299, though, it’s one riders may be comfortable with, as the Forcite MK1 offers more than a standard form of protection.

“If you look at carbon fibre helmets, we’re not making a new price bracket,” he said, noting the MK1 sits in a premium price bracket.

“You can pay a thousand dollars for a carbon fibre helmet, and it’ll do nothing different.”

By comparison, the MK1 could deliver a greater feeling of awareness, and it’s not the only stop on the Forcite journey. While its creator points to Knight Rider as to where the technology sits now, he circles back to Tony Stark as to where the concept could be going. 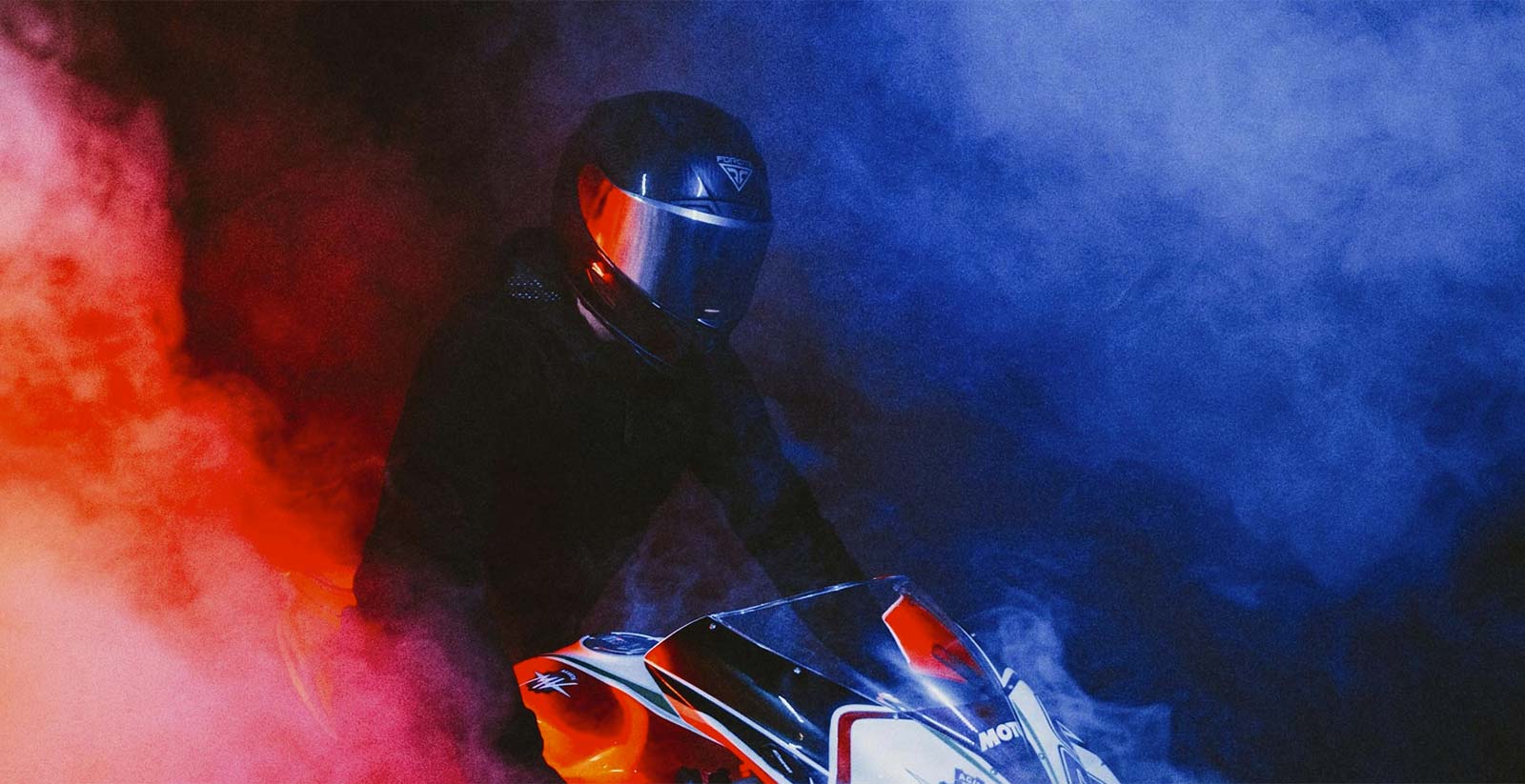 “I think everyone wants to become Iron Man, [but] right now, the technology’s not there,” say Boyadgis.

“We’re not a helmet company,” he said. “We’re a tech company. You could see the Forcite system in a whole different range of helmets in the near future.”

Whether that means everyone will be driving around with Australian technology in their helmets is anyone’s guess, but it’s a start, and on a road that’s just beginning to open up.

Forcite’s MK1 helmet is set to be available later this year for $1299. 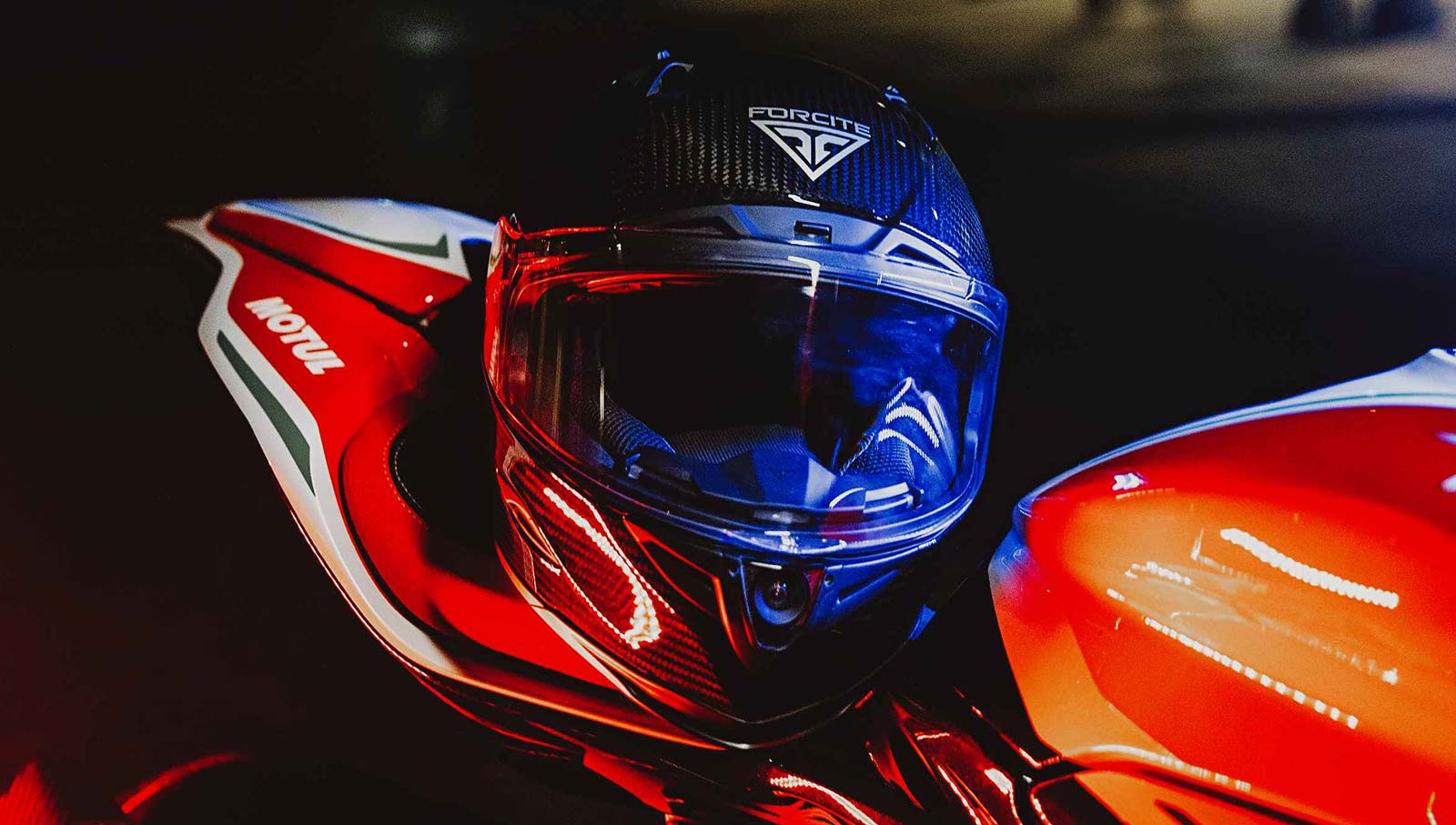 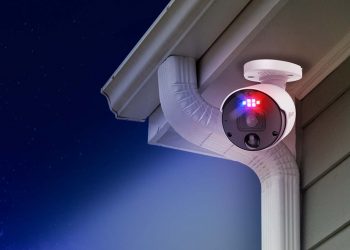 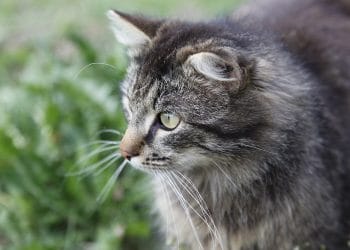 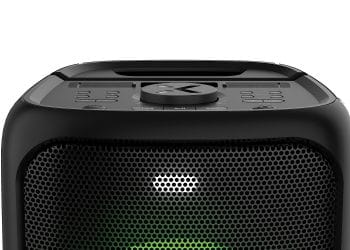