Musicians, producers, and even podcasters are getting a few more tools to work with as Logic Pro X gets a pretty hefty update this week.

I’ve been editing audio for almost 15 years, and the other day I remarked to someone that I don’t know why it had taken me so long to try Apple’s Logic Pro X software. Up until March, Pickr’s award-winning “The Wrap” podcast had been edited in Adobe’s very excellent Audition audio editing software, which itself was based on the also very excellent Cool Edit Pro, but recently I decided to try and make the switch. I wanted to see if Logic Pro X was all it was cut up to be.

After all, it’s used by a lot of producers in the music industry, thanks in part to the sheer number of tools available inside. While Logic Pro X is primarily built for musicians and music producers, its tools can be used both for music generation and audio editing. Granted, you have to use a Mac to use Logic Pro X, while Adobe Audition is a little more platform agnostic, giving you both Mac and PC to choose from, but once you get over that hill, it’s just a learning curve, and one with no paid subscription model.

Almost two months since choosing to try Logic Pro X, I can tell you the podcast feels like it’s running more smoothly and is easier to edit, thanks in part to some of the tools inside Logic, such as the automatic waveform matching, which picks up on what the sound is doing and helps you clip and edit those files more quickly. It might sound minor, but in the grand scheme, it helps this producer’s editing process very much indeed. 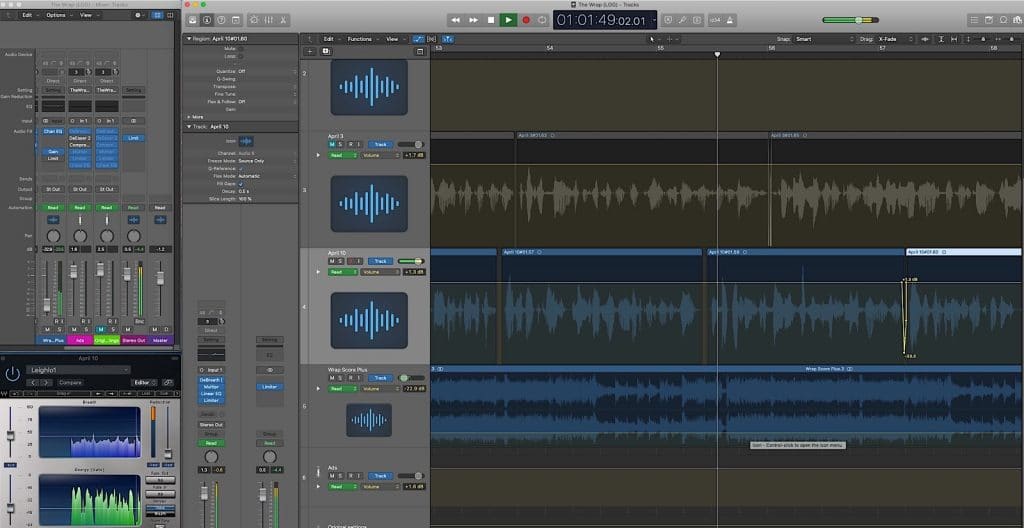 This week, however, Apple is making the Logic Pro X experience a little better for all involved, throwing in tools that not only help musicians making music, but those who perhaps rely on an iPhone or an iPad as a form of an instrument.

It’s an update Apple is calling Logic’s biggest since it was released in 2013, bringing Logic Pro X to version 10.5, and brings in a looping system similar to GarageBand on the iPad, with a way to organise loops and samples in production, called LiveLoops. Your samples and loops can be changed in real time with electronic effects, and you can even employ an iPhone or iPad to remix those sounds using the Logic Remote app available for either.

One of the big changes is the introduction of some beat creation tools, with electronic music makers being looked at here. Logic Pro X 10.5 adds the “Step Sequencer” (below) editor to its options, making it possible to craft melodies, bass lines, and drum beats using patterns, painting the parts into the editor, while the drum system inside Logic has been improved to support new drum sounds, too. 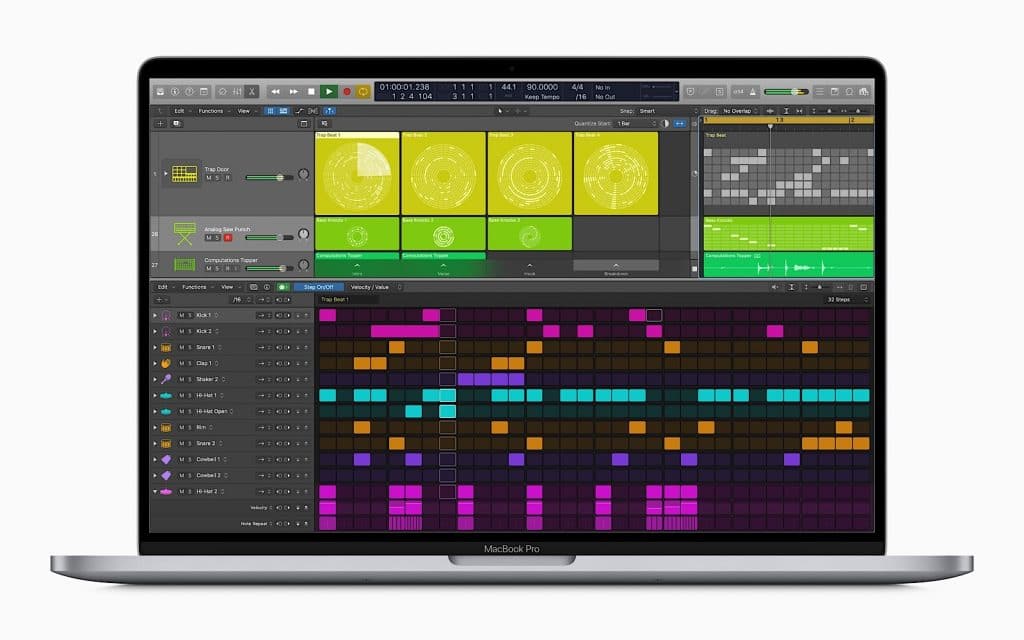 Apple has also improved a sampler, a complex feature built more for producers to make instruments sound different, though also includes a “Quick Sampler” in this release so that anyone using Logic Pro X can turn their Voice Memos from an iPhone into an instrument of sorts, trimming and looping it, or even playing it like a keyboard.

It’s a combination of features reportedly used by many producers already, including Finneas O’Connell, who produced the tracks for his sister Billie Eilish and scored awards last year.

“Logic Pro X has always been my one and only DAW [Digital Audio Workstation],” said O’Connell.

“The workflow is unmatched, and the built-in sound libraries have been essential to my music from the beginning,” he said.

“Now with the addition of Quick Sampler and Drum Machine Designer, I’m getting back hours I used to spend in the studio building sounds and kits. This lets me spend more time writing new verses and editing 70-take vocals.”

Perhaps the best news for people using Logic Pro X is that there’s no cost to update whatsoever. Much like how new versions of macOS roll out free to users of Apple’s computers, if you already own a copy of Logic Pro X, you’ll get the Logic Pro X 10.5 update free.

New users to Logic Pro X can find it on the Mac App Store for $319.99, though there’s also a 90 day trial for Logic Pro X too, just in case you’re curious how the program works and whether you want to spend all that money on an app made for making music (or podcasts).