Changing the way the smart home looks and feels shouldn’t need a phone, and may not, with the addition of something from Nanoleaf.

The smart home doesn’t seem all that far away, but controlling it seems like a work in progress. Unsurprisingly, the moment your home starts to make that transition to a smart home, it also becomes very, very reliant on your phone.

That is one of the more annoying issues the smart home faces today, because the device we rely on for everything also becomes the remote for the smart home. What happens if you’re not near your phone, or if someone else is staying over and they don’t have access?

This is where physical smart home accessories and remotes will start to play, and while the area is likely to grow, we’re seeing one of these arrive.

It’s from Nanoleaf, a company that has been making some of the more interesting smart home lighting, arriving in triangular shapes to be stacked into each other for rather artistic DIY lighting.

Nanoleaf’s Remote is also quite interesting, sporting a dodecahedron design that makes it almost like throwing dice from Dungeons & Dragons, except much larger, functional, and without you needing to throw it (please don’t throw it, as it’s not made for that).

Each shape on Nanoleaf’s 12-sided polygon Remote represents a different thing you can trigger, essentially providing a faster way of controlling the scenes that opening your iPhone and changing things. Rather, it’s just tap the side of the dodecahedron you want, and the HomeKit scene will change.

You will need a HomeKit Home Hub in order to make it work, but that could be an Apple TV 4K, recent iPad, Home Pod, or the Rhythm Module that comes with the Nanoleaf lighting systems. However, once you have that, the Nanoleaf Remote is just another device that fits into the HomeKit world, even if its one with the most unexpected shape out there.

There’s no word on Android support yet, though we’ll let you know if and when that changes. 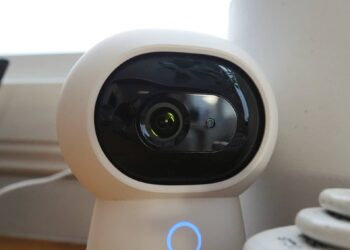 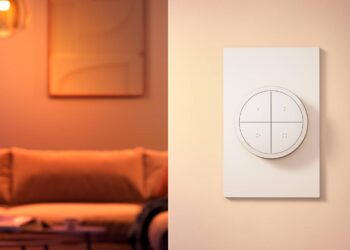 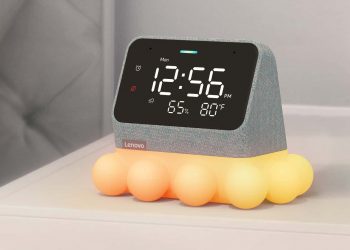