Learning programming can be seriously difficult to get your head around, but kids have one of the best chances because they’re young and are being shaped. Apple knows this and has developed a fun way to expose kids to programming for the iPad.

In what could be one of the more interesting releases of this week, Apple has a free app that is likely to draw the attention of parents and kids alike with “Swift Playgrounds”, a learn-to-code app designed to be fun and gradually teach how functions and coding elements work to people who may be beginners.

Made specifically for iPad, it’s basically a step-by-step guide to complex languages in a way that will gradually get kids — or anyone for that matter — coding in Apple’s “Swift” programming language, the system Apple uses for its iOS and Mac OS environments.

There’s a cute little animated character to guide you along, and what you’ll essentially be doing is moving him code by code by code, with each bit of script that kids learn imparting a small understanding of the step-by-step logic programming development works from, while also being given the opportunity to flex some muscle and play with your own coding in your own playground.

“Everyone should have the opportunity to learn coding, and we are excited to bring Swift Playgrounds to the next generation of programmers looking for a fun and easy way to explore key coding concepts using real code,” said Craig Federighi, Senior Vice President of Software Engineering at Apple.

“More than 100 schools around the world have already committed to adding Swift Playgrounds to their curriculum, and we can’t wait to see what students create with it.”

Testing the app this week, perhaps the most interesting part is just how inviting Swift Playgrounds is, offering an understanding of conditional code in a way that can always be presented on-screen. 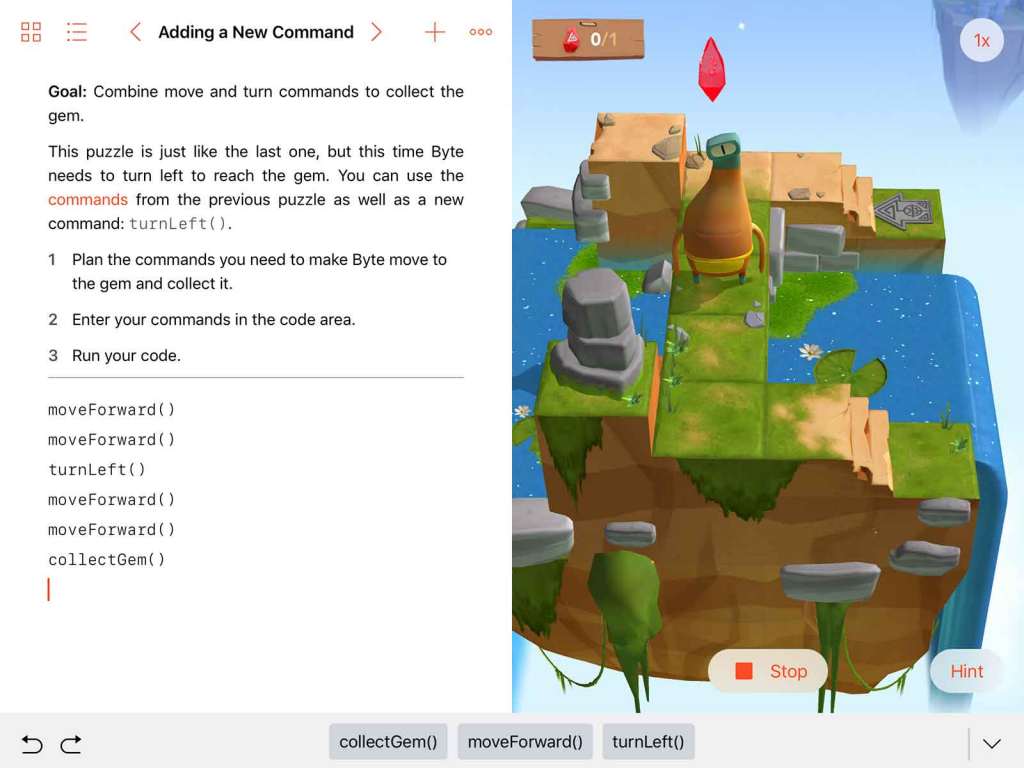 Much like common Markdown-based solutions, Swift Playground presents you with a split-screen approach allowing you to write and test code all at once, the left side being the coding playground and the right side being the demo system, always giving that opportunity to see what the code does.

Apple has even made some of the functions easy, because while you can write them by hand, the word suggestion part of the program at the bottom even gives you functions you might want to insert, like the spellcheck of the programming world.

There is a catch, and it does relate to the iPad which you definitely need — sorry Android folks, and sorry owners of the iPhone and MacBooks who may not own an iPad — and that is you have to upgrade to iOS 10 to get Swift Playgrounds.

Swift is technically the second major release of the week, following on from iOS 10 which was released overnight, with the iPhone 7 coming up on Friday.

You will need an iPad if you or your kids want to try this out, by the way, but the good news is that all of the new ones will support Swift Playgrounds, and every iPad barring the original thick one is upgradable to iOS 10, so that’s good too.